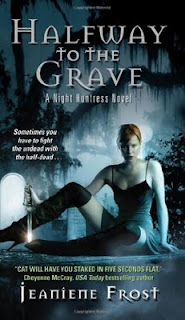 Forget food; this book is all about the drinks. And even though Catherine Crawfield is half-vampire, you can forget about the blood, too. Oh, there’s blood being drunk, alright – no Bones* about it – but it’s the least interesting beverage on the menu.

You might be surprised to hear that in this very fresh, modern piece of paranormalcy, the drink that caught my attention was moonshine.

One of the scenes in HttG is when vampire-hunter Cat has to get information from a ghost about recent killings that she’s looking into. The ghost, who was hanged in the sixties when one of his clients OD’ed on his moonshine, will only talk to Cat if she brings him moonshine. (And yes, she does tell him, You’re dead and you’re still an alcoholic. That’s so dysfunctional. Cat’s an easy heroine to like.)

So the cool thing about the scene is the delivery of the “white lightning”: Cat drinks it, and the ghost passes through her throat at the same time so he can “taste” it. And it’s not just a “float-through” – her throat is left burning from both the ghost and the liquor.

I just love when paranormal authors (sorry – authors who are themselves normal, but write about the paranormal) find a new angle for an old concept. Frost actually makes up quite a few of her own rules in her vampire/ghost/ghoul realm, and all of them are easier to swallow than moonshine. :)

*You have to read the book to get that.
**Most of the books discussed on this blog are YA, but this book is ADULTS ONLY.
Posted by Shelley Workinger at 10:31 PM 1 comment:

Then one day her Gran said she was old, dying, and must soon leave her.  The princess felt such sorrow at these words and begged to be able to do anything to ease her going.  'Anything?  Only one thing,' said the old lady, 'the princess must go outside the city walls and find the roast and bring it back.'  If she found the roast, the princess would find a magic so powerful that her life would become a wondrous thing.

So Ria, the Storyteller in the second of the Sefuty Chronicles, relates the story of the first Chronicle. Ria’s self-imposed mission is to turn recent and painful history into ‘Once upon a time’ stories to ease pain and hurt, already in this second book the prosaic is turned into magic.

Ellen’s Tale, the first of the Sefuty Chronicles, does indeed deal with roast lamb.  In a city that for fifty years has been living off manufactured food pastilles Ellen’s great grandmother, survivor of the Great Climate Wars, longs to taste ‘real food’ again before she dies.  Ellen is sent out to do her bidding.  Aided by Bix who is a genetically manipulated soldier she begins the quest.  Bix takes her to a village where food is farmed; this is where she will find roast lamb.

Ellen has never eaten anything other than the pastilles, she struggles with ‘real food’.  On her first day there she finds she is expected to eat it.

I tried.  I choked and spluttered.  I disgraced myself.  The temperature was too high, the texture was so strange and the taste was indescribably horrible.

I tried the food a second time.  A small mouthful as Bix advised.  Held it in my mouth.  It filled my mouth and not only stayed but seemed to expand.  It intruded into the whole cavity.  I was aware of roughness and grease …. Oh Gran, you never warned me.  It was horrid.  It was disgusting.  It was impossible.

Food of course is only a small part of what she has to struggle with on her course to a new life with Bix, because of course they fall in love and are then separated.  It is a love story of sorts!

The series is called the Sefuty Chronicles and the word Sefuty itself is taken from food security.  Se for security and fu for food, as it is pronounced.  The Sefuty Line is the route taken to transport food for the City.  Heavily mined and patrolled by the Feral Soldiers, such as Bix, it is a magnet for those who are starving, outside the walls.  The countryside outside the City walls is one devastated by war, reliant on the vagaries of weather and luck to be able to produce food.  Millions have died of starvation in the back story and survivors are on the edge of extinction.

Ellen and Bix will need to learn not only how to eat ‘food’ but also how to grow, harvest, and preserve it.  With no fossil fuel there are no tractors, fertilisers or pesticides.  Farming has crashed back to the labour intensive methods of a bygone age and, as then, a bad harvest caused by adverse weather, disease or pests could mean disaster. Food, and the lack of it, plays an important role in the whole series written and still to come.

And the ‘roast lamb’? Well, it’s my absolute favourite dish.

Thanks for stopping by and sharing some Food For Thought, Alberta!

Posted by Shelley Workinger at 8:18 AM 4 comments: 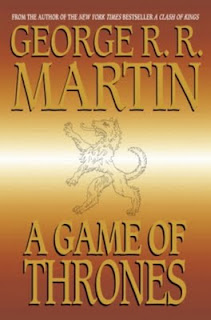 I’m a dedicated roadtripper, and my husband and I plan at least two trips a year in our car.  Most recently, we had a 7 day trip from lower New York up past Buffalo, crossing over to Toronto, driving east along the Thousand Islands, hitting Montreal and scooping down I-87 for the southern leg home.

When we got to the Canadian/US border, the patrolman peered into our backseat, eyes skimming over bags, boxes, Tupperware, and utensils.  She must have thought we had some eating disorder.  We’d more snacks than clothes.

In George Martin’s Game of Thrones, the story follows the multiple perspectives of ten characters.  And in almost every chapter, meals create mouth-watering backdrops to the action.  Three of the characters are in constant motion, up and down the countryside.  One, the exiled Princess Dany finds herself married into a strong tribe of nomadic horsemen.

Here, the feasts are decadent, lasting until dawn.

Each day, the khalasar caravan moves across the grasslands and great plains.  At night, battalions of slaves erect palatial tents made of fine silk and sweetgrass.  Then, like magic: the evening meal begins.  Roasted suckling pig with honey, stewed vegetables, and crisp summerwine. Martin depicts these scenes with care, and I’m off running for a glass of wine just to keep companionship with the moment.

But how realistic is this?

Dany’s lord-husband, the Khal commands 40,000 men, who follow where he leads.  40,000!!  How many wagons would it take to feed these men, let alone their wives and children, or the slaves, servants, and seductive dancers they have each night.

Well, it’s fiction after all.  The Khalasar is a powerful warlord and like the real warrior kings of Asia, Africa, and Europe, what the ruler wants he gets.

Then again, I remember being pinned to the door during our road trip, sitting precariously next to a cooler full of ginger ale and hummus, on top of which teetered a mountain of chips, pretzels, peanuts, and apples.  If we were part of the Khalasar caravan, I’m not sure where we’d pack the suckling pig!

Thanks for stopping by and sharing some Food For Thought, Melissa!

You can find Melissa at http://www.schrodingersmouse.com
Posted by Shelley Workinger at 8:26 AM 2 comments: 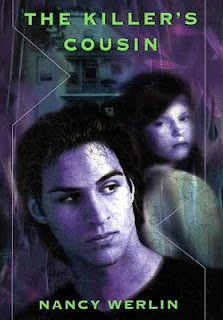 Ah, beef stew. It pretty much guarantees the ultimate feel-good family dinner, doesn't it? Not the stuff in the can (although I’m not at all against Mr. Dinty Moore), but the home-cooked love-fest of beef, carrots, potatoes, and thick gravy…

Well, if you’re Davey Yaffe and you’ve just been sent to live with your mother’s estranged family in another state after your lawyer-father got you acquitted of your girlfriend’s murder and everyone agrees you need a fresh start in a new place, it doesn’t mean much.

It takes Aunt Julia two full days before she’ll even be in the same room with Davey, and when they finally all sit down for dinner, Davey is as hungry for human interaction as he is for the savory stew. And he gets little of either.

After that opening, you have to hope that the meals and the relationships will get better for Davey, but then there’s the ghost upstairs and she’s hungry, too…