FOODFIC: Please Welcome Back Lorne Oliver, Author of The Cistern 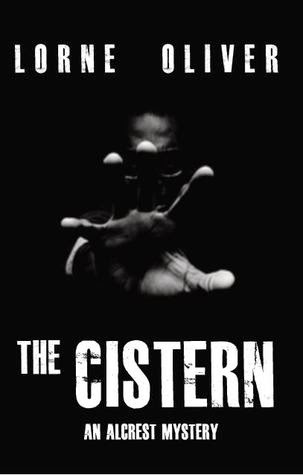 I asked the wonderful Shelley if I could do this write up and she graciously said yes.  Ten minutes later I wondered, Dude, what are they eating?  In The Cistern the main characters own and work at a restaurant, so it should be pretty simple.

I have worked in the restaurant industry for nearly 10 years and have always been amazed at the variety of the characters you find working there, as well as the crazy things that can go on, so I of course wanted to write something that took place mostly in and around a restaurant.  I had started a few ideas, mostly dealing with life and love, but none of it was really working.  I put the idea in a back file in my brain and went on.

A couple of years ago my wife got a part-time gig cleaning dealing with foreclosed houses.  The job was supposed to be simple:  take pictures of the building, inspect it, take note of any damage, clean it out and collect the cash.  House #1 had been abandoned for a year.  Going inside we were amazed at how much stuff was left behind.  Shoes, kitchen toys, a dining room set, kids skateboard, family photos, little kids drawings, one kids report card, candles…it was as if the family had to get out of Dodge in a hurry.  Right away the story ideas started churning.  What happened to the family?  Where did they go?  As we searched the main floor the ideas were bubbling and preparing to erupt.  Then we went into the basement.

If you read chapter #4 in The Cistern, Chrys and Spencer go to what they refer to as “The Creepy House” and pretty much do the same walk-through that my wife and I did.  And in the basement they find the same peculiar thing we did.

The hairs on her arms felt electrified at just the way her brother said her name.  He was already moving forward.
Spencer felt drawn to walk around these inside walls.  There had to be a door or something.  There had to be a reason for them to be there.  He said, “This is a concrete room.  The walls don’t go up.”
“What?”
“They don’t go all the way to the ceiling.”
“What?  Why?”

Here in Saskatchewan there are many old houses with cisterns in them. They are basically reservoirs for collecting rain water that can be used for many household things that don’t need filtration and all that. The tank at the back of your toilet is a cistern. This one happened to be about 10’ on each side and 6’ high with a trap door on top.  The ideas burst through the damn.I decided to put some old character ideas I had (it was actually a couple originally) but make them a brother and sister.  I brought back the restaurant idea and The Alcrest Mysteries were born.

Food is an important part to developing the characters.  Yes, I’m counting The Alcrest Gastropub as a character as well as the main ones Spencer (chef and owner) and Chrys (server and constant eater). It starts from Chrys adding hot chocolate powder to her coffee to what Spencer puts on the menu.  There are even a couple of bonus recipes in the paperback.  What they personally eat has not been completely delved into yet.  Restaurant workers are notorious for eating crap.  Spencer’s favorite late night snack, for instance, is Chocolate Frosted Pop tarts (toasted) and a bowl of chocolate ice cream.  Chrys, on the other hand, is also a dance instructor and jammer for a local roller derby team, so she tends to try and eat healthy.  Not to mention she rarely pays for her own food, so eating in their restaurant or others is a constant treat.

Chrys and Spencer are just regular people living regular lives amongst outrageous circumstances.  And, if you ask Spencer, amazing food courtesy of The Alcrest Gastropub.

Thanks for returning to share more food for thought, Lorne! 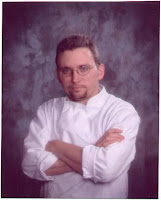 You can find Lorne here:

Posted by Shelley Workinger at 3:05 PM No comments: