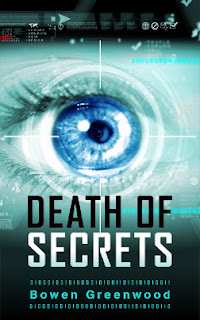 What we like to eat reveals something about us. If a character orders nothing but salad every time he eats, the natural conclusion is to wonder whether he’s concerned about weight, or cholesterol, or some such. If a dainty, petite woman calls for a sixteen-ounce sirloin and tells the waitress, “I want to hear it mooing,” a picture of her rural upbringing comes readily to mind.

That makes food and drink useful tools for writing. In my first novel, Death of Secrets, Kathy Kelver, the female protagonist, witnesses a murder and then gets accused of making a false report by the police. In response, she and her college roommate open a bottle of wine together at the end of the day. It brings them into focus; it makes them relatable. It helps the reader understand better who they are.

Later in the novel, on the run from deadly adversaries and trying to understand why, Kathy, her roommate, and the male protagonist, Mike Vincent, hole up in a hotel room. The following morning, Vincent brings the two young women breakfast: biscuit sandwiches from a local fast-food joint. Vincent is a Member of Congress but grabbing McMuffins at McDonalds brings him down to Earth. Under stress, he craves grease and salt just like any of the rest of us.

My most recent story is Distant Thunder: An Exile War Novella.* It’s science fiction and space opera, and food and drink help create the world and the setting. At a cocktail party, the main characters nibble on something like a snail from the oceans of Tau Ceti, and drink beer from the finest grains grown there. The food means nothing to the plot, but just by mentioning it, the reader knows this is an interstellar world, space travel is common, and different worlds take pride in their local cuisine.

Food and drink tell us who we are, what we want, where we live, and where we’re going. They’re part of what makes real life worth living, and they’re just as much a part of making up worlds. Any time a book makes good use of that recipe, I know I always come away hungry for more.

Thanks for stopping by to share your food for thought, Bowen!

You can find Bowen here: 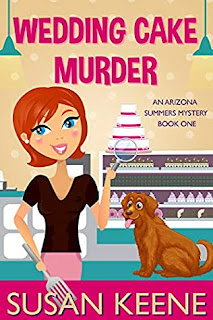 Arizona Summers is the fifth generation to own Moonstone Lake’s most popular eating spot. At one time or another, everyone in the area has eaten there. She has nightly specials geared to the area seniors and folks who can’t afford to eat healthy without help.. She sends her leftovers to the homeless camp nightly.

Food is a universal symbol of fellowship. It’s our common ground.

Arizona knows everyone in her town because of the café. People who don’t know her well feel at home with her because they have seen her so often over the years.

She puts people to ease with a piece of apple pie with cinnamon ice cream or a steak smothered with garlic butter and fried onions.

Folks begin to think of her as a friend. It’s a great way to dig up clues.

No one pays attention to her as she moves around the place hearing bits and pieces of conversation. If you sit down to have a serious conversation with someone the interaction can be formal. Add a cheeseburger, an order of fries and a coke to the encounter and tension melts. Your companion will focus part of their attention on the food and things get said they would have otherwise not revealed.

The recipes in The Wedding Cake Murder are kept simple for a reason. They give the readers ideas for special occasions but keeps them simple with ingredients usually available in their kitchen.

Thanks for stopping by to share your food for thought, Susan!

You can find Susan here: 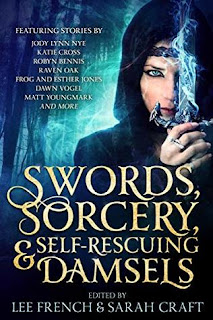 First of all, thank you, Shelley, for giving me this opportunity to talk about food and how it fits into the fantasy universe. After all, even fantasy characters must eat to live. But what are the foods available to them? I usually try to keep it simple so that food becomes a component of world-building.

In 2018, Lee French asked me to write a story for an anthology called Swords, Sorcery, & Self-Rescuing Damsels. In my heart, I knew it had to be set in the Tower of Bones world of Neveyah, and I wanted my heroine to be as complex and inventive as women are in reality. I had wanted to do a story featuring the minotaur soldiers of the Bull God, and this provided an opportunity to show them as human.

My protagonist is a slave, a woman whose tongue was cut out in her childhood. She uses a hand language to speak to the other slaves. In the Bull God’s world of Serende, all boys are taken to the priests at age fifteen and remade into minotaurs. Many don’t survive the remaking. Many minotaurs are left mute in the process, so all people of Serende are bi-lingual and use the hand language to communicate.

My protagonist meets a priest of the Goddess Aeos who has been taken prisoner. Against her better judgment, she agrees to carry his sword out of the lands claimed by the Bull God. She must carry it to the Goddess’s city of Braden to tell the Temple what had happened to him.

She walks out of her master’s domain and into the vast thorn forest with nothing but a sewing kit and carrying a weapon she has no idea how to use. When she leaves the Shadow Castle, she leaves her slave name behind.

She must forage for food, and in the thorn forest, there are some resources for those who know what to look for. The few yar blossoms and noe roots at the edge of the shallow creeks will keep me alive, but hunger is my companion. With my mutilation, I must chew carefully, chew and chew until they’re soft enough to swallow without choking.

She rescues a wounded minotaur soldier, Kerk. He gives her the name of Thorn Girl, and she embraces it.

Over the next few days, Thorn Girl tends Kerk’s wounds. Despite his terrible injuries, he guides her to the safer paths. She can forage but doesn’t know how to hunt, and Kerk is too ill. In the first days, he is able to fish, serving her raw fish, which she eats but isn’t sure she enjoys. They don’t dare have a campfire, so raw fish, yar blossoms, and noe roots are the sum of their diet but they don’t starve.

“Thorn Girl” is not a romance or a tale of sword-swinging prowess, but it does explore true strength and endurance. It is a tale of faith in the face of tragedy, bravery in the face of the unknown, and loyalty to the end.

I was so honored to have this little story appear with the amazing works included in Swords, Sorcery, & Self-Rescuing Damsels. Each and every tale in that volume celebrates the resourcefulness and resilience of women in all walks of life.

Again, thank you, Shelley, for this chance to discuss fantasy food and how acquiring food and what the characters eat helps to show the world in which a story is set.

Posted by Shelley Workinger at 9:31 AM 2 comments: