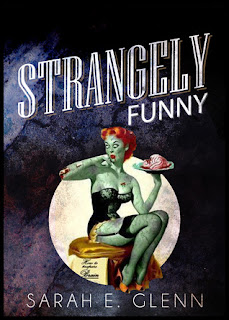 Looking at the cover of Strangely Funny you might think that knowing what’s on my character’s plate could make you ill. So, let me assure you that I’m not writing a monster.

In A Proper Job for a Lady, Atalanta Wilde is an attractive monster hunter with a keen fashion sense. Above all she is a lady. After all, one doesn’t have to look or smell like a monster to catch one.

In truth, Atalanta doesn’t have a lot to eat in the story. She is at the Wilde-Woods Inn because there is danger afoot. She believes a monster from long ago has returned and nobody will be safe until she finishes the work her ancestors began.

A nice cup of spiced tea and some of her cousin’s fresh baked bread do restore her spirits after a long dangerous trip.
Cousin Constance also provides her with trail rations before she sets out to find the monster. She doesn’t specify what those rations are, but knowing her cousin, they will be a delightful surprise for Atalanta.

Nothing bad comes from the kitchen at Wilde Wood Inn. Tall, stunning, Atalanta might turn every head in the room but they won’t stay turned when Constance fills the room with the aroma of her cooking.

Thanks for stopping by to share your food for thought, Gwen!

You can find Gwen here: 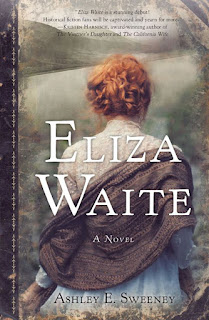 If cooking on a 19th century woodstove isn’t your cup of tea, how about adding living alone for three years on an almost uninhabited island in the Pacific Northwest? In 1898? Eliza Waite, our hearty protagonist, is largely self sufficient, although she rows (yes, rows) four miles across a strait to another island once a month for supplies.

Eliza’s a baker, first by avocation, and later by vocation. She measures by teacups and uses what she has on hand to create sweet and savory concoctions. All the 33 authentic pioneer recipes imbedded in the novel were gleaned from 19th century newspapers. Good thing I had friends vet them all; errors in six of the recipes rendered them unpalatable.

Here’s what one reader wrote about Eliza’s Johnny Cakes:

I grew up with grandparents who called cornbread "Johnny Cake" and who served it with black-eyed peas, sautéed greens, grits and hominy. This was NOT my grandma's Johnny Cake.

The recipe went together easily though I questioned the exclusion of fat such as lard or butter and thought it seemed a little heavy on the corn meal ratio. I "soured" some milk with lemon and added the mixed ingredients to an oiled cast iron skillet, which went into the stove for 20 minutes.

The result was . . . interesting. My husband called it “Johnny Particle Board.”

It looked nice and rustic in the pan, smelled good in the oven, but was dry as dust in the mouth. The first thing my husband asked was: "Didn't you add yogurt or chilis or creamed corn?" which are ingredients commonly used in our corn bread. I responded (hands on hips): “WOULD ELIZA HAVE HAD THOSE ITEMS IN HER CUPBOARD?!”

In this example, I amended the recipe to use lard, and my, what a difference! Delish. My favs are the Pecan Tarts, Country Apple Pie, and Marionberry Coffee Cake. But I’ll let you off the hook—you can use your gas or electric oven.

Bonus points for using a woodstove!

Posted by Shelley Workinger at 11:49 AM No comments: 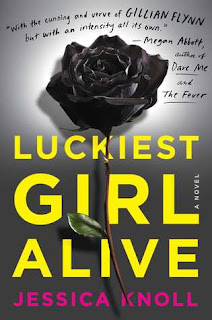 I immediately connected with heroine Ani FaNelli for the same reason I snort/cry-laugh at certain comedians* – her/their observations are just so true.

Ani gets me right away by sharing her contempt for her future wedding china. No bride wants to hear the ugly truth that she is going to end up with six bread plates, four salad plates, and eight dinner plates and then one day will take it upon herself to complete the set, only to discover the pattern will have been discontinued years ago. (Trust me, if not for Replacements.com, I would’ve quit searching Lenox warehouses, smashed one of my perfect little saucers, and used it to cut myself to stop the madness.

But back to Ani, who keeps me with her decision to snap out of this dreary future montage by going for a slice of the Patsy’s pizza she’s been fantasizing about since last Thursday – the comfort-food craving certainly exacerbated by the restrictive pre-wedding diet she, like any proper bride-to-be, has been enslaved by.

Her fiancé, Luke, on the other hand, turns me off instantly by announcing that he is not even hungry. Huh? What kind of guy isn’t hungry for pizza? From Patsy’s? I’m quickly seeing why Ani had to fight off the urge to stab him with the Shun back at Williams-Sonoma!

And then – then! – he goes on to criticize her drink choice (Montepulciano)! He’s not hungry for pizza, he thinks it’s too hot for red wine…at this point, I’m ready to red Sharpie the next page and wave it in Ani’s face. We’re only on page 3 and all I want is an invitation to this imaginary wedding so that I can jump up and object at the “forever hold your peace” part.

Okay, maybe I’m being a tad extreme. Perhaps Luke does have some (though probably not food-related) redeeming qualities. And perhaps this pizza-loving, wine-guzzling heroine isn’t all that perfect herself. I mean, if she really is like me, she’ll turn out to have a list of flaws longer than a Jersey diner menu. But my gut tells me I’ll be much forgiving of her faults than his. It also tells me to take this book and catch the next train to 69th Street…


*Do not read into this observation that Ani is funny. Or that this novel is. Neither is true. Trust me.
Posted by Shelley Workinger at 1:44 PM No comments:

FOODFIC: Please Welcome Beverley Jones, Author of Where She Went 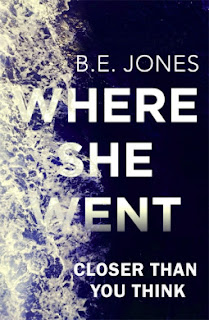 You might never look at family mealtimes the same way again once you’ve witnessed what goes on at the kitchen table in Where She Went.

The ‘heroine’ of the book is news reporter Melanie Black who just happens to wake up dead one morning. Yes, that’s right, she wakes up dead in bed, next to a man she doesn’t recognise and realises no one can see or hear her. Trapped in the house with Peter and his family she has to piece together the story of her own disappearance and death.

As you can imagine, career girl Mel is more than a bit annoyed at being bumped off and at being forced to endure the dull day-to-day domestic routine of Peter, his wife and their little boy Adam. Mel couldn’t be more different to obedient Eve and watching the little homemaker behave like the perfect 1950s housewife is a sort of cruel and unusual torture in itself.

Some of the key action takes place around the kitchen table where Peter exercises his own type of unpleasant control over his eager-to-please wife. For him, mealtimes aren’t just an opportunity to eat, they enforce his idea of how an ideal family should behave and how a devoted wife should act. Mel, of course, has nothing but scorn for Eve’s carefully prepared breakfasts with their perfectly boiled eggs and loose-leaf tea in a teapot, or for Eve’s beautifully made sponge cakes and brightly hosted lamb shank dinners.

Peter punctuates mealtimes with subtle acts of psychological abuse, his little ‘pass or fail’ tests where a soft-boiled egg that’s just a little bit too hard for a toast soldier dip is a careless symbol of a wifely failure that deserves punishment.

Anxious Eve is forced to smile through these endurance events while, out in the world, the news of Mel’s disappearance has made the headlines and a police search gets underway.

As Mel’s memory returns, and she begins to remember the last night of her life, it becomes clear that Peter’s capable of much more than petty acts of emotional violence. But Mel herself is no angel and she’s not above playing a few little games herself, while she kills time before she decides on her method of revenge. Imagine an invisible and uninvited guest at your kitchen table with an axe to grind– that’s Melanie – and she likes to whisper things in your ear, even if you don’t realise it. Now that’s probably enough to make anyone lose their appetite!

Thanks for stopping by to share you food for thought, Beverley!

You can find Beverley here:

Posted by Shelley Workinger at 10:35 AM No comments: