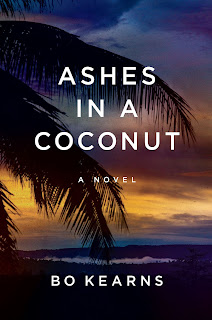 For hundreds of years beginning back in the 16th century, Indonesian islands monopolized the spice trade. The country’s flavorful cuisine reflects that bygone era. In Ashes in a Coconut, Manhattan fashion designer Laura Harrison sets aside her career and accompanies her banker husband Jack to Indonesia to save her marriage. There are several scenes in the story where Laura and Jack experience the diverse local fare.

In Jakarta, they’re served gado gado, vegetables in a hot chili and peanut sauce, and a large bowl of steamed rice. Jack comments that he’s heard rice is used to calm the spice. Laura speculates that could be why there’s so much of it.

In the Hotel Kediri’s elegant ballroom, waiters scurry about making last minute preparations for Laura and Jack’s welcoming reception. Over 500 guests have been
invited. Laura fidgets concerned she might do or say something offensive to the local culture.  An ice sculpture in the shape of a mythical bird dominates the buffet table. Its translucent wings extend over an array of exotic foods: chicken satays, nasi goring, giant prawns with a spicy-looking red sauce and a pyramid of colorful tropical fruit. Laura selects a prawn and dips it in the sauce. Overcome by spice, she chokes; her eyes water. She struggles to catch her breath and her plate tilts. Red blobs fall onto her white dress.

Fortunately things get better. Nissam is the cook in Laura’s household. Having worked for expat families of different nationalities, he comes with a range of recipes: boueuf bourguignon, pasta primavera, chocolate mousse, and Mandarin Chinese to name a few. He knows how to temper Indonesian dishes to accommodate the Western palate, without sacrificing the special flavors.

The novel takes place in the 1980’s. The Palms is an upscale restaurant set in an old  mansion. Maroon velvet curtains frame tall, corniced windows and crystal chandeliers hang from the ceiling, evidence of an era long ago.  The menu includes rijsttafel— a medley of island foods concocted by the Dutch colonials. Twelve sarong-clad young women each carrying a large platter with a different dish serve it. Laura thinks the elaborate presentation a bit much. She hopes Jack won’t order the concoction, though she suspects he will. He enjoys the spectacle. Soon twelve women parade in and line up behind Jack’s chair. One at a time they step forward, smile and dish food onto his plate. Laura casts an eye roll in his direction. A selamatan is an Indonesian celebration of gratitude where food takes center stage. Having survived a life-threatening incident, Laura and Jack host a selamatan. Guests sit on the floor on a carpet and an imam chants a prayer. The main meal attraction is nasi tumpeng, a yellow, cone-shaped steamed rice dish made with turmeric and coconut milk. It’s served on strips of banana leaf along with: rending (beef curry), pisang goring (fried banana), empal (sweet and spicy fried beef), sambal telur (hard boiled eggs in a pepper sauce) and sayur-sayuran (cooked vegetables). The guest of honor cuts the cone.

Pungent foods are often found in the cuisine of hot, humid locales. Some speculate the sweating that can accompany eating spicy food, ultimately has a cooling effect. Others say the anti-microbial property of many spices deters food from spoiling. Yet with air conditioning and refrigeration, spicy food persists. A more likely explanation is that it’s part of the culture. People in tropical countries begin eating spicy food at an early age. They become desensitized. So perhaps if Laura and Jack subsume enough local food, they might become desensitized, too.

Thanks for stopping by to share your food for thought, Bo!

You can find Bo here:

Bo Kearns, journalist and writer of fiction, is the author of Ashes in a Coconut, a novel set in Indonesia where he lived for three years. He is a feature writer with NorthBay biz magazine and the Sonoma Index-Tribune newspaper. Several of his short stories have won awards and been published. He is a certified UC Naturalist, beekeeper, avid hiker and supporter of conservation causes. He lives in the wine country of Sonoma with his wife and rescue dog, Jake.
Posted by Shelley Workinger at 11:33 AM 1 comment: 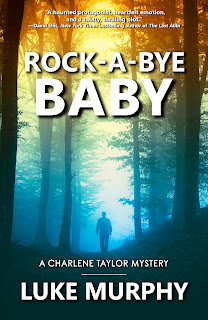 I love this blog! So many writers take food, and other important aspects of life, for granted in their books. Make sure that you include meal times, sleep times, etc., because people can’t live without food and sleep, even driven law enforcement types.

I’ve been asked to write a few things about the importance of food in my new novel for the blog. So I thought about what might go well with my new novel and my main character, Charlene Taylor. As a busy, on-the-run detective, who needs food for fuel, Charlene doesn’t always have/take the time or worry about eating. Luckily, Charlene has a loving, caring mother nearby to take care of her (moms are the best).

Charlene’s mother loves to bake, and she keeps her daughter fueled with hearty, nutritious home-cooked meals/food. In this newest story, even though Charlene’s adventure takes her from Los Angeles (her home) to Denver (visiting her sister). Luckily, Brenda Taylor tags along to see her daughter and first grandchild, so she is still able to supply Charlene with warm, home-baked, directly-from-the-oven blueberry muffins, so she doesn’t have to slow down while investigating a case.

As the investigation tightens and becomes tenser, Charlene goes lengthy spurts without food or fueling up, and her mother, who was married to a cop for over thirty years, knows what it takes to get them through.

Charlene is lean and athletic, takes care of her body both with the food she eats, and the physical activity recreational activities she takes part in. So knowing the importance of staying in great physical shape and keeping up her energy for a tough, high-speed investigation, I needed food that caters to her lifestyle.

Thanks for stopping back by to share more food for thought, Luke! 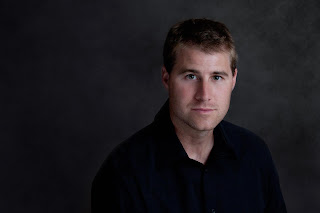 You can find Luke here:

Books on Amazon
Posted by Shelley Workinger at 11:23 AM 1 comment: