Are you thinking that name sounds familiar? That maybe I've toasted Max before?

Well, you're right! And Max has been up to more good work that I wanted to share with all of you.

Max is now a 17-year-old college junior (yes, you're reading that right; yet another reason to celebrate!) and still working hard as an Alzheimer's researcher and advocate, which is what led to his newest accomplishment: 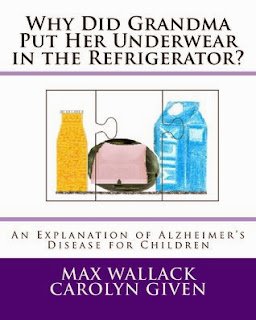 Max worked with Carolyn Given on this book "to provide some helpful coping mechanisms to the many children dealing with Alzheimer's disease among their family members." And 50% of the profits from book sales will go to Alzheimer's causes!

And to read about Max's first major project, Puzzles to Remember, visit:
http://bookfare.blogspot.com/2013/03/toastworthy-teen-max-wallack.html


Do you know a toast-worthy teen you’d like to see featured here at BWATE?
Comment below with your email address so we can get a post together!
Posted by Shelley Workinger at 11:07 AM No comments: 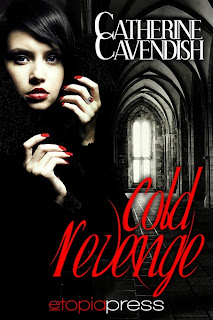 Beware when a stranger prepares your favourite meal…


You all know the old saying, “Revenge is a dish best served cold”. Well, what if it was? An actual dish? In fact, what if it was your favourite appetiser? You have no idea how your mysterious hostess found out what you love to eat most in the world and you are delighted. You sit down to eat, already salivating at the thought of the delicious flavours your mouth is about to savour.

You select a morsel, aware that your partner is gazing at you quite intently and that your hostess isn’t missing one iota of detail of the proceedings. You open your mouth and...

Suffice it to say, that’s when nothing good happens. At least for the four hapless individuals who variously take centre stage in my paranormal horror novella, Cold Revenge.

For no apparent reason, Nadine, Maggie, Gary, and Nick are invited to dinner at the lavish home of top fashion writer, Erin Dartford. But why has she invited them? Why doesn't she want her guests to mingle? And just what is it about the mysterious Erin that makes them want to run for their lives?

So, just what are their favourite dishes? The ones that turn out to be so deadly?

For Nadine, a top fashion model with a death on her conscience, it has to be delicious, lean Parma ham, wrapped around juicy slices of melon and peach. Mouthwatering.

For Gary, who hides a terrible secret, it can only be dressed crab. Yum!

Maggie, a bestselling novelist who cheated on her husband while he lay dying and in agony, adores beef carpaccio.

Finally, ruthless advertising man, Nick. He has far more on his conscience than Dan Draper, but he’s looking forward to digging into his antipasto misto.

Four people, four delicious starters – and Erin Dartford, a hostess who hasn’t bothered to prepare a main course. After all, if all goes according to her plan, there will be no one left to eat it.

Thanks for sharing your food for thought, Catherine! 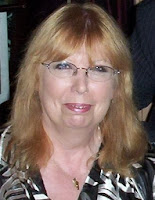 Catherine Cavendish lives in North Wales with her husband and a slightly eccentric tortoiseshell cat. She has had a lifelong fascination with the paranormal and has had a number of ghostly experiences herself. When not scaring herself half to death with her writing, Cat loves to visit haunted locations and surround herself with books (not necessarily at the same time). She is currently working on a new paranormal horror story.

And You can buy ‘Cold Revenge’ here:
Amazon.co.uk Amazon.com
OmniLit
Barnes and Noble
Kobo
Posted by Shelley Workinger at 11:59 AM 5 comments: 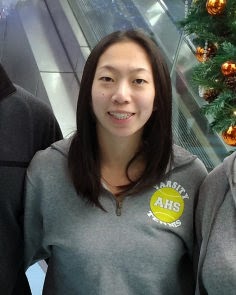 
Kristen Law has loved mechanical science since even before she joined the Andover High School Robotics Club which she now captains, and it was the 17-year-old’s life-long passion for the subject that inspired Destination STEM.

The mission of the non-profit founded and run by Kristen is to “promote girls’ early engagement in science, technology, engineering and mathematics (STEM).” One major way they do this is by providing FREE science camp for girls entering grades 3-9!

Oh, and Kristen also makes time to maintain the website she built for FIRST (For Inspiration and Recognition of Science and Technology), the regulating body of Michigan state robotics competitions.
Kristen says she just hopes to “be an inspiration to other kids.” Clearly, she already is. ;)

Do you know a toast-worthy teen you’d like to see featured here at BWATE?
Comment below with your email address so we can get a post together!
Posted by Shelley Workinger at 2:41 PM No comments: 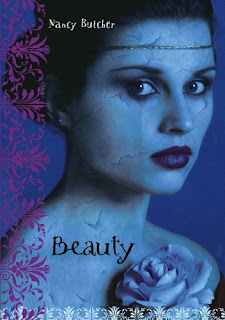 Beauty is a variation of Snow White…except Queen Veda is Ana’s real mother, and, instead of using a magical mirror, she continually checks her status as most beautiful in all the land with an actual man. More specifically, she gets her answers from the colors the Beauty Consultant’s eyes glow, and they, like the fairy tale mirror, cannot lie.

Also unlike Snow White, Ana is keenly aware of her mother’s vanity, and she deliberately sabotages her own appearance to keep off the queen’s radar. She does damage in the most obvious ways, like not bathing or brushing her hair, as well on a larger scale by eating nothing but junk food to stay overweight. The very first time we meet Ana, in fact, she’s refusing fruit and ordering a full dozen pastries – ½ bitter chocolate and ½ cloudberry, which I immediately assumed was, like the magical eyes, a product of the author’s imagination.

So I was quite surprised to discover that not only is cloudberry an actual fruit, but that it’s found everywhere from Siberia to Alaska to New Hampshire! Turns out the berries are eaten fresh, frozen, with cream and sugar, in jam, in juice, and even used to make liquor. Who knew?

Oh, and the cloudberry is sometimes referred to as a “bakeapple,” making its appearance in this story yet another allusion to Snow White, perhaps?

Anyway, now I feel like I need to try and get my hands on some berries (or maybe even seeds) to see if I can grow some of this magic myself…but only after I see how Ana’s story turns out. ;)
Posted by Shelley Workinger at 11:34 AM 2 comments:

This week's toastworthy teens (and tweens) are some incredible Michigan footballers who truly exemplify what it means to be a team player both on the field and in everyday life. I am so impressed by all of these young men, from Keith, who can't hug his teammates enough, to quarterback Parker and the other players who devised a plan to return the love, to Justice, who delivers a profound message which I hope all viewers will take to heart.

Anyway, I'm going to stop now and let you hear their story from them, since they tell it best:

Posted by Shelley Workinger at 11:56 AM No comments: 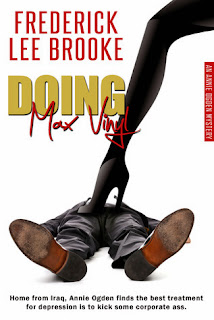 Doing Max Vinyl tells the story of three women setting out to make this the worst week of Max’s life. They wouldn’t dream of doing the things they do if he didn’t provoke them. Sometimes Max Vinyl just can’t help it.

Max’s environmentalist secretary, Tris Berrymore, also happens to be his lover. She joined the company and fell in love with Max because he heads his own computer recycling company. A recycling king, she thought. Until the day she discovers a large part of the computer junk coming in actually goes out on barges in the middle of the night, only to be dumped ten miles offshore in Lake Michigan.

It’s almost enough to make a girl lose her appetite. A confirmed vegetarian, Tris eats meals that consist of alfalfa sprouts, tomatoes and yogurt. In response to Max’s dumping, Tris dumps Max, breaking his heart. When he arrives at her door with ten dozen roses and brimming with boyish confidence, Tris attacks him with pepper spray through the crack in the door.

Max, for his part, will eat steak or fish or pizza, whatever’s served, as long as it’s tasty. He never drinks more than one glass of wine, because he loves being in control.

More than his taste buds, Max is a slave to his olfactoral sense. When Tris sends him a padded envelope containing a few pairs of his briefs, from which she has snipped out strategic sections, Max breathes in the lingering aroma of her perfume, Passion by Chanel.

Of course, Max’s ex-wife, Ginger, knows very well how to lead him by the nose. When he comes calling at Ginger’s one night, smarting from the breakup with Tris and covered with scratches from the roses, Ginger puts on the old orangey perfume that always drove Max crazy back in the day. Sure enough, after a simple dinner of pasta with olive oil and garlic, with a glass of white wine that tastes vinegary to him, Max finds himself back in Ginger’s bed. How low can you go? he thinks miserably the next morning.

Ginger’s problem is that Max never pays his alimony on time, and she’ll do just about anything to teach him to behave. She starts by arriving unannounced at his office with a gooey chocolate cake. In the end, Ginger uses her wiles to force Max to open the safe and fork out the cash he owes her. She’s not even surprised to learn that Max used her measurements for the combination. “Those use to be my measurements, Max. They’re not anymore.”

Annie Ogden has a different reason for wanting to do Max Vinyl. A bacon-cheeseburger sort of woman, Annie is just back from four years of active service in Iraq. Annie’s anger lurks close to the surface anyway, so when two of Max Vinyl’s employees threaten her sister, Annie decides it’s time to kick some corporate butt.

The three women never meet, and don’t join forces directly, but their combined efforts create a mighty unpleasant series of events for Max. Along the way, there are lots of laughs at the antics of many colorful minor characters. I hope this account has managed to whet your appetite. Want to know if he escapes with his life? I guess there’s only one way to find out ...

Thanks for stopping by to share your food for thought, Fred!

Frederick Lee Brooke is the author of the widely-acclaimed Annie Ogden mystery series, which includes Doing Max Vinyl, Zombie Candy, and Collateral Damage. A consummate jetsetter, he was born and raised in Chicago and has lived in Massachusetts, Montana, France, and Germany. He has called Switzerland his home for the past two decades, and travels widely throughout Europe (at latest count, he has visited Italy over 50 times!).
Brooke’s love of the written and spoken word is vast—not only has he taught English in various European schools, he also knows French, German, and Italian, and dabbles in Turkish in his spare time. This love of language led him to quit his day job two years ago and focus on his original dream: writing fiction. When not writing books, his three kids (and their homework) keep him busy. He is currently working on a new series of thrillers and, once that’s done, he might take some time to visit one of those Swiss chocolate factories (but only for the free samples). He can often be found chopping vegetables in the kitchen, and makes a mean lasagna.

Sign up for his newsletter and read all about
his travels, recipes, and upcoming works:

You can also connect with him at the following sites:

And you can find all of the Annie Ogden mysteries here:

Posted by Shelley Workinger at 1:26 PM No comments: