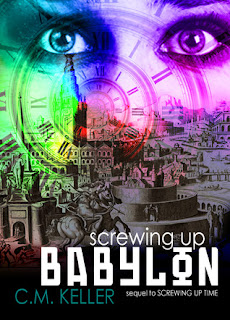 When Shelley asked me to write about the food in my Screwing Up Time series, I was excited.

Probably because I’m a foodie and so food plays an integral role in my time travel novels. Henry, the main character in my time travel novels, is always dealing with food. If it’s not because of his mom, a dyed-in-the-wool, organic health food nut, who serves tofu-turkey for Thanksgiving or his sister Kate and her midnight trips for fries and Whoppers, it’s the food he encounters while he travels in other times and places.

After all, how can you visit the Middle Ages and not experience eel pie or a cockentrice (a combination of a pig and a chicken sewn together and cooked)? Because let’s face it, cockentrice is cool. And eel pie is just weird.

But food is more than setting and characterization. It’s also part of what drives the story. Even in our real lives, food is part of the plot. At holiday times, we come together to share a meal. Engagements happen over candle-lit dinners. Even many religious ceremonies like Communion and Passover involve food. So too, food helps drive the plots of in the Screwing Up Time series. In Screwing Up Babylon, a monkey with the aim of a Yankees’ pitcher in a pendant-winning year nails people with limes in Babylon. And when the beast is tamed with candied orange peel, Henry discovers the key to rescuing a woman from the harem. Or in one of my favorite scenes from Screwing Up Alexandria, Henry steals a mug of Sumerian beer so he can mix up a time travel elixir and save the woman he loves from being sacrificed.

Oddly enough, the food in my novels often drives the plot of my own life. Because if I’m going to write about ancient beers, candied orange peel, and eel pies, I have to know how they taste. The beer was great. Candied orange peel is delicious. And eel pie…okay, I didn’t really make eel pie. But I ate smoked eel, which is probably close enough, and it was surprisingly good. 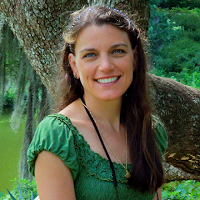 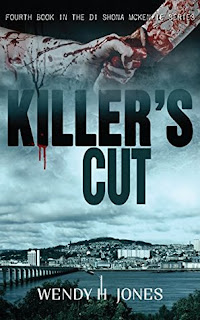 
Scots and food are inextricably linked. Long cold winters mean that hot, high calorie food is enjoyed with relish. Scotch broth thick with barley and brimming with vegetables, and stews made with the best Scotch beef are staple fare. Fodd that warms 'the cockles of your heart', or 'sticks to your ribs' as my grandmother would often say. 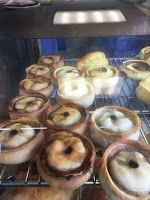 Italian immigrants brought fish and chips to Scotland and so began a love affair with all things deep-fried. Fish, dipped in batter and then fried to golden perfection, is served with fat succulent chips. Scotch pehs are also a much loved delicacy. Peh is the local Dundee word for pie. This is short cut pastry filled with spicy minced beef and dripping with grease. The pastry crumbles in your mouth and mixes with the mince causing a flavour akin to ambrosia.

The Detective Inspector Shona McKenzie Mysteries are set in Dundee. Shona and her team work long hours and the food they eat to fuel them is integrated throughout the books. In fact they eat a lot. Bacon rolls feature regularly with huge Scottish morning rolls filled with several thick rashers of bacon. Tattie Scones are another Scottish breakfast delicacy particularly enjoyed by Sergeant Peter Johnston. These are flat, made from potato and, you've got it, fried.

Dundee has had a long relationship with India due to the jute that came in to the ports. Therefore Indian curry is widely available. Shona's favourite food is anything from an Indian takeaway therefore she often orders it in for the team to enjoy.

Some of the best cakes in Scotland are made in Rough and Frasers bakery in Dundee, as are the pehs. Therefore, Shona often nips in to buy cakes for the team. They say an Army marches on its stomach; well, so do the police. They do in my books anyway.

Thanks for stopping by to share your food for thought, Wendy!


Wendy H. Jones lives in Scotland, and her police procedural series featuring Detective Inspector Shona McKenzie, is set in the beautiful city of Dundee, Scotland. Wendy has led a varied and adventurous life. Her love for adventure led to her joining the Royal Navy to undertake nurse training. After six years in the Navy she joined the Army where she served as an Officer for a further 17 years. This took her all over the world including Europe, the Middle East and the Far East. Much of her spare time is now spent travelling around the UK, and lands much further afield. As well as nursing Wendy also worked for many years in Academia. This led to publication in academic textbooks and journals. Killer's Cut is the fourth book in the Shona McKenzie Mystery series. 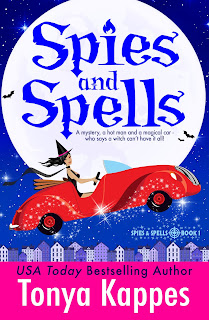 There is just something about going to a diner in a small town. . .

I grew up in a small rural Kentucky town. It’s one of those thing when someone asks me where I’m from, I’m going to say the county name instead of the city. That’s just the way a small town rolls.

That is just ONE of the things that I loved about growing up in a small town in the south.

In most small towns there is that one diner, the one greasy spoon that no matter what time of day you go, there is a line and the counter stools are filled with the same local, little old men in their John Deere hats with a cup of coffee in their hand.

When you go to open the door, you have to give the bottom corner a little tap with the toe of your shoe because it gets a little stuck every once in a while and the above the door dings as soon as you fully open it, our hearts swell with joy. Then our stomach rumbles as the smell of homemade biscuits, sausage gravy, and bacon grease swirl and curl around our nose with strong coffee chasing shortly after. Our eyes scan the top of the full diner just so we can find a couple available seats. After we find that seat, our usual waitress, the only waitress, comes over and fills the foggy plastic glass with the chip in the rim with water and a pot of coffee dangling from her hand. You don’t need a menu. You know what they serve at your diner as if it were tattooed on your brain.

And just thinking about that fried egg has your mouth watering. . .

Awe. . .wasn’t that a great step back into a wonderful memory? What about your memories? Do at least half of them revolve around food?

Food is such a wonderful way to gather people. It is magical really. Food creates community, builds relationships, and fills our souls. Doesn’t this sound exactly how a novel should feed your mind?

I think so too! In every single novel, mostly all in series, I’ve written (twenty-six published), I make the diner and settings of my small, southern towns just as much a character as my heroine and hero. It’s a comfort to the reader to open a novel in a series and know what it feels like to flip the first page and step back into the diner they have grown to love because of all the warm and fuzzy they get from visiting.

Thanks for stopping by to share your food for thought, Tonya!

You can visit Tonya here:

Tonya has written over 20 novels and 4 novellas, all of which have graced numerous bestseller lists including USA Today. Best known for stories charged with emotion and humor, and filled with flawed characters, her novels have garnered reader praise and glowing critical reviews. She lives with her husband, two very spoiled schnauzers and one ex-stray cats in northern Kentucky and grew up in the small southern Kentucky town of Nicholasville. Now that her boys are teenagers, Tonya writes fulltime but can be found at all of her guys high school games with a pencil and paper in hand.
Posted by Shelley Workinger at 6:59 AM 2 comments: 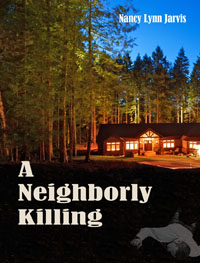 Realtor and occasional amateur sleuth Regan McHenry keeps chocolate chip cookie dough in her freezer ready to take and bake at open houses to create a homey feel. It’s an old Realtor trick, well, that and putting a drop of vanilla on an electric burner to accomplish the same aromatic lure.

So it’s natural that she would bring chocolate-laced melty comforting cookies to the wrongly accused in their jail cells or to use food to gather clues. When she doesn’t have quid-pro-quoi information to exchange with her policeman-friend Dave, she’s been known to loosen his lips with scones. (And he’s been known to cause a dinner disaster with a well-timed call and tidbit of information that makes her forget to stir her risotto.)

But in the latest Regan McHenry Real Estate Mystery, A Neighborly Killing, due out this month, Regan uses a full dinner as a culinary carrot to catch her crook, a recent émigré from Columbia:

Hector Gonzalez was due for dinner at 6:00 on Thursday. Regan was still going to play bad cop to Tom’s good cop, appropriate especially since she knew Hector was woman averse. She was going to come across as the perfect hostess, though, and had researched traditional Colombian meals. Potato-filled empanadas, tidy little fold-over pastries that took forever to prepare, were on her list for hors d'oeuvres . The rest of the meal was a traditional Colombian banadeja paisa, a platter laden with red beans cooked with pork, white rice, ground meat, eggs, chicharrón, plantain, chorizo sausages, corn pancakes called arepa, avocado, and lemon. The great commonality all the food except the rice, avocado, and lemon had was that it was fried. Authenticity set off the smoke alarm in the kitchen twice as Regan perspired over her creations.

Her plan would have worked, too, if during the after dinner conversation she and her husband hadn’t overplayed their hand by suggesting to Hector, a self-styled “Highly Sensitive Person,” that there were spirits of the dead nearby and scaring him so badly he fled before incriminating himself. Oh well. At least their failure wasn’t because of her cuisine.

Thanks for stopping by to share your food for thought, Nancy!

Books on Amazon
Posted by Shelley Workinger at 9:38 PM 1 comment: 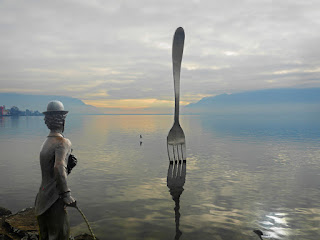 NO FOOLIN' ;) I'm thrilled to celebrate another year of delicious reads!

This year I dug into:

These fabulous authors also stopped by to share their food for thought:


With so many great guests this year, I didn’t get to blog about every book I read. And, to be fair, not every read lends itself to a good FoodFic discussion, either because the food in the story doesn't jump out at me, or my schedule’s already full for the year, or a book’s subject matter is too dark or serious for me to lightly chat about here.

Anyway, below are most (I’m sure I’ve forgotten a few) of the books I read over the past year that weren’t reviewed here at BWATE?