Instead of just filling you up with the details of what I've devoured this delicious month, I've decided to give you a menu from which you can make your own selections.

I can't tell you what foods you will encounter in each title, but rest assured that in every one of these works of horror, someone is eating...or being eaten. ;)

Feel free to add any tasting notes below!   Shelley W. 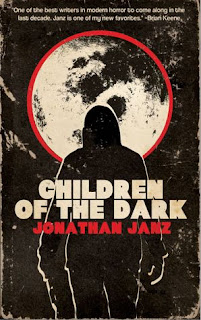 1.  Children of the Dark, Jonathan Janz 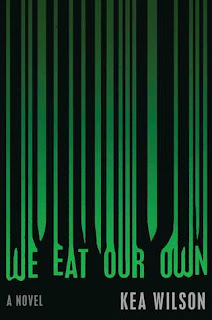 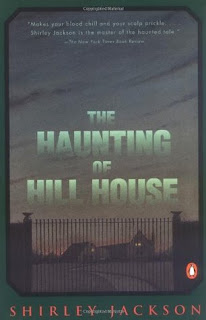 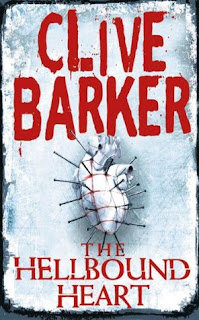 
*Compiled by Booklist
**Complied by The Lineup
Posted by Shelley Workinger at 4:32 PM No comments: 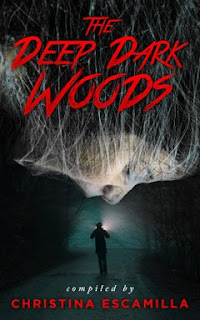 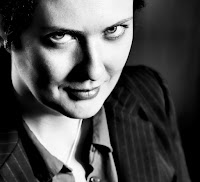 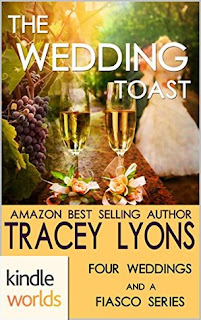 Recovery takes on new meaning in my short novella, The Wedding Toast, when the Rose Chalet, wine, and weddings are in the picture. Heather Bowman finds herself in romantic San Francisco on an assignment that suddenly involves more than nursing. From the moment Heather sips the first glass of Denafrio estate wine she knows her palate and her life will never be the same again. The electricity of true love is sending currents through the air from the lush vineyards of Napa to the storied California Coast.

For Scott Denafrio food wasn’t worth eating unless it was accompanied by a glass of good wine. Lucky for him his family owns a winery in Northern California. What are some of his favorite pairings? Chicken or fish with some of the estate grown white wines, Pinot Grigio or one of their summer blend wines with light notes of citrus flavors and hints of vanilla.  Or better yet, beef tenderloin paired with the headier notes of his very own signature, Midnight Blend. The flavors of Merlots and Malbec all intermingled in one sexy bottle.

Of course, he’s more interested in getting the pretty Heather Bowman to give up her dreams of returning to the Northeastern part of the country. And what better way to show her seduce than with some of the best food San Francisco has to offer.  To him there is nothing as delicious as a soft shell crab BLT or, better yet, a Crab Louis salad. Maybe he’d even go so far as to add the famous, fresh-out-of-the-oven, sour dough bread.

Sharing great food and wine all with a stunning woman and a view of the San Francisco bay bridge…life doesn’t get any better.

Thanks for stopping by to share your food for thought, Tracey!

You can find Tracey here:

Books on Amazon
Posted by Shelley Workinger at 9:42 PM 1 comment:

I love this idea! What a fun, creative and exciting way to talk about our books and characters! So let’s get going!

When I was in the early stages creating my War of Whispers fantasy series, I had to decide how much world building to delve into. Did I want to create a fantasy rich in detail (like GRR Martin) or something like The Hunger Games?  I found (IMHO) a happy median and focused on topics that interested me. I’d much rather watch a cooking show than a political exposé on CNN, so food and dining ousted political/economic backstory. Plus, a meal (or lack thereof) will tell you more about a country or a character’s economic situation than a discourse on finances.

The next hurdle was this: what would my heroine, Elabea (pronounced “Ella-bay”) eat in her dystopian, medieval-like world? Since her nation, Allsbruth, is relegated to an agrarian life by their adversaries, the Ebonites, their diet consists of vegetables with meat coming from what they could hunt. In Chapter 1, while debating the Oracles of the Cauldron with her mother, I chose porridge as her breakfast meal. It is one of their staples, yet is bland and simple, all of which reflect her dull, oppressed life.

Despite their harsh conditions, the Allsbruthians are still able to brew their noteworthy tea. Inspiration for this came from one of my favorites, a spicy brew made by Celestial Seasonings called “Bengal Spice.” Tea drinking is thread throughout the stories but I did so sparingly, which is the culinary secret to using any spice.

Since I love to cook, I created a nation—the MerriNoons—who are hailed as culinary masters. Digri, a MerriNoon who befriends Elabea, emphasizes this point. “Allsbruthians know nothing of cooking…too much fire. Too little spice.” When Elabea is invited to dine with the MerriNoons, she marvels at the sights and aromas.  “The air was filled with the fragrance of hickory-smoked meats, yeast breads, rich spices and fresh herbs.”

The Ebonites, who were the victors in the Dark War, are on the other spectrum. They enjoy the spoils of war: the best art, coffers filled with coins & jewels, and of course, the finest food and wine. To emphasize this lavish lifestyle, I have scenes where Brairtok, their king, dines in opulent splendor while gorging himself on roasted pheasant, boar, fruits, desserts…

In Book II, Martyr’s Moon, I have a key chapter set around an elegant meal where the conversation is as delicious as the food in the banquet hall. But to describe it here would be a “spoiler alert,” so I’ll leave it for you to discover on your own.

If you’re like me, nothing is better than a good meal shared with good friends. Unless, of course, they are characters in your book!

Thanks for stopping by to share your food for thought, Jay! 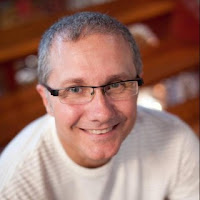 You can find Jay and his books here:

Posted by Shelley Workinger at 1:34 PM No comments: