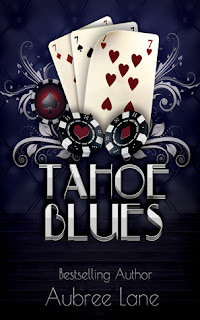 The Culinary Delights of Tahoe Blues

From the upscale Jakes on the Lake to Rookies Bar & Grill, the food around Lake Tahoe can’t be beat. Our heroine, Cara Lee Greene, is ready to sample it all. Recently divorced from the city’s most successful casino owner, Cara’s new found freedom is severely hampered when the State of Nevada straps the most unappealing piece of jewelry around her ankle. Under house arrest for a crime she didn’t commit, Cara is forced to rely on her lawyer and private detective, David Crandall, to set her free.

With little else to do but eat, it isn’t long before Cara’s cupboards are bare and takeout becomes her mainstay. Isolated from her friends, Chinese food, French bread and her favorite wines from California are more than mere nourishment, they become Cara’s lifeline to a world she is no longer allowed to take part in.

Mrs. Grimes, a neighbor and the baker of the most delectable muffins and cookies Granite Gages Estates has ever seen, is convinced the apartment complex’s new managerial assistant is behind the infamous, Cara caper. Leaving the flour and eggs behind, Mrs. G. ventures out of the kitchen to conduct an investigation of her own.

How will it all turn out? You must pick up a copy of Tahoe Blues to find out!


Thanks for stopping by to share your food for thought, Aubree!

You can find Aubree here: 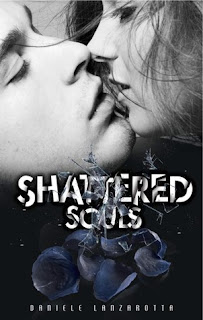 I will never understand those vampires who feed off animals or bags of donated blood. Let’s face it… if you are a vampire like those Cullens, who drink from animals, you are bound to get hair in your mouth while eating. Who can enjoy a meal like that? And those bags of donated blood are no different than frozen meals… or so I hear.

By the way, I’m Nicholas Taylor, a vampire who enjoys being what he is, because let’s face it, eternity is a whole lot of time to spend resenting who you are or what/who you eat.

I enjoy drinking the sweet and warm blood straight from the source. I do have my preferences too. I don’t feed on just anyone. For one thing, I don’t feed on guys. I also prefer drinking from the neck. There is just something about hearing your ‘meal’ enjoy being fed on, and that one spot maximizes every sound… every reaction. And although I usually drink from humans, there is one vampire who I enjoy drinking from just as much - my ‘Little Minion.’


Thanks for stopping by to share your food for thought, Daniele!

You can find Daniele here:

And here's a tempting excerpt of Shattered Souls:


I got closer to her and whispered for her to close her eyes and relax.  She did, and I moved her head slightly to the side.  I used my fingernail to make a small scratch on her neck.  It was just enough to start bleeding.  The fact that we were in such enclosed space and with someone starting to breath heavy in the front seat, made the scent of her blood overwhelming.  Within seconds, my lips were on her neck, and her sweet blood was running through my body. 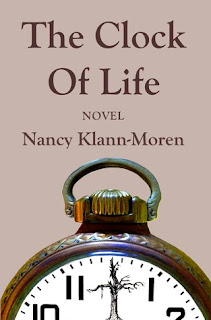 The mere mention of southern cuisine conjures up mind-images of moss covered cypress alongside lazy dirt roads.  A tale set in the South, without the smells, tastes, and devotion put into its dishes would feel like half a tale. It's as essential as the characters and scenery.

In my novel, The Clock Of Life, there are a few southern "flavor" firsts for the protagonist, Jason Lee, not the least being, moonshine.

I brought it up to my lips. “This stuff smells like my mama’s nail polish remover.”
“Just drink,” Samson said.
Not one second after I took my first swig a fire hit the back of my throat, then roared through my chest and settled like smoldering embers in my belly. “Tastes bad as it smells,” I said between chokes.
“This stuff’s made for the kick, not the taste. Try not to taste it.”
I wiped my eyes with my sleeve. “White lightnin ain’t for sissies.”
“No, it ain’t, but this here’s better’n white lightnin. It’s my pa’s own brew. Calls it Mr. J’s Black Thunder. Get it, black for white, thunder for ligntnin?”
“Course I get it.”
I breathed in the humid air to cool my throat and looked at the river again, doing its own thing, paying no attention to us. My mind raced ahead, looking forward to more nights like that one. The feeling of freedom is a powerful thing.

And there's the colorful patchwork-quilt of simple yet soulful offerings that pack the kitchen during the wake.

Food for the grieving covered every surface of the kitchen. Cast-iron pots of chitlins and hog maws boiled on the stove. The counter, usually tidy and scrubbed clean by Mrs. Johnson, was packed with mounds of fried chicken and catfish piled on platters. Dozens of wooden spoons were wedged in crusted casseroles of macaroni and cheese, sweet potatoes smothered in marshmallows, and large bowls of every kind of gumbo you could imagine.
Two women came in carrying bowls covered with foil. The older one had a long, stretched-out face and arms skinny as chicken bones. She set her bowl next to a pot of red beans, peeled back the foil, and pulled out one of her red Kool-Aid pickles. The other one did the same with her pickled watermelon rind.

But, the sweet, succulent star, woven through the story is Amalgamation Cake

“I think I’ll take ’em an Amalgamation cake,” Mama said. “A little employment insurance. Somethin to sweeten ’em up. It can’t hurt.”
“Funny name for a cake. What’s it mean?”
“Amalgamation means combinin things that don’t usually go together, for the better.”
So began her Friday evening ritual of baking two cakes. The first thing she did was remove the handed-down recipe card from its place in her mother’s cookbook and set it on the counter. She had no need to read it but kept it there anyway.


Thanks for stopping by to share your food for thought, Nancy! 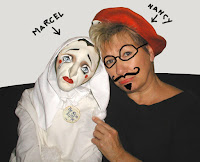 Posted by Shelley Workinger at 10:57 AM No comments: 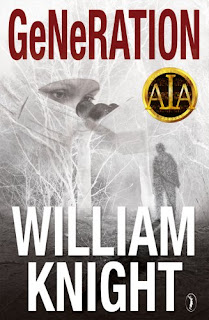 Eating starts and ends all the events in Generation, from the tarmac table of the opening scene to the al fresco irony of the final twist. But to describe these bracketing meals as cosy dinners for two would be to misunderstand the relationship between the food and the eater.

Hendrix Harrison is a seventies-born journalist who views the subjects of his articles as fraudsters and fakes while cynically taking the money for writing about their mystical experiences and presenting them as scientific truth for the avid readership of Strange Phenomenon magazine.

A morning’s work for Hendrix is chasing the Wolf of Ashburton across Dartmoor then stopping for a hamburger, lettuce drowning in mayonnaise and chips, on the way back to London.

His principles demand he only eats fast food during emergencies; when only a sugared bun and cow’s lips burger will do. He hates that business-designed fast food was so good, and he is perfectly aware that he is as lost with his eating as he is with his work.

For the heroic characters in Generation, food is mostly a rushed affair. Despite the flickering relationship that you might think would be ignited by a romantic dinner date — but was first kindled over a decaying corpse – both Harrison and his reluctant side-kick Sarah Wallace consider eating as a distraction; Harrison because he is too lazy to stop for real food and Wallace because she is too busy.

She telegraphs her attitude to food during the DNA analysis of insect larva found burrowing into the cadavers she studies.

“I’ve brought you something to eat to stop you leaving the chair,” she says, placing a bag of salt ’n’ vinegar crisps and some cheese dips on the bench. It was the best she could do from the hospital vending machines, she adds.

Even as she and her colleague munch on potato chips they discuss the fate of the victims. Insects will oviposit at the natural openings to the body. This gives quick access to food for the larvae and an easy entrance to the body cavity, Wallace explains.

References to food peppers the thinking of many of the characters both major and minor. The main villain drives a car that is at the top of the automobile food chain, and a police detective is in constant contact with his stomach.

“Get me a sandwich will you? I like those bacon and egg, breakfast specials with a sachet of ketchup,” the officer says.

His colleague teases him about his bad eating habits, but trying to lose weight was a battle he was unwilling to enter. He had other things on his mind, like why his wife kept leaving the house so early on a Saturday morning, and why the kids seemed to dislike him so much.

But while the living characters of the book have a mostly normal relationships to food, be that as slightly obsessive or as inconvenient needs, it is the victims of the cruel genetic testing, designed to regenerate their bodies after injury, for whom the connection with food is an abomination.

They both eat and are eaten.

Their very existence is defined by loss of family confused with a wrenching hunger that cannot be satisfied. In the opening we see a dark figure driven to emerge from the comfort and safety of dark, lonely woodland to feast on roadkill.

“Meat from a carcass squashed against a tarmac tablecloth.” It had no taste, and felt as if he was biting into his own skull.

His attempt at fulfillment is short lived and doomed to failure. As he eats, he is himself struck by a car and he drags himself by his finger nails to a hollow beneath a hedge.

He watches the generations of flies as they feed, breed and die on and within his body. He knows they will eventually consume him and he times his approaching death in the life-cycle of flies; every generation a clock tick to peace.

Thanks for stopping by to share your food for thought, William! 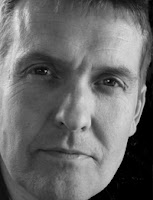 You can find William here:

Books on Amazon
Posted by Shelley Workinger at 8:39 PM 7 comments: