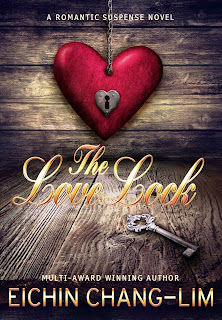 As a prelude, let's define the meaning of "food" for this particular post.

Food is anything, and everything that you input into the opening cavity in the lower part of your face, that travels through the long tube of the esophagus, and that reaches the pouch in your tummy called the stomach!

Please remember that nutritional value is not a concern here.

So, the story began with Dylan saying, "Hey, Cheetos," calling her by the nickname that always made her toes curl.

Their love and profound connection started during those tumultuous days, at the tender young age when they leaned on each other to endure the turmoil in the hospital when beholding their loved ones drifting away. Savoring the salty, spicy, crunchy Hot Cheetos eased Violet's sorrow and soothed her nerves. And Dylan understood immensely how much Hot Cheetos meant to Violet.

On that particular morning, Violet was about to give her twin sister bone marrow, in the hope of reclaiming Amber's health from rogue leukemia. Dylan brought Violet a bag of Hot Cheetos—her favorite! He playfully and intimately called her "Cheetos" to comfort her. She cherished it!

The two families lamented the loss of their loved ones in their own distinct ways. Violet and Dylan thus disconnected from each other in their adolescence until they reunited in the first year of college. Their rekindled love led to a deep relationship.

"Happy New Year, Cheetos!" Fireworks exploded above them as the clock struck midnight. Dylan grabbed the back of Violet's head as they shared a passionate kiss. They're blissfully engaged, and all the preparations were ready for the eagerly anticipated marriage.

Yet, fate played a cruel joke on them. The brutal tragedy ripped them apart just days before their wedding. They went their separate way again!

Violet was an aspiring actress. Her dream of being a film star was trashed when mental illness gripped her on the movie set. To resolve her imminent financial crisis, Violet became a stripper.

Each day, before the same old dog and pony show, she took a handful of OxyContin—her favorite ritual.
"I'm not taking drugs!" she said, consoling herself. "These are just painkillers. Plenty of people take these daily. Doctors prescribe them all the time. I'm okay."

The crunchy Flamin' Hot Cheetos numbed her tongue, the comforting warmth of the OxyContin washed over her guts, and the light sensation lifted her up. She floated away from reality. The news of Dylan's marriage crushed her. She needed to flee to a faraway realm, and Hot Cheetos and OxyContin were a fantastic combination!

The hopelessness imprisoned her. The depression grabbed her like a giant hand from the underworld, dragging her down to the abyss. Nothing was left for her!

Violet purchased a small exercising sandbag from a sporting goods store, along with a couple of pairs of ankle and wrist weights for good measure. She also had half a bottle of cheap cooking whiskey. She packed them into an overnight bag with her beloved OxyContin and hot Cheetos.
Intoxicated and emotional, Violet had made up her mind.

With a single-mindedness, Violet drove toward the San Diego-Coronado Bay Bridge.

She twisted open the whiskey bottle and took several hot gulps. The burning sensation rushed down her esophagus into the pit of her stomach. She topped it off with a handful of Oxy. The floating sensation arrived . . . and she was ready. Let the final act begin!

No! Life is way too precious for her to end it that way!

THE LOVELOCK is a multi-award-winning love story. There are many dark moments and despaired emotional battles interwind through the characters. Nevertheless, the end is uplifting and inspirational.

Thanks for stopping by to share your food for thought, Eichin! 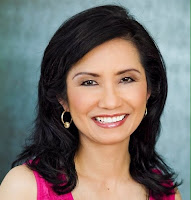 You can find Eichin here:

Posted by Shelley Workinger at 11:53 AM 2 comments: 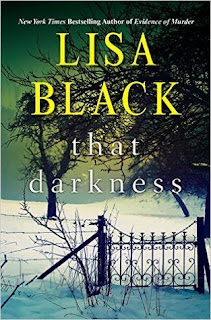 But food plays a significant role in their first outing, That Darkness. It begins as Maggie examines an unidentified female in her early teens, discovered in a local cemetery. More shocking than the girl’s injuries—for Maggie at least—is the fact that no one has reported her missing. She and the detectives assigned to the case (including her cop ex-husband) are determined to follow every lead, run down every scrap of evidence. But what Maggie finds will challenge everything she believes about justice, morality, and the true nature of evil.

Jack Renner is a killer. He doesn’t murder because he savors it, or because he believes himself omnipotent, or for any reason other than to make the world a safer place.

When the girl’s captor/killer also turns up dead, Maggie runs down every fiber and stain and clue, including gastric contents. When I worked at the coroner’s office I hated gastric contents. Give me buckets of blood, air filled with lead and primer residue, dye stain and acetic acid and swabs of unmentionable body fluids all day long, but nothing struck the ick factor like gastic contents. And our examination couldn’t even be considered particularly scientific: we simply rinsed off the liquid and took a magnifying glass to the rest. Does that look like tomato to you? I think it’s a sliver of tomato.

This becomes important, because of the kind of killer Jack is. He doesn’t hate the uber-criminals he dispatches. He knows they’re just a product of their environment, so he sits them down and listens to their stories and treats them to their favorites--which includes ordering in from their favorite restaurants. And suddenly, through the examination of their gastric contents, he finds Maggie on his trail.

Food matters, in all sorts of ways!

Thanks for stopping by to share your food for thought, Lisa! 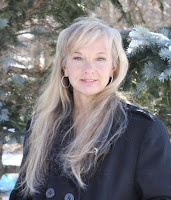 You can find Lisa here:

Posted by Shelley Workinger at 1:27 PM No comments: 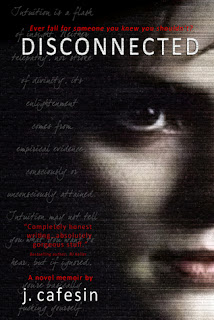 Ever had a blind date?

I’ve always had a…complicated relationship with food. I grew up in the 70s and 80s, when heroin addict thin was trending chic. My mother’s favorite actress was Audrey Hepburn, because she was, “So beautiful and thin!” The perfect woman when I was a kid had a 36” chest, a 24” waist, and a 34” hips. A 24” waist is a size 2, in women’s clothing. How many women do you know who wear a size 2? Not me!

As a writer, food plays a huge role in every story I weave. Often, as in my novel memoir, Disconnected, it’s a main character. Rachel sought what most women did—to be successful, married and in love, have healthy kids. It was hard enough attracting a man when she wasn’t heroin thin like most Hollywood women. But in the 1990s, finding a man wanting an equal partner instead of an arm piece, a woman beside him instead of behind him, seemed the impossible dream.

Then along came Lee…

And Lee was an overweight, weed-addicted gambler, who devoured food like he did most of life. Modeling Rachel’s father, Lee ate every meal as if it were his first, and last. He took her to great new restaurants, and late night cafes where they got intimate over fritters and pies. Flattered by his interest, and enamored with his charm and wit, she indulged with him. But Rachel was always fighting her weight, mindful of every calorie she ate. And it didn’t take long for her to figure out they’d be a train wreck together. But by the time she did, she was in love with him.

In every novel or short story I write, food is described intimately for the reader to partake in the eating experience. Readers smell each dish placed in front of the characters; feel the heat, or cold on their lips and tongue; then savor munching chewy, crunchy, or smooth blends of flavors and seasonings.

Consuming food is probably our most communal activity. Meals are often shared, as are treats like ice cream, and popcorn. And holidays are all about eating together. I write character driven stories. And sharing a meal is a great stage for revealing intimate details about the people at the table.

Thanks for stopping by to share your food for thought, Jeri! 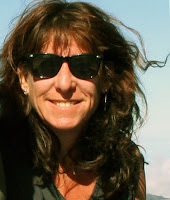 You can find Jeri here:

Books on Amazon
Posted by Shelley Workinger at 6:49 AM 2 comments: