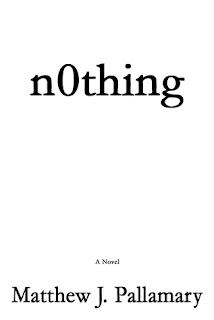 After winning the ESports World Cup Finals which is in essence the Super Bowl of eSports, n0thing and his winning Seal Team Zero teammates were treated to a sumptuous feast with everything they could ever want, including sensual pleasures. At their celebration party a long mahogany table held silver ice filled buckets of Red Bull, sodas, beer, shrimp, strawberries, and other fruits. Gold and silver platters of chicken, beef, turkey, ham, and an assortment of the team's favorite snacks filled the rest along with a fully stocked bar.

Todd beamed like a little boy on Christmas morning.

"Tell me this isn't totally over the top," Killjoy said eyeing the spread.

Though he appreciated the effort, seeing their favorite foods and the attention to detail displaying them struck Jordan as overkill. Todd had always done lots for them, but never anything this extravagant and to this extent, then again, this was the ESports World Cup Finals.

"Jeezus," Sureshot finally said. "Thanks Todd. You really went overboard this time. I mean, yeah, we won ESports World Cup, but this is -- is…"

"What you world champions deserve." Todd held up the trophy and shook it, then set it down and picked up a remote control, pointing it at the flat screen. "But I'm not responsible for this. Allow me to introduce your biggest sponsor and strongest supporter."

The screen flickered to life showing a man dressed in a navy blue suit, a solid red tie, and a starched white shirt. He looked stocky with square shoulders, a military styled silver brush cut, and ice blue eyes.

"Hello you amazing world champions," he said with a smile. "My name is Robert Crowley. I hope you enjoy the party I arranged for you. Because of your victory, I have an exciting offer that goes beyond your wildest imaginings, but we'll get into the details of it later. Right now I want you to have fun celebrating your victory."

A knock came on the penthouse door.

He went to answer and came back grinning ear to ear, followed by six of the most beautiful women that Jordan had ever seen.

All was not as it seemed as there was a sinister underlying agenda to seduce them into becoming a literal “dream team” whose mission was to go into the computer generated nightmares of battle scarred veterans to rescue them from their traumatic memories in a dreaming experience that exceeded virtual reality and pushed the boundaries of reality itself.

Thanks for stopping by to share your food for thought, Matthew!

You can find Matthew here: