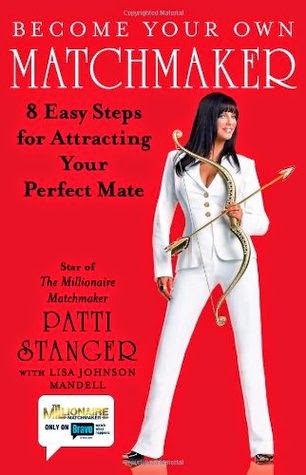 I know, I know. This might seem like an unlikely pick for this blog. It’s not YA, it’s not fiction, HOWEVER I love Patti Stanger and The Millionaire Matchmaker, so I was going to read her book regardless. Might as well hope to stumble across a good food (fact?) tie-in, right?

As expected, Patti has great advice on everything from timing to hair. And while she doesn’t share any rules for eating on dates or a way to psycho-analyze a guy based on what he eats, Patti does suggest taking “resevations” for men who ask you out during the Dating Detox phases she prescribes. Such Patti-isms as The best restaurants are booked weeks in advance, why not you? are her bread and butter, if you will. ;)

But it was the little insights into Patti’s own life make me like her even more:

First, I found her exercise plan to be eerily similar to mine; Patti watches tearjerkers from her elliptical machine, not unlike my own treadmilling during Survivor.

I also discovered that we share a love for food; like Patti, when the food shows up, I show up. ;)

So even if I don’t need her advice to find Mr. Right (I already have him), these commonalities lead me to believe I should take her advice on food. Lucky for me, she names one right in this book! Turns out Patti’s go-to indulgence is Teuscher Champagne Truffles...which means I'm heading out right now to find out if they’re my perfect match, too. ;)
Posted by Shelley Workinger at 12:15 PM No comments: 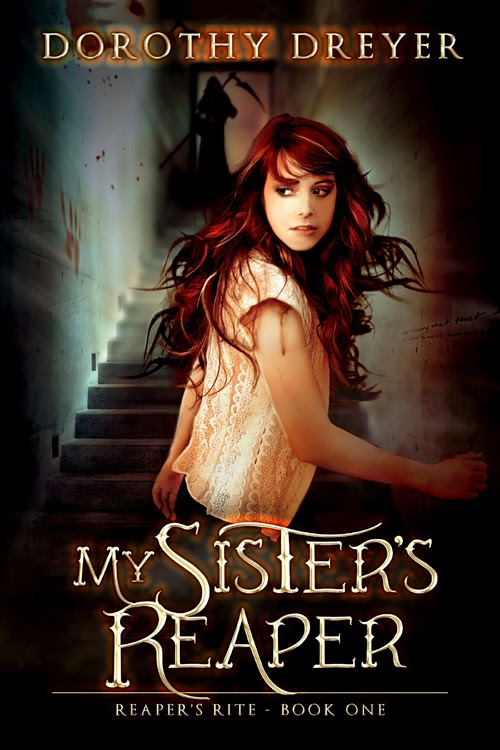 In My Sister’s Reaper, Zadie’s first mistake is telling the boy she likes she can bring her dead sister back to life. Her second mistake is actually doing it.

When Zadie accidentally messes with the Reaper’s Rite that should have claimed her sister Mara, things go horribly wrong. Mara isn’t the same anymore. Zadie isn’t even sure she’s completely human. To top it off, a Reaper is determined to collect Mara’s soul. Now Zadie must figure out how to defeat her sister’s Reaper or let Mara die…this time for good.

Fighting Reapers can sure make a teenage girl hungry. So what do Zadie and Mara Stonebrook chow down on when they’ve taken a break from battling evil?

For Zadie, nothing says satisfaction like a big, juicy burger from Xavier’s. What makes the meal is the order of sweet potato curly fries served with a sour cream dip. It has always been a favorite of hers. In fact, it’s exactly what she ordered when she was on her first date with Gavin.

Mara doesn’t usually indulge in fast food. In fact, she’s pretty good about sticking to a sensible diet. But when stress gets to her, she can’t say no to an extra-large pizza with the works. This is hers and Zadie’s go-to food when they just. can’t. anymore.

And Zadie and Mara can both agree that nothing in the world quite beats their mother’s home-made brownies. Soft, chocolaty, with a generous amount of love thrown in? That always hits the spot.

In any case, Zadie and Mara expend a lot of energy fighting Reapers, so you just know that at the end of the day, a good meal is definitely in order.

Thanks for stopping by to share your food for thought, Dorothy!

You can find Dorothy and her Reaper's Rite books here:

Posted by Shelley Workinger at 8:47 AM No comments: 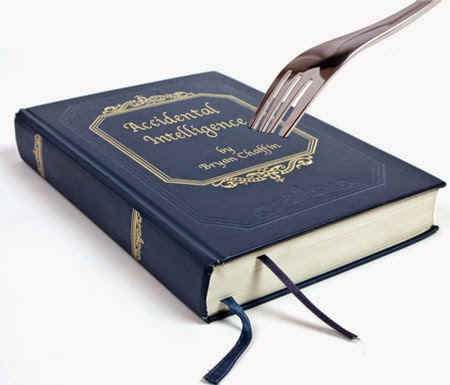 So happy on this Friday the 13th to celebrate another year of delicious reads!

This year I dug into:


These fabulous authors also stopped by to share their food for thought:


With so many great guests this year, I didn’t get to blog about every book I read. And, to be fair, not every read lends itself to a good FoodFic discussion, either because the food in the story doesn't jump out at me, or my schedule’s already full for the year, or a book’s subject matter is too dark or serious for me to lightly chat about here.

Anyway, below are most (I’m sure I’ve forgotten a few) of the books I read over the past year that weren’t reviewed here at BWATE?

Posted by Shelley Workinger at 8:45 AM No comments: 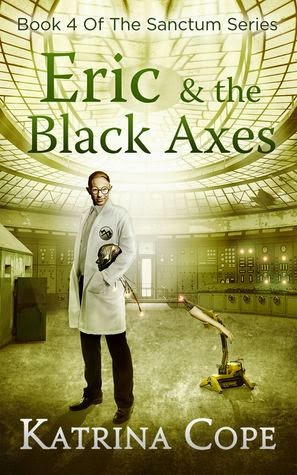 When you have a group of street kids rescued from the streets, how do you fill their starving stomachs — with a bowl of slop and a slice of bread? Maybe if you were a soup kitchen on a very limited budget, but Avando, a rich grandfather figure, rescued these kids and bad food is not an option.

These kids are not in for a free ride. In between spying, building high-tech equipment and operating surrogate robots, they are expected to learn basic survival and chores. He has them taught to grow their own food at his eco-friendly boarding school camouflaged in the mountains. This produce is then cooked up by the students under the watchful eyes of Ms. Helen, the cook for this mysterious place. They are taught to make many different dishes, from basic hamburgers to home-styled meals that border on restaurant quality. Regularly they have a choice from dishes like lasagne and salad, bacon and cheese quiche, chicken a la king and wok-tossed vegetables, just to mention a few.

These delicious meals are surrounded by snacks at morning and afternoon tea consisting of a variety of home cooked muffins, biscuits/cookies and fluffy cakes of all different flavours and types and definitely do not forget the tea and coffee.

The borders at The Sanctum boarding school do a lot better than their spy counterparts at the government-run genius school, Ernest State College. Spare a thought for Liam’s injured friends. How about chowing on a nice set of cutlery? Yes, that’s right, cutlery. I’m serious. Liam was going to serve his sick friends a nice platter of shiny silver cutlery. I know this is hard to believe, but the genius was so distracted he didn’t realize that he hadn’t served up any food. It was a good thing his sister Gemma was on the ball and took over to make sure his friends were well cared for. He is not completely useless, though. At least when they were well, he managed to select for them a variety of muffins, cookies and apple juice. These are the foods partaken of in Eric & the Black Axes.

Which school would I recommend you visit for a meal? Well, it would definitely be The Sanctum. However, don’t turn your back on your food if Robert is around. It’s never safe, even if he has already eaten or if it has been dropped on the floor. In fact, in book three of The Sanctum Series, Taylor’s Plight, not even the grubs and trees were safe when he was in the bush hiding for a few hours away from real meals!

Thanks for stopping by to share your food for thought, Katrina!

You can find Katrina here:

Books on Amazon
Posted by Shelley Workinger at 8:26 AM 1 comment: