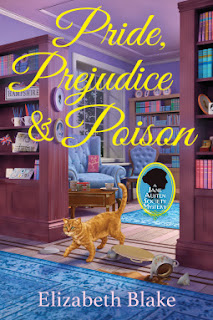 My Jane Austen Society cozy mysteries are set in Yorkshire, England.  Erin Coleridge and her best friend Farnsworth Appleby are British, as are most of the other characters in Pride, Prejudice and Poison.  So they’re all eating English food.

British food was a joke when I was growing up in Ohio – think bland, overcooked vegetables, stodgy meat pies and gloppy, tasteless puddings.  By the time I was twelve, I had memorized the famous Monty Python sketch about spam.

No.  No, no, no.  That is not the Britain I know.  In fact, when I think of the United Kingdom, I think of the food.  We had fresh roasted vegetables and coconut shrimp skewers in Bath, grilled fish with ginger and duck pie in Oxford, smoked trout with endive in Edinburgh, and chicken tikka masala where it was actually invented in Glasgow – the Shish Mahal, and they have a charming origin story.  (By the way, chicken tikka masala is now widely considered one of the national dishes of United Kingdom.)

But what really blew me away on this visit was the glorious, buttery scones with a generous dollop of fresh clotted cream and homemade cherry jam, accompanied by a cup of proper builder’s tea – strong and hot and comforting like nothing else in this world.  The tea that will convince you god’s in his heaven and all’s right with the world, that the novel you just poured your heart into will become a best seller, and that your ex-boyfriend isn’t really happy with that willowy blond yoga teacher he keeps posting about on Facebook.  (And what kind of name is Cyprus anyway?  Does she think she’s a tree?)  The tea that got Britain through the bombing of London – and, you know, helped their tiny island nation save the world from fascism.  That tea.  (Spoiler alert: I use tea as a murder weapon in Pride, Prejudice and Poison, but it’s not a bad way to go in a cozy mystery, right?)

On a cold, rainswept day in October, with the kind of relentless downpour that is considered a “nice day” in the UK, we interrupted a thankless slog to Heathrow Airport to revive ourselves at a Morrisons Supermarket.  Morrisons is a British grocery chain kind of like our Stop and Shop – big, friendly, and surprisingly resourceful.

And they have a café.  Fresh prawn and mayonnaise sandwiches (that’s a thing over there), beans on toast (another thing), bacon and eggs, sausage and mashed, Dover sole with artichokes – whatever you can think of, you can basically get at Morrisons Café.  And tea.  Not a cup, but a proper POT of hot, steaming tea, with a flaky raisin scone with jam and fresh clotted cream for a POUND.  That’s about $1.25 (or about fifty cents if you’re reading this after Brexit.)

The lady at the counter was so nice she made me cry a little.  Because, you know, driving in England sucks and we were so exhausted.  Huddling over our tea and scones, we were so very grateful to this nation of kind, tea making people who are so good to weary travelers.

We don’t have anything like that in this country.  Let me repeat that: We don’t have anything CLOSE to that in this country.  If, god help you, you order tea and a pastry at Starbucks or Think Coffee any other café, chain or otherwise, you’ll be lucky to get a mug of lukewarm water with a soggy teabag that looks like your cat’s discarded hairball.  And if you could find a scone with clotted cream (you can’t), it would be approximately the same price as that pair of leather boots you put on layaway at Macy’s until your next paycheck.

So, yeah.  British food rocks.  Don’t even get me started on the fish and chips.


You can find Elizabeth/C.E. here: 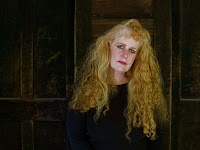 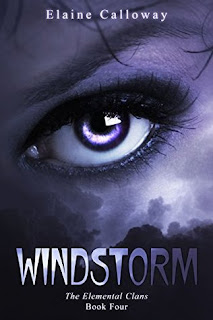 In my worldview, pizza and beer go together just like peanut butter and jelly. When my friends and I would dig into a meaty concoction filled with sausage and pepperoni, our favorite brews always accompanied the choice. This pairing wasn’t about flavor or the palette; pizza and beer were simply a known pairing.

When I went on a trip to Napa Valley to do some research for my book Windstorm, which has winery themes, I was surprised to find dozens of pizza places within Napa Valley, all of which served wine with their pies.

While I’d never heard of such a thing, I quickly discovered that Napa Valley does not have ordinary pizza…and they certainly don’t have ordinary wine.

Skewered shrimp and tomato pizza? This pairs well with the Sauvignon Blanc from a specific winery.

Spinach and artichoke pizza with grilled mushrooms? Try a sweeter wine such as Riesling.

For every type of pizza, there was a wine to accommodate.

And what I learned as I explored historic wineries with ornate décor is that it’s not just about pouring a red or white glass of wine. Wine to the local Napa Valley folks is a mini-Siesta, a means of connecting people, a means of slowing down and living in the present moment.

We rush through our days, hectic-filled with responsibilities and appointments. And yet, Napa Valley has figured out a way to take a breather, relax, and appreciate the little things.

Next time you’re in the mood for pizza, check out Napa Valley and enjoy a glass of vino with your choice.

Thanks for stopping by to share your food for thought, Elaine!

You can find Elaine here:

Elaine Calloway writes paranormal fiction with a Southern twist. Windstorm is part of her Urban Fantasy Elemental Clan Series, which has a total of 5 books. She is currently working on a 10-book Southern Ghosts Series and Book 5, Kentucky Reign, will be released Spring of 2020. To follow Elaine’s book updates, join her readers list here: https://forms.aweber.com/form/83/1228819183.htm 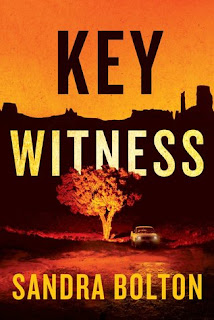 When Abe Freeman left New Jersey and his Jewish roots for the enchanted land of New Mexico, he discovered that new adventures can be more than romance and danger. There are also those of the culinary kind. Leaving his matzo balls behind, he had his first food encounter in a small town diner just west of the Texas border. When the waitress asked him if he wanted "red" or "green" on his enchiladas Abe, puzzled, settled for what she called "Christmas", a serving of both red and green chile served atop two cheese enchiladas and accompanied with a generous serving of refried beans and rice.

That was only the beginning. His introduction to Navajo Police Officer, Emily Etcitty led him to try such delicacies as mutton stew, fry bread, Navajo tacos, and, reluctantly, blood sausage. Although their relationship started off rocky, the food adventures continued to grow. On special occasions such as ceremonies, kneel-down bread, made of mashed corn and baked underground in corn husks, was served. As a legacy of commodities, Abe also discovered that Navajo homes always had such staples as SPAM, white flour, and strong black coffee on hand.

Once he found out what he was eating though, he did draw the line on one delicacy served to him by Emily's brother, Will. Fried up nice and crisp, Will insisted that Rocky Mountain oysters were delicious. If you don't know what they are, imagine the leftovers of lamb castration.

During the course of my three-volume Emily Etcitty mysteries, Abe encountered a multitude of new taste delights, such as green chile stew, tamales, and carne adovada, but he never lost his love of latkes with sour cream and applesauce.

Thanks for stopping by to share your food for thought, Sandra! 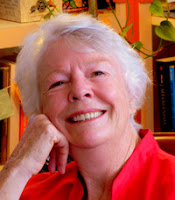 You can find Sandra here:

Books on Amazon
Posted by Shelley Workinger at 9:53 PM No comments: 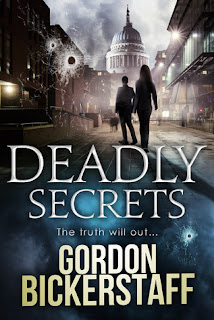 In the thriller Deadly Secrets, Gavin Shawlens is scoffing a pineapple to save his life. In a desperate scene, Gavin is poisoned, and he turns to the power of the pineapple. How can the humble pineapple save him? The popular fruit contains a smart component normally involved in the ripening process; an enzyme called bromelain.

The medicinal properties of pineapple were known over 600 years ago by South American Indians who found magical healing properties and pineapple became a symbol of good health as well as a gift for friends and strangers. Pineapple flesh was used as a digestion aid and as a cleansing agent to improve skin texture. Warriors prepared a poultice using pineapple flesh for serious wounds and a 'bandage' from pineapple leaves for superficial cuts.

Another regular use of pineapple by the Indians was to overcome painful bellyache that accompanied feasting on meat. Consumption of meat 600 years ago was much greater than that of today. After a successful hunt, a hunter might eat more than 1kg of meat at one sitting. Such an indulgence would strain the digestive system.

Even today, meat impaction is common in the emergency room of a general hospital. The medics call it 'steakhouse overload', and it is often caused when lumps of meat are trapped in the gut. Treatment is simple, and involves the patient drinking a precise formula solution of protease such as bromelain at regular intervals over a set period of time.

In Deadly Secrets Gavin uses his understanding of pineapple constituents to save the day, and it is amazing how certain foodstuff can provide health benefits. Pineapple researchers have found that bromelain may be useful in treating blood clots, which are responsible for heart attack and stroke. Others, in the cosmetic industry have evaluated bromelain skin-peel preparations to improve skin texture.

Although a great deal of research is still needed on the mechanisms by which bromelain exerts its various effects, it is clear that pineapples and, in particular its component bromelain, have potential for supporting healthier living.

What other secret health benefits are hidden in our food?

Thanks for stopping by to share your food for thought, Gordon! 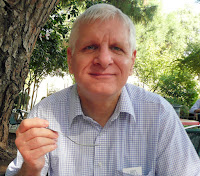 You can find Gordon here: