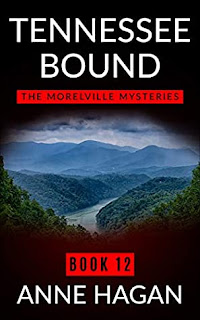 The Morelville Mysteries is a series built on the coveted morel mushroom that grows wild after wet spring rains and drains in the area of Ohio I now call home. Oh, you can try to cultivate them, but tromping about the woods to find them, then posting pictures of your haul on social media for your friends to envy before you lightly batter them and fry them is what makes them even better eating than the ones from the patch that always springs up behind Aunt Edna’s garage under the elm trees.

Morelville is a farming community near the heart of Ohio’s Amish country. Mushrooms of any kind, Amish fried chicken, and Amish wedding plates rule tables in little mom and pop restaurants across a three-county area. And pie. There’s always pie; sliced, whole or fry pies taken to go to eat from your hand.

Sheriff Melissa ‘Mel’ Crane grew up on a family farm where her mother still gardens and cans food to feed an army from fall through spring. They raised chickens for daily fresh eggs and livestock for meat. Neighbors share their bounty with each other, both ‘English’ and Amish, and there’s always room for another plate at the dinner table.

When Dana came into Mel’s life, Mel’s palate expanded. Dana’s Pittsburgh Italian upbringing and a long hitch spent in Chicago sampling all of its gastronomic delights made her a passionate if indiscriminate foodie. She’ll try anything once. Maybe two or three times. Mel’s more cautious, but she does an instant liking to Dana’s signature dish, chicken Cacciatore, a combination of meat and stewed vegetables she never thought she’d like.

In the later books of the series, our two heroines leave the confines of Ohio from time to time to relax in the Smoky Mountains of Tennessee. Food is always on Dana’s mind, and she doesn’t hesitate to sample the fare at the pancake houses that attract teaming hordes of tourists in Gatlinburg and Pigeon Forge, local beers, southern style barbecue and so much more. Mel’s usually game, at least she is for anything involving beef or chops. She doesn’t get to sample much cuisine in Tennessee Bound but that’s to be expected when you know what happens in the story. She’s going to have to make up for some lost table time after that trip south.

Thanks for stopping by to share your food for thought Anne! 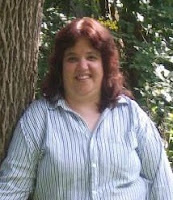 You can find Anne here:

Posted by Shelley Workinger at 3:28 PM No comments: 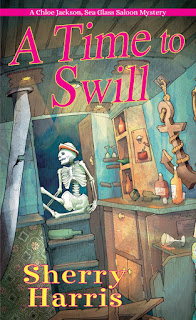 Chloe Jackson moved from big city life in Chicago to the small town of Emerald Cove in the Florida Panhandle. She left behind deep-dish pizza and hot dogs, moving to a land of seafood and Southern food. Because she made a promise to a friend, she’s also gone from children’s librarian to part owner of a bar, cocktail waitress, and barback.

The bar Chloe works in, the Sea Glass Saloon, sits on a beach so white it looks like Mr. Clean comes by every night to tidy up. The water is a dazzling blueish-green shade – it’s no wonder the area is called the Emerald Coast. While the Sea Glass doesn’t serve food the delicious smells of barbeque and seafood waft over from the Briny Pirate, the restaurant next door. Customers order food from there all the time. Chloe’s favorite dish is called a Redneck bowl. It’s full of smoked pulled pork, black-eyed peas, cabbage, corn, rice, greens, and just the right amount of hot sauce.

Chloe lives in a two-bedroom, cement-block house that sits on top of a sand dune. The open concept living room, dining room, and kitchen all have spectacular views because of windows that run all along the backside of the house and lead to a screened porch. When Chloe is home, she loves to cook with fresh, local seafood that she picks up from her favorite market – Russo’s.

She buys shrimp for shrimp scampi, yellow fin tuna to grill, and has experimented with dishes from local grouper, amberjack, and wahoo – depending on what is in season. The only thing Chloe refuses to try is raw oysters – she thinks they look like something a whale would sneeze out.

Chloe has a knack for finding trouble. In A Time to Swill, the second book in the Chloe Jackson Sea Glass Saloon mystery series, she’s swept out to sea in an abandon sailboat which she boarded because she thought she heard a baby cry. What will Chloe be hungry for if she makes it back to shore? Please read A Time to Swill to find out!

Thanks for stopping by to share your food for thought, Sherry!

You can find Sherry here:

Sherry loves books, beaches, bars, and Westies — not necessarily in that order. She is also a patent holding inventor.

Posted by Shelley Workinger at 8:26 AM 2 comments: