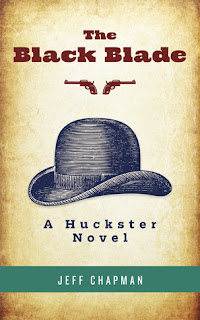 Howdy. Jimmy here. I'm the narrator and protagonist of The Black Blade. As a rule, I don't cotton to using highfalutin words like protagonist, but the author says I have to so I'll do as he requests. I reckon it's like my grandma used to say, if you want your green beans to taste like beans, you got to use the proper sized canning jars. My grandma was mighty particular about her canning jars. And her canned green beans always tasted like green beans and not, well, something else. Well, enough literary criticism talk. What in tarnation is literary criticism anyway?

Orville and I are a pair of hucksters. I like to think of us as showmen, giving folks some entertainment to leaven their dull days with good humor. Orville's the master huckster and I'm his apprentice. In The Black Blade, we get ourselves into a heap of terrifying trouble in the weird west. Orville thought we could make a quick and tidy profit helping this strange old man with a knocker haunting his house. I didn't trust the old man's looks, but a team of horses couldn't hold Orville back when there's gold glittering ahead. The old man proved himself as rotten as I speculated. The first talk of food was whether we were going to become food. The old man locked us in a cell with this monster that was a cross between a pig and a wendigo. Nasty piece of work was that creature, and he seemed awful hungry. The old man finally told us what game he was up to. To save Orville from the pig-man, I had to go questing for some enchanted blade. I'd like to share the whole story with you. It's mighty entertaining, but the author says I can't.

The author says I'm supposed to talk about some of the vittles we partake. When Orville and I are out on the trail, we make do with beans and some bacon, if we've got some. Orville complains I'm not too good at beans but I don't see him offering to cook. We wash our meals down with coffee or some good ole cool spring water, if we can find some. Saloon food, like meat pies, are cheap as can be, but I've heard from a reliable source that the barman adds extra salt to everything. The drinks ain't so cheap. And for some cotton-pickin' reason, every time I darken a saloon, I'm served sarsaparilla. I don't mind sarsaparilla, but there's nothing like a hearty beer to wash the trail dust from your parched tongue. We might be adding a new member to our partnership, a second apprentice. The girl's name is Isobel, a little firecracker if there ever was one. She helped me find the black blade and get out of more than a few dangerous scrapes when I figured my goose was cooked, including a shapeshifting coyote that I figured was about to turn me into a meal. According to Isobel, her mama taught her to cook everything from squirrel legs to calves liver. I reckon we might have some more variety to our vittles in the future. Thanks for listening. And if you find yerself at a fair, stop by our tent and let Orville the Oracular tell your fortune.

Thanks for stopping by to share your food for thought, Jeff!

You can find Jeff here:

Books on Amazon
Posted by Shelley Workinger at 9:44 AM 2 comments: 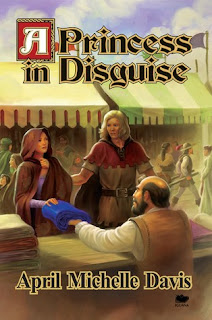 Princess Margaret has never been forced to be hungry in her life—she has never even been limited to a small selection of food—that is, until she selfishly decides to run away from the palace the night before her father is set to announce whom she would be marrying.

After Princess Margaret leaves the palace, food begins to play an important part in building relationships. Around meals, the atmosphere is a time to connect, learn, and reflect.

Princess Margaret’s first meal outside the palace is with Huntley, a commoner, in a local tavern run by Ackley, a good cook of local foods. Princess Margaret has only had meals served in the palace dining room or that had been brought to her room, so the atmosphere of a tavern, the smells of unfamiliar foods, and even the process of selecting what foods to order from a menu are all new to her. Princess Margaret wants to experience the food that her people eat so when Huntley orders shepherd’s pie, she is surprised and delighted by the smell and taste of the dish.

The food adventures do not end with trying new foods. During the first days at sea, Wes, one of Huntley’s crew members, teaches Princess Margaret how to cook a pot of stew. He shows her how to prepare the meal, how and when to add spices to the stew, and how to taste it as it simmers and cooks—an intimate time between two new friends.

While cooking and having a conversation with Wes, Princess Margaret realizes her people are poor and many must steal food to survive in her father’s kingdom. Cooking time also becomes education time for Princess Margaret, which is ironic because she has been taught by the best tutors, and now by these poor, common fishing men who have had little to no formal education.

In another scene, Huntley offers the chicken-killing job to Princess Margaret since she has expressed that she is strong and can perform labor same as a man. The conversation held as this task is performed teaches Princess Margaret that her people often barter for foods.

Food becomes not simply a form of sustenance for Princess Margaret, but also a time for learning more about the people she will someday lead, and this connection helps her discover her true self.

Thanks for stopping by to share your food for thought, April! 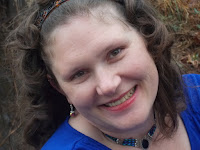 You can find April here:

Posted by Shelley Workinger at 1:16 PM No comments: 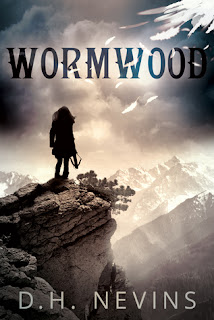 Hey everyone. This is Kali Michaels, the main character from Wormwood, a pretty intense post-apocalyptic story. Thanks for letting me pop into this blog so I can talk a bit about food and what we’ve been eating around here. Trust me, I have a very strong appreciation for this subject. Wormwood‘s author, D.H. Nevins, really turned things upside down on us—you know, avenging half-angels destroyed the surface of the Earth—so for anyone who cares to survive, the acquisition of food is pretty darn important.

Truth be told, when it comes to palatable food, I’m luckier than most of the survivors I’ve come across. The first person I saw since this mess began was a rather desperate man named Eric (and I say he was the first person, because the first being I ran into was Tiamat, one of them, so he doesn’t count). I found Eric within a small copse of trees, anxious to cook what little food he could find over a small bank of coals. He was using battered piece of corrugated metal as a frying pan of sorts, and on it was a mouse and two slugs. I know, it sounds horrid. But when you’re starving—and he was—those disgusting morsels of food are worth fighting over.

But like I mentioned before, I was fortunate. I had no need to challenge Eric for the sake of a meal, having acquired significant supplies from Tiamat. Ah, Tiamat. My Nephilim tormentor. Of course, he had known what was coming, he was one of the ones who caused it, so he had stockpiled quite a quantity of non-perishable food and other supplies before The Cleansing. And because he claims I have some kind of purpose, he won’t kill me. Yet. So yeah, long story short, I have a bunch of his supplies, loaded on one of two horses I have with me. Food to keep me alive. For now. Right, so essentially, Eric’s meagre meal was safe from me.

The next survivors I saw were two young boys, fighting over a frog. I mention this because, yeah, the frog was meant to be food too. Can people even eat frogs? I don’t know. But everyone’s desperate. My trail mix and dehydrated chili are sounding pretty delicious now, right? And the coffee Tiamat made for me over our camp fire? Well, that was downright extravagant.

I know it can’t last. Some day, the food will run out or the Nephilim will finally succeed in killing me. But in the meantime, I’ll thankfully enjoy the subtle metallic flavor of canned oranges. Then I’ll savour the subtle range of tastes when I eat rehydrated vegetables. And when I sleep, you can be sure I’ll be dreaming of chocolate ice cream.

Thanks for stopping by to share your food for thought, Danielle! 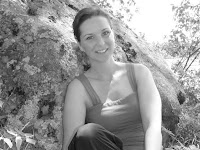 You can find her here:

FOODFIC: The Girl With the Dragon Tattoo - Stieg Larsson 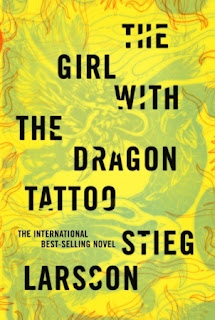 Mikael Blomkvist: crusading journalist recently at the wrong end of a libel case, and Lisbeth Salander: 24-year-old pierced and tattooed genius hacker possessed of the hard-earned wisdom of someone twice her age – and a terrifying capacity for ruthlessness to go with it.

Mikael has been hired to research the 40-year-old disappearance of a wealthy octogenarian’s 16-year-old niece, Harriet Vanger. When he realizes that he needs help with the convoluted archive work, Herr Vanger actually recommends the researcher he hired to look into Mikael. Now that’s a set-up for a good meet if I ever read one!

And all I can think about is the bagels.

Filled bagels, brought by Mikael: one with roast beef, one with turkey and Dijon mustard, and one vegetarian with avocado.

Well, now I have to stop reading and hit up Google, because I have no idea if “filled” means the bagel is cooked with a filling, like a stuffed bread, or if it’s simply a bagel sliced open and “filled” with meats and/or veggies like a sandwich. Of course, I find all sorts of pictures and recipes for both types and no definitive answer as to which kind is in Mikael’s bag. I even watched the movie to solve this important (to me, at least) secondary mystery, but Daniel Craig never unwraps the white deli paper! I finally decide to just assume these bagels must be the sandwich type, because hot, baked-in avocado sounds disgusting. And I need to get back to the darn book. ;)

Anyway, they meet at last! There are bagels, coffee, compliments and confessions…and the first taste of how these 2 characters play off of one another is so delicious, readers should be prepared to devour the rest of the story in one sitting. ;)
Posted by Shelley Workinger at 12:31 PM 1 comment: