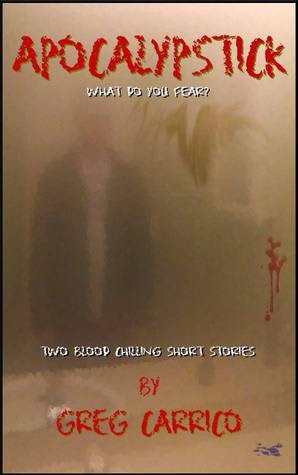 Thanks for inviting me to guest post at BWATE. Like most of us, this is super-busy time of year for me. I’m launching a new business this month, preparing for next month’s release of the 2nd book in my super-hero/horror series, Sand, and I’m writing an entirely new six-book series with my awesome new writing partner Jennifer L Oliver. But even with all of this AND the holidays, I simply had to do this post. Food Fiction? Two of my favorite things in one place? Brilliant!

If you are reading this and have never read any of my stories, which is a pretty safe assumption, I write dark science fiction and horror. My first title was a book called Apocalypstick, which contains two short stories about men who wreak havoc upon the world because of the unrealistic ways that they view women.

The first story is a post-apocalyptic tale about a man with extraordinary powers who tries to rescue a handful of humans from a monster-infested Manhattan. As you can probably guess, food is sort of a big deal in any post-apocalyptic setting, and that is equally true with this one. I’m going to leave it there for this story, because I wrote a novel based on "Killing Tiffany Hudson", and what the characters eat -or don’t eat- hints at the Big Secret behind the main character and her twin brother.

The second story in Apocalypstick, "Finding Home", is part paranormal horror and part psychological thriller, and food plays an important thematic role. The story is told in first person from the perspective of a very troubled man who wants nothing more than a happy, normal life in a place he can call home. Chaos and bloodshed ensue.

But along the way he eats! Each mention of food in "Finding Home" is symbolic of the character’s progress in his journey. This made sense to me because nothing says Home like food. At first, he is drinking cheap cola from a can and stale ham sandwiches from a cooler in a minivan he stole from his previous “home.” Later, after he identifies his next dream-home, he enjoys slightly better fare in a hotel. A BLT and fries from room service. Feeling optimistic with his goal in sight, he goes to a movie and has popcorn. Things are looking up!

Like many of us, he has little time for breakfast and grabs a couple of baked goodies from the hotel buffet. But the moment in the story when he truly feels like this new home and family are for him is when he observes a woman cooking dinner for herself and her husband.

It is a simple meal. Baked chicken. Some veggies. Rice. The non-descript food takes a back seat to the fact that this couple’s meal represents the kind life that our main character so desperately craves, but knows he will never deserve. He wants the intimacy of sharing a meal cooked for him by someone who loves him. Eating on trays in front of the television; tossing little bits to the cute dog at his feet: these things belong to someone else. These experiences can never be his.

Ever the optimist, he decides that he has to try and make it work. And if a few more people have to die in the process, well, that’s just how life goes.

If you decide to see for yourself how this story plays out, you can get Apocalypstick for free from Amazon and most distributors, but be warned. "Finding Home" is creepy. It’s not graphic or gratuitous, but it will probably make your skin crawl. "Killing Tiffany Hudson" is more of an adventure story, and I expand the setting and lives of the characters in my novel Children of the Plague. My super-hero horror series, Sand, is set in the same world as a prequel, and so far includes Book 1: Shadow of the World, and Book 2: Phantom Drift, which will be released after Christmas.


Thanks for stopping by to share your food for thought, Greg! 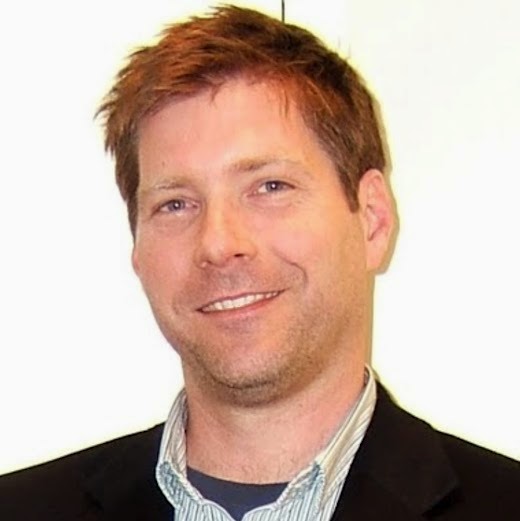 You can find Greg and his books here:

Books on Amazon
Posted by Shelley Workinger at 9:40 PM No comments: 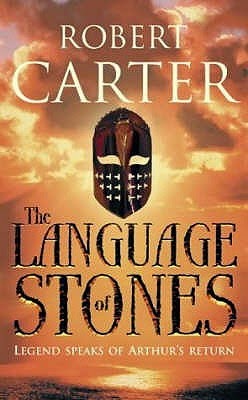 Food is probably in everyone's top ten list when it comes to good things to think about, especially when you're hungry. So what better way to get further into your favorite novel than to consider what the characters might be eating? Willand, the young hero in my mythic history – The Language of Stones, was a lad from a village background with simple tastes. For him and the other people of the Vale, the staple diet was a late medieval pottage, or thick stew, that followed the seasons. In spring and summer there was the fresh bounty of all that a green and pleasant land could provide.

In the fall, mushrooms, autumn fruits, nuts and berries, would be laid up in storage along with the harvest of new grain. In the dark depths of winter came the celebration of the solstice when cured meats were eaten, along with trout from the stream and coneys from the warrens along with the odd hare or two. Meat was not in great abundance in the Vale, being eaten perhaps only two days in seven, but there was a pleasing variety -- ducks and geese, ham and beef, and of course mutton. Eggs and all sorts of dairy produce were available also. There is a scene in The Giants' Dance (volume two) where Will and Gwydion hide in the cheese store of a great house, though they have more on their minds than food. Drink, too, was nicely various, with each village inn brewing its own beer and ale, each household making its own country wines from whatever fermentable base was available, such as quinces and medlars and the berries collected from elder trees. There were beehives in the gardens of the Vale that gave honey from which mead was made. Occasionally an enterprising peddler would bring in a flask of something more exotic by the way of fire waters from the mountains of the North.

But the Language of Stones universe, being magical, has more than peas and pottage. As with the sumptuary laws, which banned common folk from wearing certain kinds of rich cloth, there were certain foods reserved for the gentry, the aristocracy and those of royal blood. For instance, no commoner could kill a royal swan, on pain of death, and the same applied to game in the royal deer chases. Steaks cut from the haunches of gryphons, fire-drakes and the like were rare delicacies that sometimes appeared at high table on feast days, but special magical butchery was required to preserve the eater from ill. The lore of plants was a complicated business and a wide knowledge of magical herbs was maintained by specialist wizards. Plants, or "worts", were the province of Gort, the "Wortmaster," and if his spells didn't always work properly he could use his stock of dried leaves to add flavor to his dishes.

Apart from the obvious difficulties with locating such animals as gryphons, this seems like an appealing way to eat and I keep thinking I should write a companion cookbook. One day...

Thanks for stopping by to share your food for thought, Rob!

You can find Rob and his books here:

Posted by Shelley Workinger at 7:48 AM No comments: 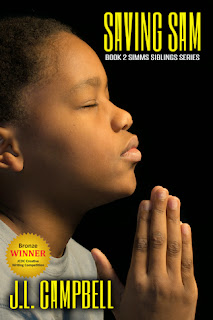 Part of the charm of reading is being immersed in the culture of another country, and with that in mind, my stories reflect Jamaica in various ways. There is the culture, the landmarks, the people, and of course, the food. Jamaicans tend to use the smallest excuse to have gathering where food is served. The island is filled with inhabitants from all the continents and so our cuisine is rich and varied.

Children are encouraged to eat specific kinds of food to encourage growth and we see this in Saving Sam, especially during the time he’s in a place of safety. Babies, toddlers and pre-teens often come to despise porridge because it is something they are fed from the moment they can have solid food.

Corn meal porridge is a staple that every Jamaican either loves or hates. It is also called ‘pop’ reputedly because corn meal cleanses the digestive system. This porridge is made through boiling corn meal in water for about twenty minutes, adding coconut milk and spices (cinnamon leaves, nutmeg, vanilla) and sweetening with condensed milk. Many Jamaicans also like corn meal pudding, a sweet treat. 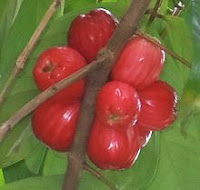 Fruits are also not in short supply in Jamaica and the Otaheite or Malay Rose apple is a favourite of many children. Originally from Malaysia, this apple has been introduced throughout the Caribbean. The thin, edible skin varies from a reddish to rich purple colour.  The flesh is soft and juicy, and these apples can also be used to make a refreshing drink or wine. They are a wonderful source of vitamin C and contain antioxidants.

Whether it is prepared over a flame or fresh off a tree, there is always something to satisfy the reader’s palate in my Caribbean tales.

Thanks for stopping by to share your food for thought, J.L.!

You can find J.L. and her books here: 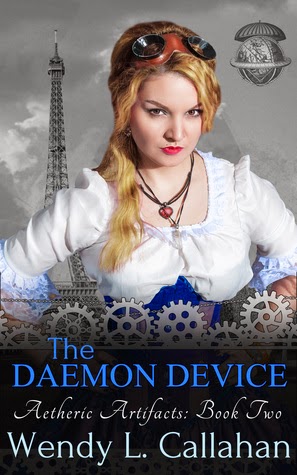 It’s All About the Pastry

The blurb to The Daemon Device asks the question, “Just how much lemon cake does it take to keep Demetra happy?” The Enigma Engine purports to “answer the perennial question: is there ever a wrong time to eat cake?” If you have ever wondered why there is so much pastry in the Aetheric Artifacts series, I am here to explain.

It all begins in The Chronos Clock, in which we meet Demetra Ashdown. Demetra is many things, including a drinker of tea and consumer of cakes. These traits seem quite dominant in her personality throughout the entire series. Why is that?

I think I must lay blame on Jane Austen for this. Or, specifically, adaptations of Jane Austen books as movies. It doesn’t matter which movie it is – if someone is distraught, tea is the answer. This is particularly noticeable in Ang Lee’s lovely production of “Sense & Sensibility”. The idea of tea as a restorative beverage and soother of nerves has stayed with me since then.

So in a fit of pastry-driven madness, I created Demetra, who believes any problem can be solved with logic, tea, and cake. Lemon cake is her particular favorite, and she mentions it in every book of the Aetheric Artifacts. She is not alone in her food obsession, though. Her closest friend and scientific sidekick, Simon, expresses a fondness for apple crumble during one memorable moment in The Chronos Clock when news of a clandestine meeting on Drury Lane results in an ongoing pastry punchline.

Who can blame her, though? Going on adventures and solving mysteries is hard work, and one needs energy to do it! Alas, Demetra’s fiancé, Francis, doesn’t stand for this. He prefers to go in, guns blazing, and not pause for tea or cake. Naturally, this makes for some comedic moments between the lovers. Demetra likes her sugar and she’s not afraid to say so.

If you were gallivanting from London to the countryside and back again, flying in an airship from one continent to another, or steaming down the Thames, wouldn’t you get hungry?


Thanks for stopping by to share your food for thought, Wendy! 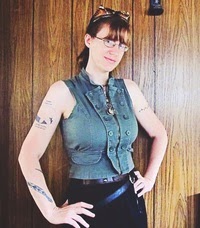