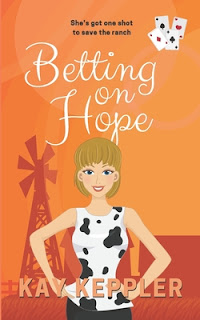 A person’s outlook on life, habits, hobbies, patterns, assumptions, and lifestyle, among other characteristics, are based in part on food. People say they’re vegetarian, pescatarian, vegan, or omnivorous. Some people eat some things only with other things, not after 7pm, or only during certain hours of day. They cook at home or order in. They count grams of fiber, protein, or carbohydrate. And so on. You can tell a lot about people by the way they nourish themselves.

So really, why should fictional characters be any different?

In Betting on Hope, my characters started an organic farm in a last-ditch effort to make their ranch economically feasible. They eat the less-than-perfect vegetables and sell the perfect ones in a subscription delivery service and to area restaurants, barely squeaking by.

In some ways, the vegetables are almost characters themselves. The organic carrots go upscale when they arrive at a casino’s high-end sushi restaurant, where they’re carved into fancy shapes for fastidious and wealthy clients. But the beets turn into convenient weapons when the mob and the FBI mix it up on the casino’s loading dock—although the poker player among them thinks only frozen beets make good weapons.

In the story, everyone’s relationship to food helps define who they are or what they might become—or even what their fallback position, culinarily speaking, is. The task of the youngster in the story is to write up recipes for the delivery boxes, but she’s not knowledgeable enough to do a good job improvising the ingredients. As a birthday present, the poker player gives her a cooking lesson from the sushi chef, and she’s so thrilled with the idea that she makes lunch for her family and visiting guests. When asked what she wants to be when she grows up, she thinks she might like to be a baker.

But not all the food is fancy. In a crisis, the poker player provides McDonald’s breakfast sandwiches to an anxious group.

Even eating out helps to define the characters. Where do they choose to go? Some prefer the casino’s all-you-can eat buffet. Some stick with a favorite restaurant’s daily specials. Some are adventurous eaters. Some not.

Food—and the daily sharing of meals—can shape and even help define a person, a family, and even a nation. By showing how, what, and with whom my characters eat, I’ve tried to sharpen their personalities and clarify their values to help readers see more clearly who they are and what’s important to them.

It’s been fun. And now I think I’m ready for a snack.

Thanks for stopping by to share your food for thought, Kay! 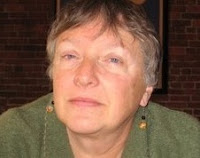 You can find Kay here:

Kay Keppler grew up in a small town in northern Wisconsin but moved to California to escape the cold and snow. Now she lives in a drafty old house with dodgy plumbing and spends her time writing. 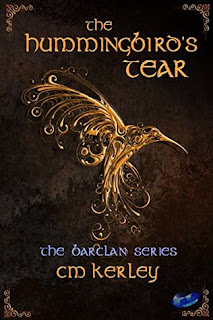 In my view, unless you’re writing a cookbook, food should never be about what someone is eating, it’s about control.

And, since we’re storytelling here, it’s about what someone was doing just before they burned a town to the ground, set a stone fountain on fire, or fell into a deep sleep and aged a thousand years.

In my fantasy series, I found the balance of creating a world of magic and adventure that was believable by bringing in elements of the everyday that the reader can relate to and often these events took place in a familiar place like a kitchen or tavern, or around a familiar task like cooking.

The Hummingbird’s Tear opens with a bang, the reader is introduced to one of the main characters and immediately has to accept he can read people’s thoughts; and I do this by putting him in a tavern which is so easy to imagine, so it only a minute amount of effort for the reader to extend their belief to a mind reader. This book is all about the characters and the events that propel them across a three story arc, and as I ask the reader to indulge their appetite for excellent fantasy, so I let the characters gorge. There’s sumptuous foods cooked in kitchens, people have full stomachs, no one is hungry.

Everyone is starving at the start of the Giant’s Echo, and famine is killing people as fast as the mercenary armies that are attacking the kingdom from within. In this book, it’s not about food, there is no food, it’s about what’s left and how desperate everyone is.

My favourite scene from this book has one of the main characters, Travis, coming down off a drug bender in the presence of the Queen. This scene isn’t about food as much as it is about the way she uses it to torture him, to let him know she isn’t blind to what he is doing:

The queen picked up her spoon and started lightly tapping the side of the bowl. The clink, clink, clink quickly vexed Travis. He imagined reaching out, grabbing the ornate royal silver bowl and throwing it against the wall behind her. Anything to make her stop, make her jump, make her react. Each strike of the spoon seemed louder than the last, the echoes trapping him in the room. Every time she clinked the spoon on the bowl Travis blinked. He wished he could snatch that spoon, bend it in half and hammer it into the table with his fists.

By the time the reader has picked up the Hunchback’s Sigh, we’ve got past food and we’re onto drink. In a story that’s taken readers to the start of creation and back, across a whole world and offered up characters to love and utterly revile, I offered them booze.

This book is about how we deal with what we’ve done, what we’re going to do, and what we are going to force other people to do; weighty issues no matter how you dress them. So, I dropped food, it becomes nothing more than what people have to do to keep being able to put a foot in front of the other, and I used the good old fashioned device of a strong drink to give some of my characters a break. Believe me, they needed it.

Thanks for stopping by to share your food for thought, Caroline!

You can find C.M. Kerley here: 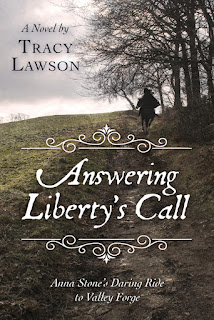 While doing research for Answering Liberty’s Call: Anna Stone’s Daring Ride to Valley Forge (2021) I learned a lot about the daily lives of colonial Americans—including what they wore and what they ate. Food production was a large part of their daily lives, and I was surprised to learn people believed it was not healthful to eat raw fruits and vegetables.

Neighbors often gathering to help bring in crops. When I chose to advance Anna and Benjamin’s interest in one another at a cidering party, of course apples were central to the fun, the work, and their budding romance.

In the book the young women play a game in which they peel an apple in one long peel and then throw the peel over their shoulder, and hope it lands in the shape of their true love’s initial. One wonders if this game was invented by a young girl, or by a watchful older woman who was trying to get the girls to peel apples at top speed!

When Anna’s crush Benjamin offers her an apple he’s picked off the tree for her, she laughs—for she’s headed home with bushels she must stew and dry. He urges her to try it, just as it is, and she realizes it’s perfect. Later, when she coyly tells him she’s come to prefer apples uncooked, it’s a sign she’s open to his advances.

I found a recipe for Apple Tansey, a popular side dish of the colonial period. It’s something like an apple quiche, but sweet rather than savory. I was curious, and though I’m not much of a cook, I decided to give it a try. How did it go? I produced a short video of my attempt at colonial cooking:

Thanks for stopping by to share your food for thought, Tracy!

You can find Tracy here:

Posted by Shelley Workinger at 9:45 AM 3 comments: