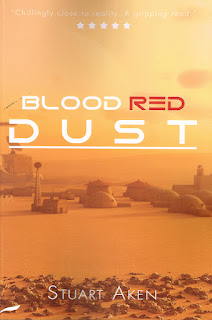 Food; ‘You canna live wi’out it, Jim.’ SciFi fans will recognise Scottie from Star Trek here. But food is rarely discussed in the genre.

I began Blood Red Dust as a one-off story about a possible future on Earth if we fail to stop climate change. But I ‘spect it just growed,’ like Topsy and became a trilogy. The other two books are traditional, but Blood Red Dust is unusual with its mix of ‘reports’ gathered from multiple sources to fit the mood of the time in which it’s set.

Mars, where most of the story is set, is a hostile environment where food will be a problem for a long time if we ever make it there in person. For the first colonists it’ll be the stuff they eat on the International Space Station until they can grow their own. Ain’t no fancy eateries on that there red planet!

Madonna, a brilliant colonist specialising in robotics, enters the mess room late one morning, ‘I fixed myself a coffee, well, what passes for coffee here till Anni’s got a proper handle on growing the beans.’

Later, in a report from Anni, a genius botanist, the group discusses fantasies, ‘I miss…a warm Mediterranean taverna, with ouzo flowing free and white wine cooling in carafes on chequered table tops. Olives laced with oil and garlic. Seafood caught from the sea that morning. Honey drizzled over pure white yoghurt.’

As the story progresses, food improves and group doctor, Zaphod (yes, named after the character in Hitchhiker’s Guide to the Galaxy) includes it in his report: ‘We’ve eaten: a delicious meal of sweet potato, fresh root vegetables and simple roast chicken, followed by fresh fruit salad. The only ingredient missing was wine.’

Including food in a story helps give atmosphere and lets readers appreciate setting. Like clothes and sex, it provides clues to how characters live, and is therefore essential, even if sometimes a little sparse.

My characters have a little more on their minds than what to eat, as they’re battling lunatic extremists as well as the hostile environment, but they do love food and it brings a bit of humour to the story, too.

Thanks for stopping by to share your food for thought, Stuart! 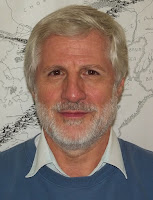 You can find Stuart here: 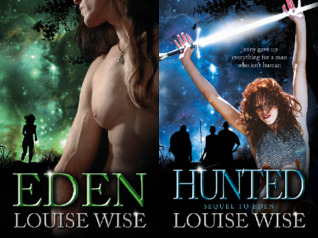 I’m not much of a cook. My abilities in the kitchen are somewhat a joke in my family’s household. I love food, though, and eating out, trying new foods, is an absolute treat. But it isn’t just the food it’s the backdrop, the feel—the entire ambiance that must be just right. Get that wrong, and you could be eating cardboard.

Jenny, Bodie and Matt, the characters in Eden and Hunted (a two-book series), lived in a modern, futuristic world where anything they ever wanted was at a touch of a button, had no problem creating fantastic food in a beautiful setting. They could never have dreamed that their privileged life would end where they had to fight for their lives, pillaging for food and in Jenny’s case, using her body just to stay alive.

The three were astronauts and on a mission to explore the uninhabited planet (Eden). Their assignment was to set sensors into the planet’s crust, collect rocks and plant life, gather information on the animal, marine and birdlife and return home. A journey that would take several years. It had been planned with precision with the three trained meticulously. Except they were too reliant on that ‘touch of a button’ logic where technical glitches just do not happen in 2056.

Subsequently, Jenny was abandoned on the planet, and Bodie and Matt were left trying to survive in a broken space craft.

Left alone on Eden, Jenny finds a crashed alien spaceship and its only survivor, and food becomes the least of her problems. 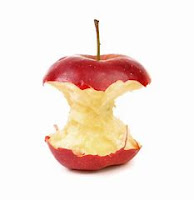 In the distance, a truculent flood of water gushed over a high wall of rock with such force it left her breathless. Airborne droplets gave birth to such an unusual rainbow that she was entranced: a pale green arch, lined with pastel reds and yellows. The presence of phosphorescence caused the green to shine. Tall reeds in oranges and reds grew from the surface of the river, spreading feather-like tentacles over the water’s surface.

The setting is perfect for good food, and Jenny did her best with the natural food that grew on the planet. Naming the feasts she prepared was less adventurous though, she still had ‘bacon and eggs’, ‘spaghetti Bolognese’ and ‘ice cream’ but while they may have looked similar to the real thing they definitely tasted differently!

Thanks for stopping by to share your food for thought, Louise! 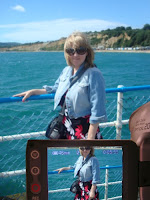 You can find Louise here:


Louise Wise is a British author from the Midlands in England. Her debut novel is the acclaimed sci-fi romance titled EDEN, which was followed by its sequel HUNTED in 2013.

Writing under the name of T. E Kessler the forthcoming, JELVIA: NOT HUMAN series is themed on the above Eden and Hunted books and have mature themes. HOLDING OUT FOR A HERO book 1 and SURVIVING HER DOMINATE book 2, and book 3 SPIDER will follow in 2020. Wise chose to use T. E Kessler to differentiate from her non-erotic books, which include:
EDEN (sci-fi romance), HUNTED (sci-fi romance), A PROPER CHARLIE (romantic comedy), OH NO, I'VE FALLEN IN LOVE! (dark, comedy romance), and WIDE AWAKE ASLEEP (time travel, romance).

Wise enjoys writing comedy and finds a place for it in ALL her books. She has written numerous short stories for women's magazines such as Take a Break and Woman's Own.

Imagine yourself stranded.
With no way of getting home.
Ever.
You’ve no communication, no shelter, no food.
No weapons.
Now imagine this place is another planet.
Then you realise you aren’t alone after all . . .

Jenny's from Earth. Fly's from Itor. By a quirk of fate they met. She tamed him and they fell in love.

Now, they live an idyllic life away from the wolf-like people and savage tribes of Neanderthals that prowl Eden. But things are changing outside their little kingdom. The wolf-people are disbanding and someone, or something, appears to be hunting the Neanderthals.

The signs are there that their world is changing—only they fail to notice straight away, and when they do, they don’t have much time to prepare.

Posted by Shelley Workinger at 1:20 PM No comments: 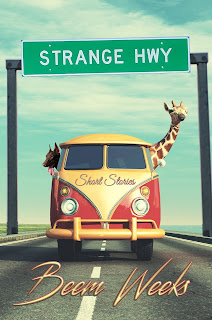 Melanie is the ten-year-old POV character of my short story called "Monster," found in my collection entitled Strange Hwy. She’s going trick-or-treating with her older sister Millicent and a pair of neighborhood boys. As the older sister, Millicent has a knack for cheating the younger out of the good treats. And by good treats, I mean the chocolate bars and Skittles—those snacks a girl won’t mind spending her allowance on when it’s not Halloween.

Millicent hates jellybeans. Her idea of being a good big sister is to convince Melanie to trade off her chocolate for jellybeans. But Melanie hates jellybeans as well. And as the younger girl grows older, wisdom sets in. She’s no longer compelled to capitulate to her sister’s ideas where candy is concerned.

The story unfolds around the house at the end of the block. This is where the monster dwells—a man with a history. Of the four kids in the group, Melanie is the only one who dares approach the front door, seeking a treat, hoping she doesn’t become a victim of the monster. But there’s a twist in this tale. The monster is not who or what we expect him to be. And since Melanie is the only child to dare ring his doorbell, she’s the recipient of a grand chocolate bounty.

There is a morsel of reality in this piece, in that I, as the older brother, often tried to swindle my younger brother out of the good trick-or-treat snacks. I hated jellybeans as a youngster. They were easy to pawn off on my brother. When my brother reached an older and wiser age, he no longer cared to make those trades I’d once convinced him were worthwhile. However, I found a silver lining in being stuck with jellybeans: they’d last well into the next year. I’d still have Halloween candy as late as February or March. Jellybeans or no, candy is candy to a kid.

Thanks for stopping by to share your food for thought, Beem! 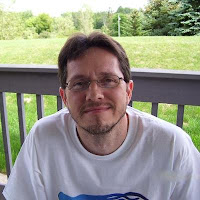 You can find Beem here:

Posted by Shelley Workinger at 8:07 AM 3 comments: 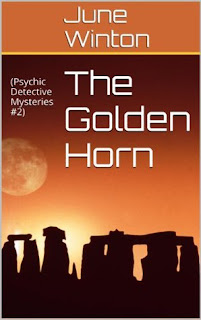 Lacy is officially fed up! She would rather be eating Greek food at her boyfriend’s house, with his Mum giving her cooking lessons. Or even at the local Burger Man with her pals, having a laugh. Instead of which she is babysitting her six year old half-sister, Sophie, and trying to persuade her to eat her vegetables.

To make matters worse, Sophie has a severe case of sleepwalking and an imaginary friend called “Betty Ballerina”, and seems to be obsessed with “digging for treasure” in their back garden, where Betty keeps showing her to. Only thing is, there might be something nasty hidden in the garden…

Lacy enlists the help of her friend, Karina, who thinks Sophie might be haunted and is seeing a ghost, and persuades Lacy to attend a psychic fair to have her Tarot cards read. Only this makes matters worse when she picks the Death card along with the Tower and black sword cards, prompting the fortune teller to give her money back.

In desperation Lacy turns to Barry, a family friend who owns a metal detector and has recently found a golden horn, thought to be celtic but placed in an anglo-saxon burial site. She begs Barry to search their garden for clues as to what Sophie is looking for. But will he get there in time?

Thanks for stopping by to share you food for thought, June! 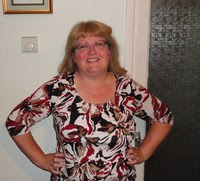 You can find June here:

Books on Amazon US
Posted by Shelley Workinger at 10:18 AM No comments: