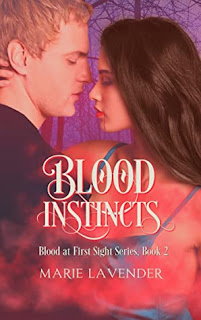 Someone just stumbling across my paranormal romance/urban fantasy novel with a futuristic angle, Blood Instincts, might not suspect that part of it is actually down to earth, at least when it comes to culinary elements. Sure, there are vampires, fairies, witches, and a werewolf in the mix, but the food is just what you would come to expect from the Baltimore, Maryland area.

Our heroine, Myah Sullivan, is a pescatarian by preference alone. She eats seafood, healthy grains, eggs, dairy products, and plenty of vegetables. But no red meat. Ever. Her supernatural nature, which she later discovers, will challenge her beliefs about the world she knows, and especially what she tends to consume every day. But let’s not get into vampire cravings for blood. We’re here to talk about food, right?

Whether eating out or enjoying a simple meal at home, Myah is a foodie. So, that’s rather apropos for this blog. She is a decent cook, and even reminisces about some of the meals her father used to prepare when she was a child. In the book, she prepares “tuna and rice mixed with Italian salad greens on a whole wheat pita” for herself and the guy she’s dating.

They go to a restaurant at one point during the story, and Myah orders a tomato and mozzarella appetizer, and then truffle mac ‘n’ cheese with a side of asparagus for dinner. Oliver gets lobster and crab cakes for a starter, butternut squash bisque, and sea scallops with wild mushroom risotto for the meal. He chooses French beans with heirloom tomatoes on the side. For dessert, they decide to share a small piece of flourless chocolate espresso cake. I know, it sounds like a lot! But I promise that they take some of that food home, anyway.

Yet, Oliver King is good in the kitchen as well. He even surprises her with breakfast in bed – pancakes and eggs. It’s no wonder he is so capable on multiple levels, considering his artistic nature.

Myah’s big comfort food, which she enjoys later in the story at her grandfather’s house, is vegetarian lasagna. That dish is prepared by her Aunt Jenny. The house is like another home for Myah, and the people there are soothing in times of distress. Still, her vampiric appetites will lead her to a final confrontation that no one could anticipate.

But that’s a story for another day.

There are other culinary delights to be discovered in Blood Instincts. However, it looks like we’ve run out of time. While I wrote this book, my mouth was watering as I researched Baltimore cuisine, not to mention all the pescatarian options. I’d just love to visit that beautiful city sometime. Fingers crossed!

Thanks for stopping by to share your food for thought, Marie! 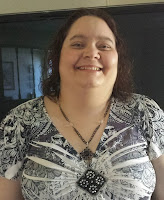 You can find Marie here:

Multi-genre author of Victorian maritime romance/family saga, Heiresses in Love. Marie Lavender lives in the Midwest with her family and two cats. She has been writing for a little over twenty-five years, with more works in progress than she can count on two hands. Since 2010, Marie has published 21 books in the genres of historical romance, contemporary romance, romantic suspense, paranormal romance, romantic comedy, dramatic fiction, fantasy, science fiction, mystery/thriller, literary fiction and poetry. An avid blogger on the side, she writes adult fiction, published one story for children, and recently started some YA fiction. She also contributed to several anthologies. Though Marie has standalone titles on the market, there are six current published series, with many others planned. The start of her Victorian maritime romance series, Heiresses in Love, has returned, and the sequels in the trilogy will also be released under her new publisher, Foundations Books.

Enter the Other World at your own risk…

Myah Sullivan believes she is in a relatively normal, safe world. That could not be further from the truth.

Suddenly, she’s living a nightmare. There are Others in this place – dangerous, supernatural creatures that make her mind spin and cause her to question the reality she’s always known.

Oliver King is her savior, a vampire who tries to show her the way. Throughout her journey, she learns far more than she ever thought she would about herself, and about the past. Soon, she discovers that there is so much more to meeting Oliver than mere happenstance. The stakes just might be too high, after all.

So, what would you do if you found out that you weren’t exactly…human?

Posted by Shelley Workinger at 7:51 PM No comments: 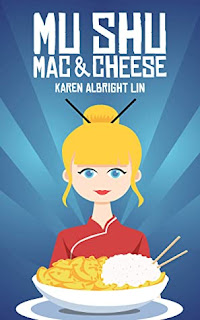 I’m a Midwest girl who married into an always-hungry Chinese family. As the first Caucasian interloper, there were many adjustments to make. Culinary differences were the most fun. What better way to show off than to cook for the dozen-strong eager eaters. But when I broke the spaghetti noodles so they’d fit in the pot there was a literal gasp. Breaking the long-life noodles was tantamount to wishing early death upon hubby’s parents.  And this was only the beginning of my personal subplot.

Most of what I write features Chinese culture and food as subplots. My first book, ethnic family saga American Moon: A Chinese Immigrant Story, even includes recipes for the foods eaten by the characters.

Food is love, sharing, East and West coming together. In my second novel, Mu Shu Mac & Cheese, Elaine is not only a culinary instructor. She’s the recipe developer for a Blue Apron-style company and the subject of a reality show filming in her home. Her family is sliced and diced when her mother-in-law arrives for a “lucky 8-day” visit. Ma turns their household topsy-turvy from rearranging furniture to insisting Elaine’s son wear garish Chinese robes to prom.

Day one dinner: Elaine makes Indian lamb curry. As she cuts, the blood oozing from the bone reminds her of the red of Chinese luck, but also the red of stop signs and dangerous tides. 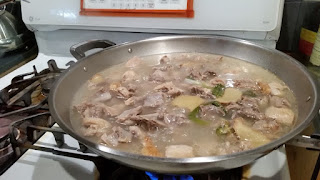 Ma challenges Elaine with a critique of the kitchen, starting with a “tsk tsk” over the lack of a mirror behind the stove-which doubles your luck apparently. The cleanup sounds less like luck, more like a degreasing nightmare.

Elaine makes complicated pork and sticky rice wrapped in bamboo leaves. A small victory, her steamed zongzi are a hit with Ma. 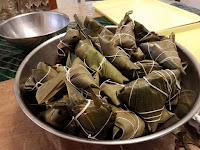 Less admired is the next day’s beef stroganoff. Its bland color on the plate inspires a fung-shui lecture. A meal must have many colors, many textures, many tastes and levels of heat. But Elaine creates a happy turn in the conversation when she remembers her wedding reception. She shares with her boys the Midwest relatives’ shock over unknowingly enjoying jellyfish salad and the cost-saving Kmart cake.

The book’s title comes from the surprising joy among them all when her sons create "Mu Shu Mac & Cheese," a starch-heavy melding of East and West cultures. 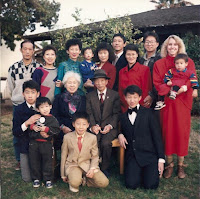 Sisters of the Quill

Writing From the Peak

And dip into food-rich American Moon: A Chinese Immigrant Story, "a hard-luck story about a determined family battling poverty, communism, corruption and their own fateful decisions, makes for an emotional and uplifting read." - Publishers Weekly: https://www.amazon.com/American-Moon-Chinese-Immigrant-Story-ebook/dp/B08B4FPN7Q