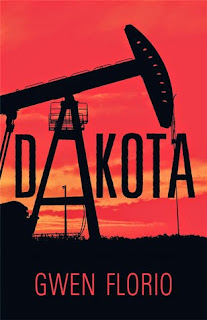 Charlotte Brevik knows how to make a girl feel at home. The retired-nurse/sheriff’s wife fills Lola Wicks with chicken and dumplings swamped in peppery gravy, homemade bread, and creamy casserole of butterbeans she grew and canned herself. A hearty meal to warm a soul in a brutal climate, especially when that soul was just beaten up and left for dead in a snow-covered bar parking lot.

Not that said beating was enough to deter news reporter Lola from pursuing her story; before winding up at the Breviks’ for recovery fuel, Lola takes the time to throw back some tequila and question the guy (Ralph) who pulled her out of the snow about the recent string of vanished girls.

Now, don’t be thinking this Ralph is some sort of knight-in-shining-armor love interest for Lola; despite Lola’s condition and the circumstances that makes their paths cross that night, he still tries to cop a feel at the bar. And he’s actually quite far down the list of local creeps if we were to rank them on offensiveness! Yup, between the strip clubs and the man camp, Lola will need many more home-cooked dinners to sustain her through this investigation. ;)
Posted by Shelley Workinger at 10:51 AM