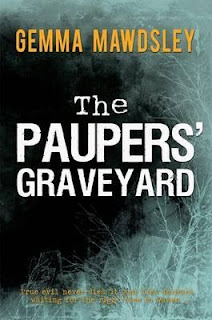 The most frustrating thing that was said to me as a budding writer was, “write what you know.” This one sentence made me stop short and realise that I didn’t know very much and certainly nothing that anyone would want to read about. Another thing they tell you is to find your voice. How I struggled to find a genre where I would fit in until giving up on the standard ones and combining history with horror. My first novel, The Paupers' Graveyard, dealt with a very important time in Irish history, the time of the Great Famine. As I wrote, I began to realise that food, like most things in life, only becomes important when there is a shortage of it. Even before the famine, those who worked on the land were poor and their diet lacked all the nutrients we have come to take for granted. Potatoes were the mainstay, and on rare occasion’s pieces of dried fish, but this was for the man of the house, as he was the breadwinner. It seems such a meagre thing, a piece of dried fish, but to hear twelve-year-old Timmy describe it, it was mouth-watering:


Timmy watched as his mother studied her husband, and when she was sure he wasn’t looking, she took bits of the flaked fish in her fingers and fed them to the younger children. Rose and Tom opened and closed their mouths soundlessly, reminding Timmy of the fledgling in the trees beside their cabin. He would have loved some of the dried fish and, licking his lips; he tasted the salt from the potatoes and pretended it was from the fish.


It is hard to imagine the pleasure derived from such a small morsel, or the pleasure a young boy would have found in it. Once the blight hit and the potatoes failed, within a year most of Timmy and his kind would have nothing and many were reduced to eating grass!

On the opposite scale, the gentry who remained in the country fared just as badly. Like Elizabeth, the lady of the manor, now reduced to the status of the poor relation. After the untimely death of her husband, her failure to produce a male heir means she is now at the mercy of her brother-in-law. At the height of the famine she flees with her three, young daughters to the nearest port, in the hope of a passage to America. Despite selling her jewels she only has enough to send her three daughters and must return alone to the home she once loved, but will now be her prison.  Heartbroken, she wandered for days before reaching home and on her arrival describes the feast waiting there:


She sipped at the soup, savouring every mouthful. The butler had placed a large platter containing a joint of roast beef on the serving trolley nearby. The smell made her mouth water and she felt guilty at what she saw as a betrayal of her sorrow. A plate was placed in front of her, filled with the carved beef, carrots and bread. Once she tasted the food she wanted more. Nothing had ever tasted that good. The juices trapped within the fleshy meat leaked out, bathing and caressing her tongue. In her hurry, she swallowed chunks that momentarily stuck in her throat. The butler refilled her plate twice, and she blushed at her lust for food. Once, when she inadvertently caught Carey’s eye, he winked and remarked, “Hunger makes sweet sauce. Doesn’t it, Elizabeth?”


Despite the horror of the famine, a friendship blossomed in the unlikeliest of places. Amidst the squalor of the workhouse, a fugitive lady of the manor and a young farm labourer rescue orphaned children and do their best to save them from the fate of a paupers’ graveyard.

Still, today, Ireland is a land dotted with reminders of a time of famine. From the paupers’ graveyards, many overgrown and hidden among the weeds, to the abandoned ruins of villages; left behind by those fleeing from its horror. These places exists and have becomes stories that old women whisper about around winter fire to wide-eyed children and cross themselves in fear. Though over a hundred-and-fifty years have passed, the memory of a time when the crops failed and famine spread over the land like a dark shadow, is still fresh in the minds of those who fear it still.

Thanks for stopping by to share your food for thought, Gemma! 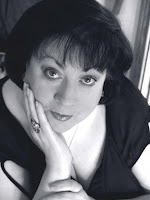 You can find Gemma here:

Posted by Shelley Workinger at 8:54 AM