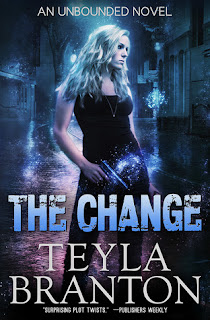 On the day I set foot on the path to immortality . . .

One minute Erin Radkey was in a burn unit without possibility of recovery and the next she awakes in a coffin covered with a gelatinous substance, her body perfectly healed. You might ask: Is this some remake of a vampire series?

The answer would be no. Erin has joined the ranks of Unbounded, nearly immortal beings whose quick regeneration is aided by the fact that they can absorb nutrients through their pores instead of having to ingest food. They can process organic matter and food molecules from the air without even thinking about it. Better yet, their bodies absorb only what they need.

Think of it! That means no more hunger pains, and for the most part no gaining weight—unless you really work at it, because not only is their metabolism off the charts, but regeneration takes a lot of energy. (Aside note: Since Renegade Unbounded are in a desperate battle with an evil faction of their own people over control of the mortal world and are also hunted by the only mortals aware of their existence, there happens to be a significant need for regeneration.)

How would you like to never worry about food again?

Well, the Unbounded in my urban fantasy still eat because, let’s face it, eating is fun. Just like the rest of us, they eat when they’re sad or worried or celebrating. But for those who previously loved to drink, their metabolism no longer permits intoxication. Even the strong stuff only gives a momentary buzz.

Then there’s the matter of the only way they can be killed and the whole locked-away-in-a-sealed-tomb issue, but we won’t go into that.

Here’s an excerpt where Erin uses what she absorbs to help her get out of a tight spot. Or does she get out?

With a growl, he launched himself at me, tumbling me backwards. I kept waiting for a miracle, for one of the others to save me, or for my so-called Unbounded talent to kick in and tell me what to do.
Nothing.
Sitting on my stomach, my assailant punched me hard in the face. Fury burst through my fear. I’d been burned practically to death, lost my best friend, held prisoner, separated from my family, trained till my arms bled, and finally rejected by a man who’d claimed to love me. I wasn’t going to let myself be kidnapped by a twenty-something idiot I didn’t even know.
I feigned semi-consciousness but was really absorbing nutrients from the grass I laid in, the trees looming above, the air I breathed. My assailant came to his feet, dragging me with him. In seconds, I’d be in that car, all hope of escape gone. There were no convenient rocks or heavy sticks nearby to use as a weapon. But there was the car.
Faking a stumble, I grabbed at him and used my body to ram him into the car . . .

Would you choose to absorb nutrients like the Unbounded if you could?

Thanks for having me! Love to have you drop by my website and say hi.

Thanks for stopping by to share your food for thought, Teyla! 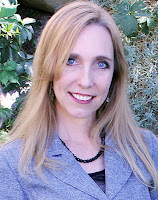 You can find Teyla here:


Teyla Branton grew up avidly reading science fiction and fantasy and watching Star Trek reruns with her large family. They lived on a little farm where she loved to visit the solitary cow and collect (and juggle) the eggs, usually making it back to the house with most of them intact. On that same farm she once owned thirty-three gerbils and eighteen cats, not a good mix, as it turns out. Teyla always had her nose in a book and daydreamed about someday creating her own worlds. She is now married, mostly grown up, and has seven kids, so life at her house can be very interesting (and loud), but writing keeps her sane. Teyla writes urban fantasy (Unbounded series), paranormal romantic suspense (Imprints series), and science fiction (Colony Six series). She also writes contemporary romance (Lily’s House and Finding Home series) and romantic suspense under the name Rachel Branton.

Posted by Shelley Workinger at 11:02 AM