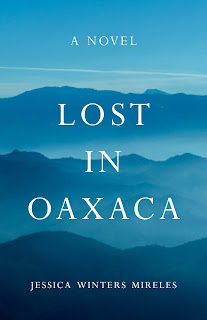 My mother was a terrible cook. It didn’t help that my father lacked an adventurous palette—to be honest, the only food he ever really enjoyed was the olive in his martini glass. She had a repertoire of about six meals that included spaghetti, meatloaf and mashed potatoes, sautéed chicken thighs, overcooked steak and fried ham with mushy scalloped potatoes. Once in a while, she would make her rendition of tacos—greasy tortilla shells stuffed with salty ground beef, iceberg lettuce and a splash of Tabasco.

My gastronomic life changed dramatically when I was a senior at USC, and I met my future husband—an indigenous man from Oaxaca, Mexico. Talk about food shock! Out the frying pan went my usual fare of mac and cheese, patty melts and hamburgers. In came carne asada, fresh avocado and cilantro, roasted chile pasilla salsa and handmade corn tortillas. For the first time in my life, I was introduced to a whole new world of flavor and heat.

Being married to a Oaxacan man for over thirty years, it’s not surprising that my husband has influenced me in my own kitchen. These days, it’s rare that I cook a meal that doesn’t include corn tortillas, jalapeños or black beans. It’s also not unexpected that my novel, Lost in Oaxaca would reflect the many facets of his Mexican culture—a central one being the incredible cuisine of Oaxaca.

My protagonist, Camille, is a privileged piano teacher from Santa Barbara who finds herself lost in the mountains of Oaxaca after she travels there in search of her missing piano student. After a disastrous bus accident, she is stranded on a small ranch where she is aided by members of the local indigenous community. There, she experiences her first authentic Oaxacan meal: caldo de pollo, a rich and aromatic chicken broth simmered with a variety of vegetables, including chayote, a light green squash native to the region. She samples crispy corn tortillas—lightly browned with just the right amount of salt. She also has a fiery experience with fresh salsa made with chile piquín—a pepper so hot that after one bite she thinks her head may explode.

Later, after Camille arrives in the Zapotec village of Villa Hidalgo Yalálag, the food only gets more delectable. She can’t get enough of the savory stewed chicken and rice smothered in spicy mole negro sauce. Then there’s the quesadillas con flor de calabaza—corn tortillas made from fresh masa dough, filled with melted quesillo cheese and stuffed with bright yellow squash blossoms freshly picked from the vine. For dessert, a clay bowl filled with hot Oaxacan chocolate is whipped into a bubbly froth with a molinillo (a traditional wooden whisk.) It’s the perfect vehicle for dipping in big hunks of pan de Yalálag, a delicious bread made with egg yolk and dusted with sesame seeds. Camille even gets drunk on the local mezcal, served to her in a jicara—a cup fashioned from a dried gourd.

The culinary delights of Oaxaca are unlimited, and I highly encourage you to book your next vacation there. If not, try out a local restaurant that offers Oaxacan fare. Or watch a YouTube video about Oaxacan cuisine, and try cooking a dish yourself.

But whatever you do, don’t let my mother make the tacos.

Thanks for stopping by and sharing your food for thought, Jessica! 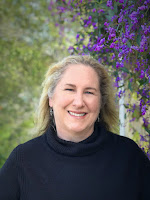 You can find Jessica here:


Born and raised in Santa Barbara, California, JESSICA WINTERS MIRELES holds a degree in piano performance from USC. After graduating, she began her career as a piano teacher and performer. Four children and a studio of more than forty piano students later, Jessica’s life changed drastically when her youngest daughter was diagnosed with leukemia at the age of two; she soon decided that life was too short to give up on her dreams of becoming a writer, and after five years of carving out some time each day from her busy schedule, she finished Lost in Oaxaca. Jessica’s work has been published in GreenPrints and Mothering magazines. She also knows quite a bit about Oaxaca, as her husband is an indigenous Zapotec man from the highlands of Oaxaca and is a great source of inspiration. She lives with her husband and family in Santa Barbara, California.
Posted by Shelley Workinger at 3:09 PM