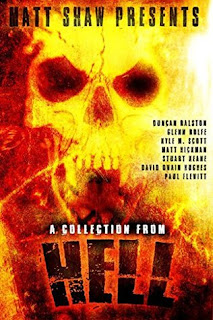 Horror, at its heart, is the exploration of the darkness within mankind. It is an introspection on the evils that men do. It holds up a dark light on the human condition, and tells certain truths that are often hard to stomach. What it also does is break down taboos; those conversations that you only ever have between trusted friends in darkened rooms, with the curtains closed and doors locked, hoping and praying the following morning that nobody heard your midnight confessions and darkest fantasies. Horror tells you to look at this thing, this hideous article that man has done. Examine this thing and know it, search its entrails for subtle meanings. Grow to love this disgusting thing, because this thing could be you.

It’s important to understand all of the above before I get into the meat (pardon the pun) of this post. You have to understand that horror writers are observers. We are not bogeymen who wish to tear your heart out, nor do we attend midnight rituals where virgins are sacrificed on the altar of creativity and imagination … at least, none of the writers I know do that. It’s important for you to know that, despite writing with such delight when it comes to the following, I never have actually tasted human flesh.

“Why cannibalism? Why would you even think to write about that?”

Two questions often asked of me when Poor Jeffrey was released, most often by the more squeamish of readers. The answer is, because I don’t think that it has ever been done in the way I did it. Writers often make cannibals animals, driven by a bloodlust to consume human meat. Other times, the cannibal is arrogant and views other human beings as mere herd animals, ripe for slaughter and put on the earth as another food source to be hunted and consumed. Then there are the tribes of South America, who hunted and ate humans because they literally were just another food source in the jungle. They called the white man “long pig,” due to the similarity between the taste of human meat and porcine. There is, I found after some research, another motive for cannibals. This is the motive that I wanted to explore and found interesting.

Some cannibals imbibe human meat out of love. That sounds pretty perverse, doesn’t it? “I killed you and ate you because I love you.” Doesn’t quite ring true, does it? Let’s dig down into the logic of it though, before we make our judgements. The act of sexual intercourse is perhaps the closest we ever get to oneness with our partner, isn’t it? For a brief time, we become one organism conjoined at the loins and hearts. Our bodies move in rhythm to achieve climax, before laying in sweat and exhaustion, remaining there to prolong that feeling of oneness that we all crave. What if that oneness can be maintained forever? What if, in the act of consuming that person we love, we achieve true oneness? We keep them safe in our bellies where no one can rend and divide us, extracting their essence into ourselves forever. We truly become one entity. What if the act of consumption is really the ultimate act of love?

What if … That is the question that haunts every writer of dark fiction when they set the pen to the page. What scares us is that we sometimes find the answer to that question.

Thanks for stopping by to share your food for thought, Paul! 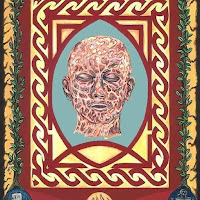