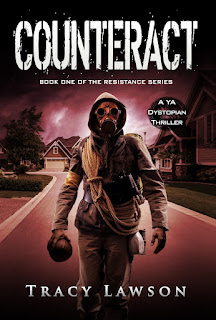 It's a Small Price to Pay for Safety

Tommy Bailey’s got a high school football player’s appetite. He’d happily inhale anything that isn’t red-hot or nailed down.

But it’s not up to him what, or how much, he gets to eat.

In Tommy’s reality, domestic terrorist attacks are so common that grocery stores have been shuttered in the name of public safety. With few businesses licensed to carry food products, you can’t just stop at a gas station’s quick mart and pick up a soda and a bag of chips. The Essential Services Department, created by the government to protect the U. S. food supply against tampering, makes weekly food deliveries and dictates what everyone gets to eat.

Sure, it’s a big job to handle food distribution for the entire country—but when Tommy wants tuna salad, he’s got to make it with Thousand Island dressing, and he wonders why he never seems to get peanut butter, jelly, and bread at the same time.

It’s not just a food problem. People have lived with the threat of terrorism so long they’ve given into fear and stopped protesting the myriad government-mandated Restrictions that supposedly protect them. Nearly everyone works from home. Shopping centers, movie theaters, and malls are closed. Pro sports teams play in empty stadiums. Schools have state-of-the-art security, and they’re in the process of phasing out extracurriculars and team sports.

Yet the terrorist attacks continue.

Tommy’s got bigger problems than trying to create meals like he’s on an episode of Chopped. He’s down to his last dose of the government-issued antidote that protects him from the effects of a lethal terrorist gas-strike, yet he takes pity on Careen, whom he’s just met, and shares with her.

Without enough antidote, the teens expect to die. Instead, they go through harsh withdrawal symptoms and come to realize the terrorist attack was a sham. The antidote was never meant to protect them—it dulls their thoughts and makes them easy to control. As they search for the truth, Tommy learns his parents, who recently died in a car accident, were leaders of an underground resistance group that’s fighting to overthrow the government. Will Tommy carry on his parents’ crusade and try to expose the truth—even though he could be the next target?

It may sound like this series is meant to mirror the events of 2020—but I started writing the first book in the series in 2010 and released the fourth and final volume in 2017. My vision of what would happen if people gave into fear and begged the government for protection proved eerily accurate. The food shortages that plague the nation in the second and third books in the series are just some of the parallels you’ll find.

Thanks for stopping by to share your food for thought, Tracy!

You can find Tracy here:

Posted by Shelley Workinger at 2:04 PM