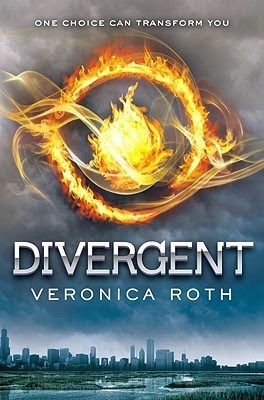 Beatrice is a girl after my own heart.

She leaves not only her family but her entire faction of society behind just because of the food.

Okay, that’s not the whole story, but she does sarcastically say it after eating a hamburger (or circular pieces of meat wedged between round bread slices, as she describes it) for the very first time. Although her new peers are shocked by her life inexperience, Tris (as she now calls herself) is not embarrassed to explain that in her old lifestyle – Abnegation* – they believe such extravagance is considered self-indulgent and unnecessary.

She’s never had interesting cuisine, nor fashionable clothing, nor even a real friend because she’s never had any sort of free will to make choices or even have opinions; Abnegates live selflessly in the fully literal sense, as in no self. At all.

Of course, while that may be how society has required her to behave outwardly, it’s never been how she’s felt on the inside, which is why on choosing day she makes the drastic choice to join the Dauntless.** She’s certainly not the only 16-year-old to switch groups, but the resounding shock at her decision implies that her move is indeed the boldest.

What’s ironic is that much of her Abnegation upbringing helps her succeed at the Dauntless training, although she does feel constantly torn between acting selfless or brave. And what she sees as a struggle, the powers that be view as duplicitous and uncontrollable. Divergents like Tris are not only a problem, but one that must be eliminated at all cost.

And that’s how we as readers find ourselves cheering for Tris to succeed – no, excel – at Dauntless training; we want her to not only reconcile and use both her bravery and her selflessness – sometimes even both in the same moment – but also to use her dangerous Divergence to upset a system that no longer serves the people.

*Selfless
**Brave
Posted by Shelley Workinger at 7:51 AM