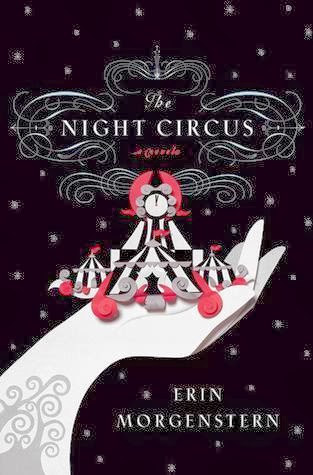 I love carnival food. Who doesn’t? My favorite is the fries; they have that inexplicable something* that is somehow conjured up by every unique traveling show, yet can be found nowhere else on Earth.

Now don’t tell me you don’t believe; real magic is in fact the heart (if not the stomach) of this story. Magic that hides in plain sight by masquerading as trickery.

There is Celia, billed by the night circus as an illusionist, but who actually can alter reality; her show might involve tossing a coat into the air only to have the silk fold in on itself to form the shape of a raven and then fly away.

Marco’s similar, if arguably lesser, ability enables him to manipulate perception – closer to what we think of as stage magic, yet he needs no diversionary tactics since he can truly manipulate what one sees.

Unfortunately, their magical prowess doesn’t equate to psychic ability and the two don’t know that they’re actually being pitted against each other in a contest to the death – the arena for which being the circus that they travel within.

So there’s magic and mystery and romance, yet I can’t help but circle back to my favorite question: What are they serving at this magically real venue? More magic hidden in plain sight, of course! There are fantastically delicious cinnamon things – layers of pastry and cinnamon and sugar all rolled into a twist and covered in icing, as well as spiced cocoa with clouds of extra whipped cream on top. Completely expected carnival foods made exceptional with magic, but still believably real. The only hints at the unusual are the chocolate mice (not at all like the Harry Potter frogs) and the edible paper featuring detailed illustrations that match their respective flavors, which frankly doesn’t sound at all appetizing to me.

And therein lies perhaps the truth of it all: we think we want the bizarre, but we really just want the best-ever version of the usual. We have to be able to relate to it in order to accept it; we need to believe that we are seeing and tasting the exceptional but normal, because admitting that it’s supernatural, might make it suddenly untrue. As in, It can’t be magic, because then it wouldn’t be really happening. Since nobody wants that, we have to deny the magic in order to enjoy it. See? I need them to serve me magical food out of a real-looking fake kitchen cart so that I can savor the flavors without letting doubt and disbelief sour the taste. ;)

*Probably oil that’s been sitting in a fryer for 50 years and would be labeled toxic by a health inspector if one could ever catch up with the show. But I wouldn’t have it any other way; some secrets are better left unexamined. ;)
Posted by Shelley Workinger at 8:01 AM