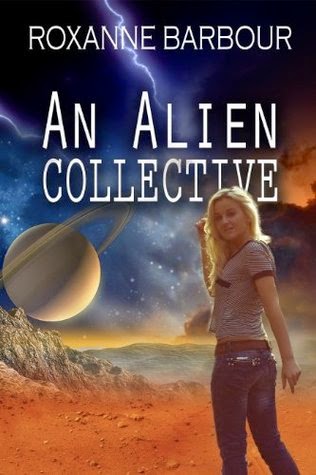 In my world-building, both aliens and humans love food.  But that shouldn’t be surprising—food is the sustenance of life.  But it is much, much more than that!

Synopsis of AN ALIEN COLLECTIVE:

Cyn-Tia Silverthorne wakes up to find herself stranded on an alien planet.  She finds seven other teenaged humans and they are as confused as she is.  To Cyn’s delight, and some apprehension, twenty-four aliens (all teens on their own planets) have also been deposited: eight Temman, eight Irandi, eight Reannone.  Every day, supplies and instructions are delivered to their village for pickup by the managing committee—which consists of Cyn, Stire, Frakis A Kirba, and Tine Jana—one representative from each race.  After a time, the four races create a working collective, but they soon decide to rebel.  The Guardian appears and sends them on a series of quests, but the grand purpose of the experiment still eludes them.

In this novel, many of the plot points are triggered by food.


For example, cooks from all four species gather in the new community building to prepare the first meal:


I turned back to the kitchen.  Stire was listening to a discussion.  The stances of the participants indicated a disagreement.  I walked a little closer.
“I am not going to let some alien watch me cook our food.  Cooking is a private matter.  We have many rituals we perform while we cook.  It is part of our religion,” said an Irandi.
“That is indeed a problem,” agreed Stire.  He looked at me.  Was I supposed to come up with an answer?  Probably, since the other cook involved was a human.

My motivation for this scene was to point out the first of many battles the managing committee would encounter in their attempt to get the four races to work together. I also wanted to introduce the notion of uniqueness of culture, and food rituals were a not-so-obvious place to begin.

Another excerpt:
Just then, a male Reannone walked up to our table.  “You wanted to see me, Frakis?” he asked.
“Yes, Gree.  Where have you been all day?”
“Oh, I took a day off.  I’ve been working too hard at these menial tasks.  It was some alien’s turn.”  Gree seemed quite defiant.
Frakis tapped the table.  “It doesn’t work that way, Gree.  We all need to pull together and get our village running.  We don’t know why we’re here, but we need to make the best of this situation.  And making the best of it means everyone contributes.  This is our life, for the time being.  We’re all taking turns at the tasks and, while I agree that most of them are menial, they’re necessary for our survival.”
“Well, I’m not going to do any.”  Gree straightened his posture.
Frakis glance at us before she replied, “Then you don’t get any food or housing.  That’s what we’re all working for.”
Gree stared at Frakis for a moment, and then walked away.

I used this scene to plant my first seed relating to rebellion.  I wanted to show that while the members of the managing committee were working well together, not everyone else was having an easy time of it—which put further pressure on Cyn, Stire, Frakis, and Jana. Would the eventual large-scale rebellion lead to loss of food for everyone? Find out in AN ALIEN COLLECTIVE.

Thanks for stopping by to share your food for thought, Roxanne!

Posted by Shelley Workinger at 1:58 PM