FOODFIC: Please Welcome Neil McGarry, Author of The Duchess of the Shallows 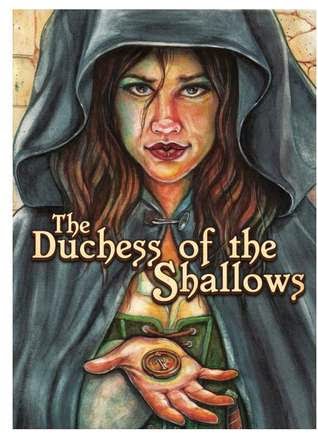 Food, like water, is life, but how many eat simply to stay alive? Food does more for us than simply sustain life, and in fantasy fiction it can do the same.

When my coauthor and I set out to write The Duchess of the Shallows, we knew instantly that Duchess' past life as a baker was important. She is a baker by trade, because bread is food that is enjoyed by both commoners and high born, even if the food itself isn't any different. The "presence" of that food gave Duchess an air of being in two worlds at once, which factored heavily into the outcome of both that novel and the series in general. As bread is a food eaten throughout the real world we know, so it is eaten throughout the fantasy, fog-bound city of Rodaas. The selling of that bread took Duchess all along its winding streets and alleys, setting up a potential network of allies and contacts she would need to help her with the heist she planned. Finally, but how better to help readers connect with the hero than to have her triumph by the small knowledge of flour and yeast?

An unwritten rule of fantasy is that the details of the world-building must be "realistic", which among other things means that the food the characters eat must be something you'd expect to find in medieval Europe. I have never quite understood why it's "realistic" for a medieval-style world to contain dragons but not, say, coffee. Yes, yes, I know that particular beverage didn't make its way to Europe until the 16th century at the earliest, but dragons never got there at all and no one complains about that. So I ignore that rule because why not.

In my second novel, The Fall of Ventaris, two characters who are anything but wealthy buy and share an orange. Although one could argue that such a fruit was an unaffordable treat in their world, I liked the idea of two people walking through a crowded marketplace, tearing wedges from an orange they passed back and forth. There was a certain camaradarie inherent in that image, one that trumped any sense of "realism."

Food is an experience we all share, and there is something comforting about both the way food is prepared and the way it is served. Duchess uses bread-making to calm her nerves and clear her mind before braving the dangers of the estate of Baron Eusbius. Later in the series, a feast is a welcome interlude before the climactic events in the imperial palace, events Duchess herself has secretly engineered. Some of the food she eats there – ripe pears and spicy sausage – is familiar, and the some – like the exotic bataya – is beyond her experience, but all of it helps ground her before the dangers to come. She eats this meal with persons of power, and yet the ritual of eating together makes her feel a part of a group that, under normal circumstances, would not deign to be in the same room with something they think so ignobly born.

Fiction, to me, is as necessary to life as food, and food is as much of an adventure as fiction. The two together – well, for me they make something truly fantastic.

Thanks for stopping by to share your food for thought, Neil! 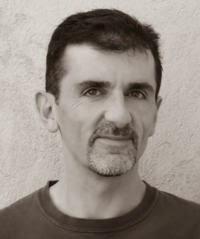 You can find Neil and his books here:

Amazon.com
Posted by Shelley Workinger at 11:49 AM