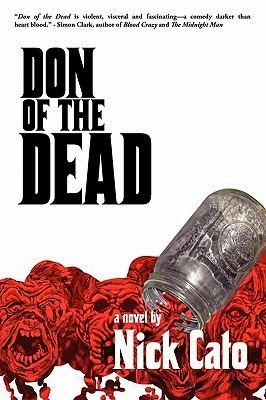 
Calamari is popular in many Asian and Italian dishes. In Italian/American culture, calamari is considered a rite of passage; when you finally enjoy it, you’re no longer a child, but on your way to having adult tastes. While many people have no problem eating squid when it is cut into rings and deep fried and drowned in marinara or hot sauce, those who are too timid to sample the mini tentacle clusters are missing the true flavor and aura of calamari.


In my debut novel, DON OF THE DEAD (2009 Coscom Entertainment), there are several dinner scenes, which is befitting of a gangster tale. Pasta is served at every meal, and calamari is too, sometimes to an absurd degree. One of the older mobsters is even nick-named Carl “The Calamari.” He eats calamari with every meal. He has been known to toss some rings onto his corn flakes, or stuff some fried tentacles into his roast beef hero. Rumor has it a dish of the prized seafood was placed between Carl and his wife on their wedding night. In the novel, side characters are seen eating calamari, and its presence in the background—I believe—helped to give much of the proceedings a genuine Eye-Talian feel.


As a kid, I was almost afraid to look at someone eating squid. It grossed me out. But when I entered my early teens, my grandfather told me one Sunday afternoon at the dinner table to “knock it off” and try a piece. I’ve been hooked ever since. And so are the characters in DON OF THE DEAD. Calamari is their treat. It’s the little side dish and neighbor to the main meal that keeps them focused, that helps them to feel everything is right with the world.


And in the New York underground, that’s an important state of mind to be in.

Thanks for stopping by to share your food for thought, Nick! 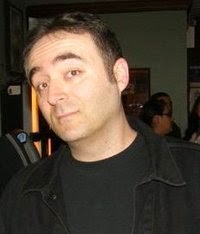 You can find Nick and his books here:

Posted by Shelley Workinger at 1:50 PM