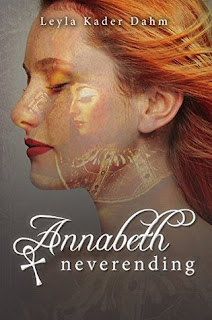 Annabeth Prescott is a reincarnated teenager with an insatiable hunger for knowledge...and junk food.

One thing that's carried over from Annabeth's past life to the present is her sweet tooth. Perhaps because in ancient Egypt the threat of arranged marriage, forced incest, and black magic made things so very sour, she turned to cloyingly sweet foods for comfort. Princess Ana, Annabeth's former incarnation, downed fig pudding and wine cakes soddened with honey like there was no tomorrow. She probably worried there wouldn't be one.

In modern times, Annabeth drowns her numerous sorrows in Moxie, a regionally-brewed soda. Many consider it to be an acquired taste, but Annabeth--who's always been unusually mature for her age--has appreciated its carbonated goodness since the tender age of five. She also enjoys Little Debbie snack cakes (especially during moments of duress), soft serve ice cream from Dairy Queen (it's strangely refreshing), and deep dish pizza that's been layered with crisp-edged pepperoni (no veggie toppings please, that might make it nutritious).

Of course, she also loves seafood. After all, she's a Mainer. But don't get too excited about some health kick looming. I'm afraid that Annabeth only touches seafood that's been thoroughly drenched in batter and submerged in hot oil. Annabeth has a special penchant for fried clams, though she prefers hers to be belly-free. Luckily, Gabriel Danvers, one of the two objects of her affection, understands that bellies are a deal breaker, and doesn't push her to eat the rubbery sacks.Though secretly, he loves them.

Hopefully, Annabeth will find a soulmate willing to accept all her eating habits. If not, I have a good idea of what'll ease the pain...a Blizzard from DQ.

Thanks for stopping by to share your food for thought, Leyla!

You can find Leyla here:


Wisconsin native Leyla Kader Dahm popped popcorn and dreamt of a career in show business while working in a movie theater during high school. The small-town Midwestern girl opted for the practical route and studied communications at Carroll College and Cornell University. But her life changed course dramatically when a temp agency placed her in a production and development gig at Miramax/Dimension Films.

Dahm went on to work as a script consultant for numerous production companies. She appeared in the acclaimed spoken word show Sit ‘N Spin and had her comedy feature spec, Due North, optioned by Michael Levy Enterprises. She sold her pitch, Survival Instinct, to Nickelodeon Original Movies.

Dahm lives with her husband and children in Los Angeles, where she focuses on writing quality material for families and young adults.
Posted by Shelley Workinger at 2:41 PM