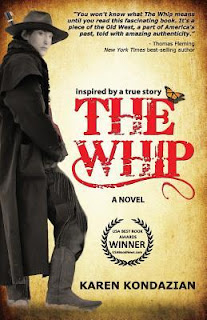 It’s the 1850s in Sacramento, California and the Gold Rush is booming. Streets are packed with men of all color and constitution, wheeling and dealing...having left their families and traveling sometimes treacherous journeys to seek their fortune. After a fruitless day digging for gold, the men might get their kicks through a variety of amusements: mainly brothels, live theater and gambling saloons. They also imbibe in whisky, beer, tobacco... and for the wealthy and adventurous, opium that the Chinese introduced.  But then there was something else that few would try, something called Indian Whisky!

Wait, what? Indian Whisky? That doesn’t sound exactly PC. Well let’s put this into historical context: It was still the ‘Wild West’ and territorial hostilities were at a high but there were also friendly negotiations made between the 'white man' and the Indians.  Although some of the trades between them were not exactly fair to the Indians, there was indeed a huge run on a particular cheap, homemade 'Indian' whisky sold to the Indians, in exchange for goods such as fresh cut tobacco.

What secret ingredients were in Indian Whisky that so titillated the Indian palate and why is it featured in The Whip? (a historical novel inspired by the true story of Charlotte ‘Charley’ Parkhurst (1812-1879), a famous Wells Fargo stagecoach driver who disguised herself as a man). Not to give away spoilers but there is a point in the novel when Charley looses the sight in one eye, having been kicked by her horse.  She is laying in bed, while her friend and fellow stagecoach driver, Ben, is trying to cheer her up by offering her a slug of Indian Whisky and explaining what’s in it: (this is an authentic recipe from the old west, believe it or not!)


"So you take one barrel of river water, and two gallons of alcohol. Then you add two ounces of strychnine...  'cuz strychnine is a f'ing great stimulant. Add three plugs of tobacco to make ‘em sick; an Indian wouldn’t figure it was whiskey unless it made him sick. Then add five bars of soap to give it a bead, and half-pound of red pepper. Put in some sagebrush, boil it ‘til it’s brown, strain it into a barrel and hell, you got yourself some delicious Indian Whiskey."


So if you’re down in the dumps, you might want to try whipping up some Indian Whisky and see if that does the trick~or not.

Goodreads: Best Book to be made into a Film / Top 12 Best Western Books

Posted by Shelley Workinger at 7:47 AM