FOODFIC: Please Welcome Mark David Major, Author of The Persistence of Memory and Other Plays 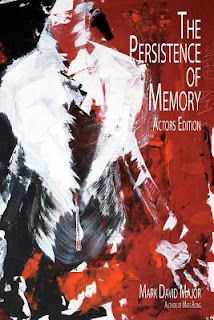 My characters in The Persistence of Memory and Other Plays are gluttons for hypocrisy, arrogance, self-righteousness, and moral indignation; the last being “jealousy with a halo” according to H.G. Wells. Most everywhere, this nutrition is typical fare for youth. Most of these characters are young and live in a world of stark contrasts. They only see extremes: love/hate, want/need, poor/rich, self/other, insider/outsider, and so on. My characters suffer from an abundance of self-awareness about how alone they are in the world. They are indignant about this loneliness. Of course, wisdom comes with age. The stark black and white views of youth evolve into the vivid colors of age and experience, if we are fortunate enough to survive the preliminaries. Better sustenance would benefit my characters. Living is a feast of humility. It nurtures honesty, integrity, and wisdom in the best of us. The worst of us fail to learn, trapped in a vicious cycle to ‘rise and repeat’ until the final curtain.

Of course, people cannot subsist on emotions alone. My characters must eat something. Tristan and Eric in The Persistence of Memory have a steady diet of gin and whiskey on ice, respectively, and Chinese food: low-price takeout for Tristan (he is a struggling writer) and high-price, dine-in options for Eric (he is financially self-sufficient). They often eat together with Eric picking up the tab. After all, their recreational habits are a ‘gateway drug’ to the munchies. Lara has a ‘go-along-to-get-along’ personality. Her eating habits follow Eric and Tristan’s lead. Lara probably pecks at her food like a bird. Tasha is the prototypical ‘granola girl.’ Nuts, berries, and sunflower seeds constitute her culinary fare. The bad girl of Act II, Teresa, subsists on coffee, cigarettes, and the occasional line of cocoa extract. All the characters in The Persistence of Memory would appear thin and unhealthy to most people.

The Truth of Glances is my Southern play; not in terms of setting or dialect but where I wrote it: South Carolina. Most of the characters are college age. Their cuisine choices are limited to regular doses of pizza, beer, and McDonald’s. One the characters even jokes about “the American Dream of breakfast at McDonald’s.” This is certainly true of the male lead, Simon. Maggie still lives at home with a single parent. She suffers pasta dinners, packets of macaroni and cheese, and microwaveable popcorn. Who cares about what Thorne eats? The guy is a loser; too bad Maggie seems oblivious to this fact. Marie is a ‘good ol’ girl. She goes to momma’s house for home cookin’ on a semi-regular basis. There are barbecue ribs, grits, sausage gravy and homemade biscuits, and ‘p-can pie’ (pecan pie to non-Southerners) in her diet. A supporting character, Paul, really does feed on the hypocrisy and stupidity of others as a main course. However, in his spare time, he is probably a Chex Mix and Rice Krispies Squares type of guy.

Song of My Childhood is a re-imagining of the early 20th century novel Aspects of Love by British author David Garnett. He was a minor member of London’s Bloomsbury Group, which included Virginia Wolfe, John Maynard Keynes, E. M. Forster and Lytton Strachey. Originally set in France, I shifted the story setting to the American coast for Song of My Childhood. However, I suspect most of the characters would still enjoy the gastronomic luxuries of French cuisine. Susannah Flynn is a stage and movie actress. She eats whatever actors eat, probably a fusion cuisine in the California style, especially French and Italian variations using only local ingredients (of course). Chase Everett is in military service. His standard diet consists of gruel, hardtack, and sardines. Susannah and Chase enjoy lots of coffee: fine brewed, self-grounded beans, probably of Polynesian and/or Turkish origin. It might account for their hyperactivity as characters. Chase’s uncle, Adam Everett, is a food snob. He does not care what he eats as long as it is the most expensive item on the menu. Adam would not set foot inside a restaurant that failed to serve Dom Perignon, Moet & Chandon or Bollinger champagne. I suspect roasted duck and venison are staples of Adam’s diet. Terran is the proverbial nibbler. She is constantly eating but such small portions. She subsists on varieties of cheese and crackers supplemented with ample supplies of Cabernet Sauvignon (Italian labels only). Terran likes wine such as herself: dry with high acidity and a hint of sturdy oak. During Act III, it seems somewhat obvious that Susannah and Adam’s young daughter, Chloe, is the smartest person in Song of My Childhood. Granted, I might have some bias about my favorite character in the play. Chloe must eat a lot of fish and crustaceans: salmon with lemon, buttered lobster, boiled shrimp, crab cakes, and oysters. 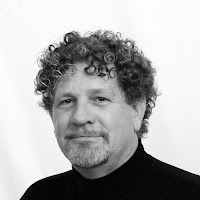 You can find Mark here:

Mark David Major is the author of The Persistence of Memory and Other Plays, Mars Rising, children’s books An Infinitesimal Abundance of Color and An Excessive Abundance of Curls, and the Everyday Objects, Collected Poems, 1987-2012. He is currently working on a new one-act drama and new science fiction novel.

Posted by Shelley Workinger at 11:50 AM