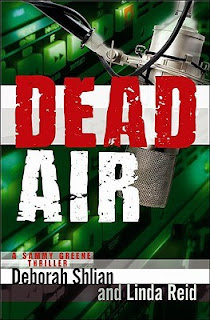 What’s the #1 College Team in New England?  The delivery crew from Luigi’s Pizza, of course.  Luigi’s is Ellsford University’s championship greasy spoon, where fraternity men and sorority sisters rub shoulders with bespectacled graduate students, exhausted medical students, and varsity athletes.  The hangout is a treasure trove for campus radio talk show host cum investigative reporter Sammy Greene, whose alert ears pick up on local gossip for her show as Ellsford students chow down on tsunamis of mozzarella, pepperoni, bacon and sausage.  Daring rebels order pineapple on their pies, but, to the relief of all, there is nary a vegetable in sight.  Despite tasty toppings, something is rotten in the State of Vermont.  In Dead Air, Ellsford University students and faculty are disappearing or dying, and it’s Sammy to the rescue with a variety of suspects stirring the pot at the Ivy League school.
Soon after Professor Barton Conrad buzzes his alarm, his goose is cooked; and it’s Sammy and her on-and-off boyfriend, medical student Reed Wyndham sniffing out suspects.  Sammy and Reed are feeling the heat from corrupt coaches, aggressive sports stars, animal rights protesters, and crusty campus cop, Gus Pappajohn, whose sinecure has turned into a forum for activism and ecoterrorism directed at the college’s new multimillion-dollar Nitshi Research Institute which funds the pharmaceutical research of Reed’s mentor, Dr. Marcus Palmer.  Even Gus’ love for tasty pastitsio can’t stop the churning in his stomach as the body count mounts.

Sammy’s nose for news takes her to her childhood haunts in New York City, where she was raised after her mother’s suicide by her Bubbe Rose.  She’s ripe for rescue by Sergeant Gus, who provides tasty respite at a church Greek Festival near his sister’s home in Boston as they drive home to Vermont.  At the Fair, Sammy gets to sample the home-cooking flavors of eggplant soufflé Moussaka, flaky filo-wrapped Spanakopitas, sizzling beef and chicken Souvlaki, and cheesy Tiropites.  Just like (Greek) Mom’s.  Energized by her Mediterranean dietary excursion, Sammy is back on the trail—providing readers a delicious recipe of mystery, murder, thrills, and chills, as she uncovers the charred underside of her higher education home.

Thanks for stopping by to share your food for thought, Deborah and Linda! 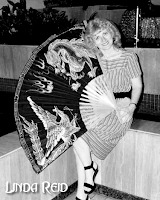 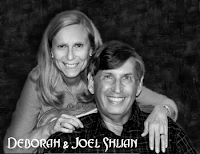 Posted by Shelley Workinger at 4:20 PM