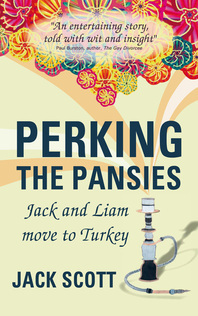 Turkish cuisine is justifiably famed as one of the world’s greatest. The Sultan’s table overflowed with extravagant bounty from the vast Ottoman domains that once stretched across three continents. The empire may be history, but food – preparing it, eating it, sharing it – is still of enormous cultural importance to all Turks regardless of status and income. So it’s small wonder the simple act of eating plays a starring role in both of my memoirs, Perking the Pansies and its sequel, Turkey Street. Here’s a soupçon…


Mini dishes of Turkish tasters flew out from Beril’s kitchen as she launched her mission to spice up our bland English palates, something she approached with the unrestrained fervour of a TV evangelist. Like her parents before her, Beril had never ventured into Europe beyond the city limits of old Istanbul but had heard terrible tales about British cuisine, a culinary travesty, all fish ‘n’ chips, pork scratchings, over-boiled carrots, scurvy and mad cow disease.

‘Eat!’ she would scream, sliding another exotic sample onto our table. ‘Is good. Eat!’

We would comply like scolded children, tucking into her braised artichoke hearts, garlic-roasted aubergines, sautéed spinach or white bean goo, salivating even before the first mouthful.

‘Süper!’ we would shout over to Beril as she puffed on a Black Russian Sobranie, looking on and waiting for every last scrap to be devoured. ‘Le-zz-et-li! De-li-cious!’


When our new next-door neighbours moved in, Liam and I were on edge. What if they were a couple of old stick-in-the-muds rolling out the prayer mats? After all, we were an unabashed gay couple living in a Muslim land, something as rare as ginger imams. We were mightily relieved to be greeted by Beril and Vadim, an unconventional couple from Ankara. He was a retired percussionist, she a fiery brunette half his height and half his age. And they were living in sin which made them just as damned as us. Their English was dreadful and our mastery of the language of the sultans was close to tragic. Despite the language barrier, over time Beril and I developed a sweet affinity. With Liam often back in London on family duty and, likewise, Vadim in Ankara, Beril kept my pecker up with freshly-baked treats from her kitchen. We ate, we smoked, we drank and we laughed. And when Beril felt totally at ease, she shared the secret about her older brother.

Our all too brief time in Turkey was a kaleidoscope for the senses – so many extraordinary sights, unexpected events and vivid characters like Beril. I just had to put pen to paper, first in a blog, then in the memoirs. Turkey made a writer of me. Who’d have thought? Certainly not me.

Thanks for stopping by to share your food for thought, Jack! 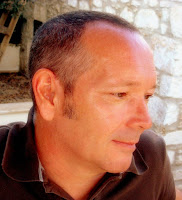 You can find Jack here:

Posted by Shelley Workinger at 8:40 PM