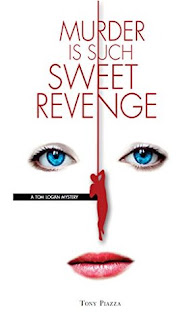 They say an army marches on its stomach. The same could be said about a private detective, especially during these hard times ushered in by the Great Depression. The 1930s was not the best era to be out of work. However, that was exactly my situation after being cashiered out of the Los Angeles Police Department on a trumped-up charge of police brutality. Nevertheless, with some help I was able to get my own private investigation business going in Hollywood, but not without sacrifices.  Times were lean, and I had to cut corners where I can, and that included my meals.

My earlier detective jobs (Murder Will Out) had me munching on hamburgers and sipping on rich, black coffee, usually from some greasy spoon. During the odd times, I would get an opportunity to get a free meal as a perk of my investigation, like during the case where I was protecting a Chinese girl from the mob. Her friends had a restaurant in LA's Chinatown. Here I sat down for a sumptuous lunch of Egg Drop soup with steamed buns, and later a dinner of roasted duck with Mandarin orange sauce, fried rice, and stir-fry vegetables.

Again, a meal like this was an exception. During another case later in 1930 (Anything Short of Murder), it was back to grilled cheese or pastrami sandwiches and five cent Cokes at a local drug store or deli. It wasn’t until a slinky blonde with a million dollar figure and a bank book to match approached me with an offer to protect her from a killer. She had received a note threatening death unless she kept her mouth shut. The trouble was, she had no idea what it was all about. She was a movie actress working on a film. Did she see or hear something she wasn’t supposed to? In any case, that was my job to find out, and with the payola from that case, my dining habits became more in tune with the Vanderbilt’s. How much may you ask?  By the end of the case, I was sitting at the Cocoanut Grove with my special lady enjoying a feast amongst movie actors and the who’s who of Hollywood, all gathered to dance to the scintillating music of The Gus Arnheim Band and listen to a new crooner called Bing Crosby. 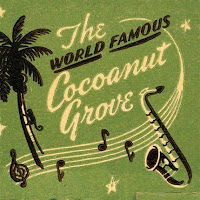 Dinners at the Grove didn’t come cheap. An appetizer of lobster cocktail followed by fresh thick turtle Soup, and an entrée of braised northern goose with red cabbage, applesauce, finishing with a dessert of caramel pecan custard pie and coffee could run you as high as four dollars! It was a night to remember.

During the late summer of 1931 (A Murder Amongst Angels) I was sitting pretty thanks to the cash earned in that earlier case. Enough in fact that I was able to get a bigger office, hire a receptionist and start frequenting some better eateries. Places like Musso and Frank’s Grill on Hollywood Boulevard, the Pig N’ Whistle, and the best French dip sandwich west of the Pecos at Philippe’s. This famous sandwich was made of prime-cut roast beef served on a freshly baked French roll which has been dipped in the natural gravy. I usually ordered homemade potato salad, a hard-boiled egg pickled in beet juice, and a large kosher style sour dill and pig’s feet to accompany the sandwich. 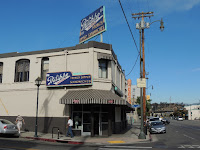 In this particular case, a famous movie actress/comedian was found murdered behind a café she had co-owned with her producer, lover. A California style adobe building on the beach in Malibu. It was a classy joint, and as such, attracted the unwanted attention of a big mob boss who wanted to turn the third-floor storage area into a casino. She wasn’t interested, and this may have been the ticket to her demise… or was it?

By 1933 life had changed for me (Murder is Such Sweet Revenge). I found myself with a new wife and a Cocker Spaniel, and it was off with the two of them on a honeymoon that we were likely never to forget. We’d booked a suite at a Victorian beachfront hotel on Coronado Island. First, there was a storm that left us isolated, then murder, which the management coerced me into investigating. It was indeed no way to spend a honeymoon. There were distractions galore, including a nosey woman mystery writer and a resident ghost who haunted the halls of this establishment.

The hotel, however, did have its benefits. Like the Crown Room, where my bride and I enjoyed our meals. For example, at dinner, I began with a shrimp cocktail followed by a consommé royal soup, hearts of iceberg lettuce sprinkled with French dressing, and for my entrée, Supreme of Halibut in caviar sauce accompanied by California asparagus and whipped potatoes.

By the end of our ruined honeymoon we were given a chance for a “do-over.” A stay at the honeymoon suite at the El Tovar on the South Rim of the Grand Canyon. The dining room menu caught my eye, and one particular entrée caught my fancy. A hand-cut grilled natural Black Angus New York Strip Steak topped with a smoked mushroom compote, served with roasted fingerling potatoes and seasoned vegetables. But, alas, dinner may have to wait. I’d like to deck the clown who’d said that lightning doesn’t strike the same place twice. A person was discovered dead, lying on a ledge along the canyon wall, and guess who the management approached to see how it got there.

So, it’s time to tighten my belt, for dinner’s going to be late, because I’ve got a crime to solve!

Thanks for stopping by to share your food for thought, Tony! 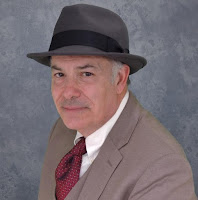 Posted by Shelley Workinger at 1:33 PM