FOODFIC: Please Welcome Back Laurie Boris, Author of The Call 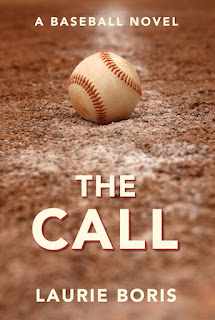 Living the Dream; Eating on the Cheap

Life isn’t easy for anyone chasing the professional baseball dream. It especially isn’t easy for minor league umpires. In my novel The Call, Margie Oblonsky gets her start in the minors as an umpire in the early 1980s. Aside from the challenges of being one of the first women behind the mask, low pay and constant travel means cheap food, as Margie can find it.

Fortunately, her family has always been humble, so she’s thankful for whatever’s on the table—usually Mom’s hamburger casserole or spaghetti and meatballs with homemade marinara. Luxury was steaks on the grill and ice cream for dessert. This is what Margie dreams of when she’s on the road. This is what brings her comfort when she visits her mother during the winter, during the long, nail-biting months while she’s waiting to see if she’ll still have a job in the spring.

During the season, she makes do with mac and cheese, ramen noodles, and maybe a burger or the daily special at a diner. She takes full advantage of dollar beer night, hunting all her pockets for spare change.

Even when she goes on a date that’s not a date, because he’s a player and she’s not supposed to fraternize with players, Margie picks the cheapest pizza joint in town:

Fussy fancy restaurants made Margie itch. She never knew which fork to use, and sometimes she knocked over water glasses and couldn’t pronounce the dishes on the menu. She didn’t want Dan spending that much on her. Since it couldn’t be a real date, anyway. Nobody went to this place on real dates. If anyone saw them in there, they’d think nothing of it. A couple friends grabbing a slice. So why had she worn her best underwear?

After the toughest season of her career, Margie can’t wait to get home. She doesn’t want to talk to the reporter who’s been a thorn in her side since she started. Who just happens to show up at the house, right before one of those steak dinners. He thinks doing a feature story on “the lady ump” might be good for her image. Her mother sort of agrees. So begrudgingly, Margie invites him to stay.

She never thought the sound of three people eating could be so loud. Her mother bit into her corn in a way that set Margie’s nerves on edge.

“Thank you for dinner, Mrs. Oblonsky,” he said. “Best steak I’ve had in years.”

Margie eyeballed him. Like he never had steak in New York, among all those sports guys he rubbed elbows with. They probably lived on steak. She would, if she had the money.

“It’s the marinating,” Margie’s mother said. “A little teriyaki sauce, a little lemon…easy-peasy. I could write it down for you.”

Maybe one day Margie will dine on steak every night. But for now, she’s biding her time and pinching her pennies. Because everyone on the field is living the dream.


Thanks for stopping by to share your food for thought again, Laurie! 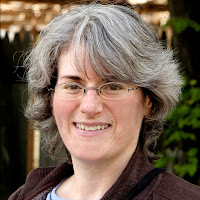 Posted by Shelley Workinger at 2:29 PM