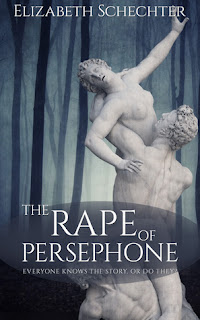 Half a dozen pomegranate seeds are the reason it’s in the 50s today here in Florida.

At least, that’s what the mythology would have you believe. According to the Greek Myths, Persephone ate six pomegranate seeds while in the Underworld, and was therefore doomed to spend eternity there. However, the Gods compromised for the sake of the human race, and instead of eternity, Persephone has to spend six months as Queen of the Dead before returning to the surface and bringing Spring with her.

(Yeah, I know there’s more to it than that. This is the simple, let’s start an essay explanation, not an in-depth anthropological examination of the roots of the Kore figure in various cultures.)

The whole “don’t eat that!” warning shows up in different forms throughout time. There are dietary rules and strictures in most religions, and almost all of them have some cultural or historical reason behind them. Those beliefs are reflected in our stories – don’t eat the food of the dead, or you’ll be trapped in the realm of the dead forever. Don’t eat anything offered you by the Fair Folk, or you’ll never see the mortal realms again. One side of the mushroom makes you bigger, and the other side makes you smaller.  You can eat anything in the Garden, except the fruit of that tree right there (which by the way, wasn’t an apple. It might have been a quince. Or a pomegranate.)

When I wrote The Rape of Persephone, it was with the intent of turning the canonical myth on its head. There might have been an anonymous prompt involved, but I can’t really remember. What was important was that when you’re doing a pastiche of a story everyone knows, you have to keep the high points. Which meant that, while what brings Persephone to the Underworld was going to be entirely different, what keeps her there had to be related to food.

So I played with it, and we ended up with Haides, who comes to the mortal realms with a mission that I won’t reveal here because spoilers. And he finds Persephone. Persephone here isn’t a shy young maiden picking flowers. She’s an aggressive and arrogant young godling, and very much her father’s daughter. Haides taking her to the Underworld isn’t so much as kidnapping as it is imprisonment. But once he gets her there, he has to keep her there. So when she wakes up, he invites her to dine:

He dodged the thrown kylix, wiping wine from his arm as he shook his head. "A waste of good wine, my dear. There's a fine meal laid. Will you join me? Will I have to watch out for flying lamb?" He gestured toward the door, and tried not to smile as she scowled, then stalked past him. When Haides reached the next room, he was unsurprised to find her seated in his own chair at the head of the table, picking at a dish of lamb, yogurt and pomegranate seeds. She looked up as he came in, smirked at him, and popped a piece of lamb into her mouth.
"Are we changing roles, then?" Haides asked, amused. He took what should have been her seat, pouring himself another measure of wine. He sipped it as he studied her. Arrogant little godling. She had no idea what game she was playing.
She'd learn.
"Why not?" she asked, picking up a piece of bread and tearing off a chunk. She took a bite, then picked up another bit of lamb. "And I won't be staying. I'm leaving as soon as I finish."
"Then by all means, help yourself." Haides waved his hand expansively. "It's a long walk back to the world above."

Notice that I worked the pomegranate seeds in there?

I didn’t have a specific recipe in mind when I put that lamb, yogurt and pomegranate seed dish on the table, but there are several traditional Greek recipes that include lamb and yogurt. The lamb would have been coated with the yogurt, which would have perhaps been mixed with spices and wine to thin it out. Then the meat was either roasted, or sealed in a clay pot, which would then be put into an oven. Yogurt tenderizes the meat, and when you roast the meat, the sugars in the yogurt caramelize and form a crust. Also on the table were bread and wine, two staples of the ancient Greek table. Not mentioned here, but common found on the dinner table of an Ancient Greek nobleman, would have been eggs, cheese, olives, figs, and vegetables such as cucumbers and carrots. So we can presume that when Haides encourages Persephone to eat and enjoy herself, that there was a wide variety to choose from.

The question, though, is why did she indulge? In the original myth, Persephone knows not to eat the food of the dead, and has to be tricked in to doing so. Here, though, she goes willingly to the table, even going so far as to steal Haides’ place at the table – something that isn’t at all accurate. Ancient Greeks reclined to eat, a practice that the Romans continued. If I’d written the scene accurately, she’d have stolen his couch.

Going back to the question – why does Persephone eat? She had to have known the consequences, especially since there’s earlier scene when Haides invites Demeter to visit him:

"You're welcome in my realm, Demeter. I'd look forward to your visit. And I lay a fine table."
Demeter hesitated, then shook her head. "You'll understand if I refuse the invitation?"
Haides nodded. "I understand. Then perhaps I'll see you again when next I come above."

Clearly, Demeter knows the risks. It’s not a stretch to think that she taught her daughter. So why does Persephone ignore those warnings? I’ll admit that it’s not something I gave much thought to when I wrote the scene. Rereading it, and thinking about it, I’ve realized why.

She doesn’t think the rules apply to her.

You see it in her behavior all the way through the story. She’s the daughter of Zeus. She’s a goddess. She can do whatever she wants and her actions never have consequences. She is, as Haides’ muses, an arrogant little godling. One who is fated to meet her match over bread, black wine, and lamb in yogurt with pomegranates.

You can find Elizabeth here: