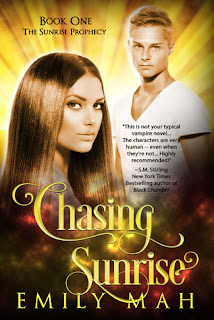 In a recent interview, someone asked me why I hadn’t set my latest trilogy in my hometown of Los Alamos, New Mexico. After all, it’s an interesting enough place. Why had I chosen the neighboring town of Taos? My answer was and is that I wanted to write about the three cultures of New Mexico, and while they are present in my hometown, they’re more pronounced in other towns in the region. New Mexico was settled in three waves and these three cultures remain to this day.

The first arrivals were, of course, the Native Americans, and the modern Natives of the region are Puebloans. Many of the dishes adopted by Spaniards are variations of Native Puebloan cuisine. The second wave were the Spaniards, and the third wave was us Anglos. (The term refers to our most common home language, not our race. I’m a mix of Chinese and Italian heritage myself, and yet indubitably Anglo).

My main character, Liana Linacre, is a wealthy girl from Southampton, New York, who is ripped from her comfortable life when her father is murdered. She also has a rather big secret and nobody left to trust when she’s shipped to Taos to live with her aunt. On her first day of public high school, Liana meets two best friends, Amy (Native American) and Gina (Hispanic). One of the first things these two do is take Liana grocery shopping with them in preparation for making tamales.

In New Mexico, as in many parts of Latin America, tamales are traditionally made around Christmastime, but Amy’s family has delayed the tradition so that they can honor it once her older brother is back from his deployment. Liana is thrown into the deep end of New Mexican culture.

Later that week, she joins her new friends to make tamales and sees a Native pueblo for the first time, coming face to face with one of the oldest cultures on the continent. She also meets Amy’s mother, who is a trauma nurse and a state senator (New Mexico has a lay legislature). The family makes tamales in an assembly line operation, which Liana does her best to keep up with. 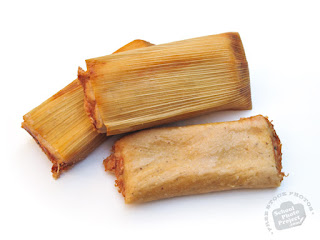 Tamales are a mix of masa dough, which around here is a cornmeal dough, and spiced meat, often pork, chicken, or beef. These ingredients are wrapped in a cornhusk and are most commonly cooked in a stovetop steamer or instant pot. (Amy’s family uses casserole dishes, steamer racks, and a water reservoir to steam them in their traditional horno.) Eating them around Christmas time may be the tradition, but don’t let that stop you from enjoying them any time of year!

The friendships Liana forges over tamale-making are what ultimate save her at the end of book three. I won’t give spoilers, but suffice it to say, her new friends are willing to go to the ends of the Earth and beyond for her.

Thanks for stopping by to share your food for thought, Emily! 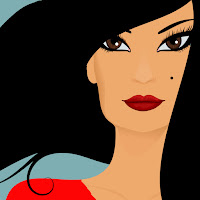 You can find Emily here:

Liana Linacre thought she was in love, but what began as her fantasy romance ended with a curse that threatens her life and everything she loves. Orphaned and alone, she barely escapes the dark forces that want her soul.

Corban Alexander belongs to an ancient order of vampire hunters and wants to kill everyone who is demon-touched. He knows that the creatures who want Liana dead will find her again before long.

Liana must fight if she wants to live, while Corban must decide if he can love a girl who made the one mistake he believes is unforgivable.

No one, mortal or immortal, has ever won against the evil that plagues Liana, but if she and Corban can work together, they might just defy the laws of the universe.

Corban Alexander has a dark side, and ever since a chance encounter with Liana Linacre, a girl he was supposed to protect, it's darker and more addictive than ever. Every minute of every hour of every day he fights to resist succumbing to his worst instincts. If he doesn't, he will fall, and gain the power to scourge and wreak havoc upon humanity, feeding off their pain. It would take a legion of angels to stop him.

So when he learns that Liana needs help once again, he knows he is the last person to provide it. The problem is, no one else is willing.

Corban must return to the side of the girl he loves, and pray that he is strong enough to save both her and himself.

Angels are falling all over the world and earthquakes and tidal waves are demolishing the major cities. Vampires are proliferating in the chaos, and a deadly, demonic plague is spreading like wildfire.

Liana thought her battle to keep from turning into a vampire and stay human was personal, but prophecy says she's the only person alive who can free humanity from demonkind. Others have been called before, but none have succeeded, and she is the last. If she can't win this war, nobody can.

The pressure is on her and her faithful friends: Corban, the ex-angel and possible boyfriend; Amy, the anthropology-student-turned-loremaster; and Gina, the jeweler-turned-supernatural-weaponsmith. The four of them plus an army of soldiers drawn from across all the human realms must journey into the demon realm and close the portal once and for all.

But when the fallen discover their plans, the battles begin, and Liana finds herself alone in a strange realm of immortal demons who live in perpetual night, under a sky studded with stars. While her friends fight to reach her, she must decipher the prophecy and figure out how to free both Earth and herself from dark forces that could rend the very fabric of the universe, and destroy all creation.

Posted by Shelley Workinger at 9:17 AM