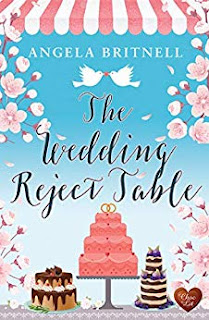 When I was asked to contribute to this fun blog it certainly got me thinking about how often food features in my writing! Most of my stories are trans-Atlantic romances, including The Wedding Reject Table, and food is one of the themes I often use as either a meeting ground or a clash between my characters. Until you’ve had a conversation at cross purposes about whether squash should be drunk or eaten you haven’t lived! That particular idiosyncrasy came up on one of my first dates with my new American boyfriend many years ago but you’ll be pleased to hear we overcame that and many other food mysteries and have just celebrated thirty seven years of marriage. He now loves Cornish pasties and cottage pie but still won’t touch cold quiche and although I love Southern biscuits and pecan pie please keep me away from slimy okra in any fashion. We all carry food memories from our childhoods and build on them throughout our lives so it’s always an interesting aspect to bring into a story. I will play up the differences in my characters’ attitudes towards food in parallel with their other conflicts. In Sugar and Spice Lily is an American celebrity chef and cooking, eating and researching food are her passions in life but she falls for Kenan, a British army veteran who views food as an unimportant necessity. Years of snatching meals whatever and whenever he could have made him largely indifferent towards what he eats. Finding a middle ground as far as food is concerned becomes a crucial part of their story.

The Wedding Reject Table is packed full of delicious food because the plot centers around British cake decorator Maggie who has recently formed the Two Hearts Catering business with her older sister. Their friend’s wedding is the girls first booking and one of the guests is Chad, a distant relative of the groom and a lawyer in Nashville, Tennessee. When he meets Maggie she can’t resist a food analogy and mentally likens his voice to “a puddle of golden syrup melting over hot buttered toast.” No more needs to be said does it… Thanks to a pair of rambunctious little boys the wedding cake turns into a disaster and Maggie and Chad discover more about each other when he steps in to help find a creative fix to the problem.

During the book Maggie introduces Chad to several British specialities – some more successfully than others. While he begins to fall in love with her he also does the same with a traditional Sunday roast lunch, especially the Yorkshire puddings, and golden fish and chips eaten with malt vinegar by the seaside. But Scotch eggs? Even for Maggie he can’t stomach the hard-boiled eggs wrapped with sausage meat coated with breading and deep fried. When Chad describes the popular foods found in his home town and admits to an over-fondness for good fried chicken and Southern barbecue that adds another layer of understanding to Maggie’s desire to find out more about him. The promise of eating those foods together one day lingers between them.

In my upcoming book Summer in Herring Bay, due for release in July, Essy’s love affair with both Ruan and Cornwall deepens over many samplings of ice cream, always eaten with one of the crumbly chocolate flakes he addicts her to…along with a warning to keep well away from the greedy seagulls.

Thanks for stopping by to share your food for thought, Angela! 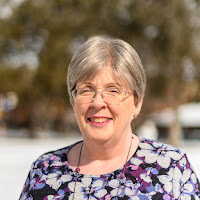 You can find Angela here:

Angela grew up in Cornwall, England and returns frequently from her new home in Nashville, Tennessee to visit family and friends, drink tea and eat far too many Cornish pasties!

A lifelong love of reading turned into a passion for writing contemporary romance and her novels are usually set in the many places she's visited or lived on her extensive travels. Thanks to over three decades of marriage to her wonderful American husband she's a huge fan of transatlantic romance and always makes sure her characters get their own happy-ever-after.

She is a member of the Romantic Novelists' Association, the Romance Writers of America and the Music City Romance Writers. Her first novel Truth and Consequence was published in 2006 and she’s now had over 30 novels published internationally and several short stories in women’s magazines.

Posted by Shelley Workinger at 11:41 PM