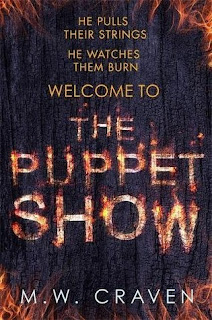 It had never been my intention to give food such prominence in the Poe and Tilly books, and even when it happened, it kind of happened organically. Poe eats what he wants, when he wants, mainly sausages and black pudding and Tilly has been a vegan since she was thirteen. Having them eat a meal together, or discuss (let’s not pretend; they argue) Poe’s diet allows me to a) showcase the very different personalities of my two leads without hammering the reader over the head with it, b) inject human moments into what can occasionally be quite dark books and c) add some humour.

Before they could leave, Poe had to navigate his way through their ongoing discussion about his diet. This one was about wholemeal bread, specifically Poe’s refusal to eat it.

‘Life’s too short to not eat white bread, Tilly,’ he said as he reached for the last piece of toast. He slathered it with salted butter and took a bite.

‘You keep saying that, Poe,’ she said. ‘But all you’re doing is stacking up problems for tomorrow.’

‘That is one bit of toast, Poe. But so were the other seven bits you’ve eaten.’

Of course in Black Summer, the second Poe novel, food became one of the central themes as the novel involves a murder that may or may not have taken place in a Michelin-starred restaurant. The juxtaposition between Poe’s usual diet and that of the food prepared in the restaurant was great fun to write. One scene popular with readers sees Poe and Tilly eat a seventeen-course taster menu and I think this little snippet sums it up quite well:

A succession of small but delicate dishes followed, each one more complex than the previous. A sea urchin that Poe felt sorry for was served in its own shell. It had the texture of set custard with the briny taste of fresh oyster. Every time he took a bite, Bradshaw said, ‘Yuk’.

But it’s not just with Tilly that Poe discusses food. This bit is taken from The Botanist, out June 2022, and sees Poe holed up with someone he can barely tolerate:

‘It’s not all bad news though,’ Poe said. ‘I’m treating everyone to a nose-to-tail goat later. There’s a Moroccan place nearby that dry rubs a whole one with five types of chillies before it’s basted in its own fat for twenty-four hours. Comes with the works: preserved lemons, toasted almonds, the lot. If you stop moaning you can have one of the eyeballs.’

Of course it’s not just Poe who gets all the amusing lines when it comes to food, as this fragment from The Puppet Show demonstrates. Here Poe and Tilly are meeting with the Bishop of Carlisle:

Ordinarily Poe would have declined but he wanted to keep it informal. ‘I’ll have a coffee please, if that’s OK? Tilly?’

‘Do you have any fruit tea, Nicholas?’

‘I believe Mrs Oldwater enjoys a cup of liquorice tea every now and then. Will that do?’

Bradshaw shook her head, ‘No thank you, Nicholas, liquorice gives me diarrhoea.’

Thanks for stopping by to share your food for thought, Mike! 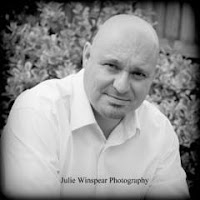 Posted by Shelley Workinger at 9:10 AM