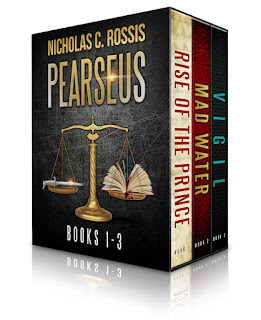 A conspicuous lack of food

When Shelley asked me for a guest post on the subject of food in my novels, I realized to my horror that food plays practically no role in them! I mean, sure, someone consumes a certain poison at some point plus there is a sort of recipe for an antidote. But that doesn’t count, right? When it comes to food, let’s face it: I’m no Andrea Camilleri.

Which makes no sense, as I love food! Not in the sense of eating buckets of it but in the sense of loving preparing, cooking, and enjoying it. I find cooking immensely relaxing after a day staring at my monitors, so I’m usually the one who cooks during the week and the missus the one who handles weekends (unless we’re having a BBQ, then it’s all me again). 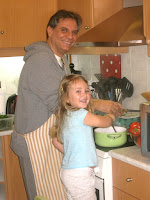 Ironically enough, I first learned to cook because my mom, bless her, well, doesn’t. Her idea of a stew was to drop a couple of tomatoes into water, salt generously, and serve hot. So, cooking was a matter of survival for my poor taste buds. Naturally, the very first things I learned to prepare involved snacks such as pizza—the kind of food a kid can practically live on.

As a kid I was collecting recipes with the passion that others collected baseball cards, so my culinary skills grew through the years. Nowadays, I can prepare from scratch diverse dishes such as moussaka or stir fry with my eyes closed. No more need for snacks. Indeed, I may have half-jokingly been accused of being a bit of a food snob at times.

Except that the universe, with its undeniable sense of humor, gave me a daughter who’s a self-confessed snackatarian. Even as a baby, she’d take a couple of sips from her milk bottle, then ask for a bit of avocado (often mixed with Greek yogurt) before munching on a nacho. What can I say, my girl loves a buffet. And I see it as my duty to cater (pun intended) to her needs.

So, it’s back to snacks for me, from lovingly prepared popcorn with melted butter and handmade caramel to grilled cheese (aka toasties) and hot cocoa. Still, hope springs eternal, and I hope that someday my daughter, who just turned 7, will stop turning her nose at my grownup (as she calls them) dishes. Maybe she’ll learn to enjoy my pasta shells with roasted feta and cherry tomatoes, or even my chili—seasoned with my own paste made with genuine Ancho and Aleppo peppers (directly imported from Mexico no less). Until that happens, I’m happy when she cautiously dips a nacho into my freshly prepared guacamole and munches away.

As for my novels, I will make a point of including a couple of restaurant or, even better, cooking scenes in the future. After all, I love reading about food. Why not write about it?

Thanks for stopping by to share your food for thought, Nicholas! 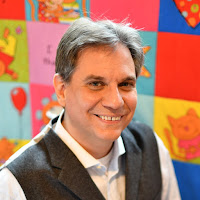 You can find Nicholas here:

Besides coming up with recipes or cooking up a storm in the kitchen, Nicholas loves to write and does so from his cottage on the edge of a magical forest in Athens, Greece. When not composing epic fantasies, children’s books, or short sci-fi stories, he chats with fans and colleagues, writes posts for his author blog, and enjoys the antics of his dog and young daughter, both of whom claim his lap as home. His books have won numerous awards, including the prestigious IBBY Award (Greece).

In addition to his best-selling sci-fi fantasy series, Pearseus, he writes short science fiction/speculative fiction stories, many of which have appeared in various collections and anthologies.

Posted by Shelley Workinger at 10:17 AM