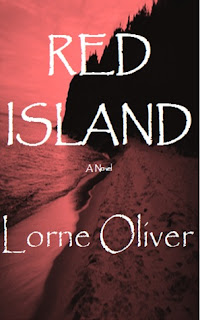 In the interest of showing rather than telling, I thought the best way to give you a glimpse into the life of my book's hero (Sgt. Reid) was to sit him down for a little imaginary lunch and let you spy on us from the next table over. ;)
Bon appetit!

“Nothing.” I motion to the chair across the table from me.

The man pulls out the chair and sinks into it. He’s getting wrinkles around his eyes and I bet if he let his hair grow more than the light stubble there would be a fair bit of grey. He says, “You know I’m busy, right? I’m trying to catch the killer of little girls, so I can’t be sitting around.”

“You went to Yogi’s bar and almost missed your couples’ therapy.”

“You haven’t written that scene yet, so technically I haven’t done it yet.”

Out of nervous habit my hand goes to the pen sitting on my black cover notebook. I give him a little smile. “It’s in my head so that has to count for something.”

“You and I both know what’s in your head doesn’t always make the page.”

I have to give him that.

His name is Reid, Sgt. Reid. Okay, that sounded corny. I know his first name, but he has sworn me to secrecy because he hates it and never uses it. Even his wife just calls him, Reid. He is in the Major Crimes Unit of the Royal Canadian Mounted Police in Prince Edward Island, Canada. His marriage is on the rocks, he has impure thoughts towards his partner, and no matter where he goes the mistakes of his past seem to follow. Namely killing the only suspect is a pedophile killer case, which made him move across the country to “the gentle island.”

“Gentle island my ass,” he snorts.

A small white plate appears in front of each of us. In the center of the plate is a perfectly seared scallop sitting on a warm salad of grilled corn, quartered cherry tomatoes, and a light honey-lime vinaigrette. On top of the scallop are a couple of tiny pea shoots.

“You’re buttering me up for something,” he says as he picks up his fork and knife.

I take a bite of the scallop. “I thought I’d give you some PEI fare. Next is my seafood chowder with shrimp, haddock, clams, North side lobster, and mussels. After that it’s the island favorite of New York strip loin with a peppercorn sauce and mashed potatoes.” I can tell the curiosity is growing in his eyes as I go through our menu. “For dessert I was going to have sticky date cake with a toffee sauce. Yum.” My eyes go wide. I put another piece of scallop in my mouth with some of the salad.

Reid stops. His fork was about to enter his mouth with the last of his scallop speared on the tongs, but now sits suspended in air. He slowly puts it in his mouth and chews, but the taste is not what is on his mind.

“What?” I don’t want to look at him in the eyes. In many ways Reid is like me only I pictured him looking like a cross between Bosco from the TV show Third Watch and Detective Baylis from my favorite cop show, Homicide: Life on the Street. The season Baylis had the really short hair.

As the first plate goes away and a bowl appears with wonderfully creamy seafood chowder, Reid stares me down. “First of all, you never say, ‘yum.’ And secondly, what the hell is going on? Are you filing me in the round filing cabinet or what?”

I can’t keep it from him. It’s nothing like that.” Trashing hi? Sgt. Reid, Hillary, Sgt. Marilyn Moore, Eckhart, the Red Island Killer – they have been a big part of my life for the past two, almost three years. I can’t remember how many emails I have sent and how many hours I have interviewed actual RCMP officers to get the realism. I don’t study the inner workings of serial killers for fun. I clear my throat before continuing. “I’ve got us a publisher. Split Tree Publishing out of my home town is going to put most of what they have on my shoulders as their first big author.

His lips twitch a little toward a smile, but the man who has interviewed many criminals and witnesses won’t let anything go by. “And?”

“We are going through Red Island with a fine tooth comb and, as you know, I’m working on the second draft of Forever Screaming.”

“And?” He takes a spoonful of the chowder and his expression lightens.

“Forever Screaming won’t be out until mid-September with Red Island being re-released a week or two before that.”

Reid makes a noise with a mouthful of diced potato and seafood that came from the waters around the island.

“But we’re going to have to stop selling Red Island soon.” I watch him put his spoon down. “But that means I can focus more on the next books for a little while.”

For a few minutes Reid says nothing. He only eats his chowder.

“So is that it for me then?” Reid asks when he is finished the soup.

I shake my head. “Of course not. I’m still selling the copy that is out there for a couple more months, I think. And then we’ll start teasing people with little snippets of Forever Screaming. And there’s more books to write and more crimes for you to solve.”

“So the copy of Red Island that is out there now could be a collector’s then? If you make it big that is.”

My face flushes. “That’s so many steps down the line, Ha-“

The empty chowder bowls go away as a plate of steak and potatoes appears with a dark rich sauce oozing out. Some sautéed wild picked chanterelle mushrooms sit beside the meat adding a vibrant orange color to the plate.

Sgt. Reid holds up his mug of Alexander Keith’s and simply says, “Here’s to the future.”

Thanks for sharing your food for thought, Lorne (and Sgt. Reid)! 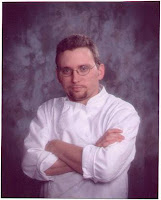 You can find Lorne here:

Posted by Shelley Workinger at 8:25 PM