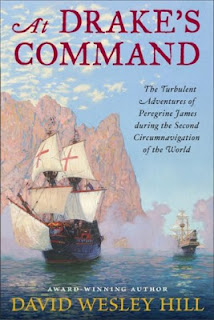 The year is 1577. Our unlikely hero, Peregrine James, is a young cook sentenced to a lashing for the crime of being an unwelcome suitor to his master's daughter. Despite the stripes on his back, however, Perry convinces the charismatic sea captain, Francis Drake, to accept him among his crew. Soon he is aboard the Pelican, the flagship of a fleet of five small vessels ostensibly bound on a trading voyage to Alexandria—although everyone is sure their real destination lies elsewhere, wherever there were Spanish or Portuguese ships to rob.

As the assistant cook, Perry is the “least boy” aboard the Pelican. Unfortunately, he is disliked by his immediate superior, Lancelot Garget, who assigns him every menial duty—scrubbing pots, “shifting” salted meat, plucking chickens, fetching ingredients from the orlop, mucking out the livestock pens—and much chopping and dicing and scraping. There are sixty-seven boys, sailors, men, and gentlemen sailing with the Pelican, and each is entitled to a full pound of beef, pork, or mutton per day, with cod or ling served on Fridays, not to mention equal portions of vegetables and biscuit. The work is never ending.

This is the natural of things in any kitchen or galley, of course, and Perry never thinks of complaining. What irks him, however, is that Garget “cannot abide foreign flavors, particularly the stink of garlic” and insists on food plainly cooked in the style “my mother taught me, God rest the good woman.” Growing ever more tired of Garget's signature dish, boiled beef and onions, Perry is overjoyed when he is transferred temporarily to the Benedict, the smallest ship of the fleet. Finally he has a galley of his own and may cook as he likes. His welcome, however, is not warm …


The Benedict was commanded by Tom Moone. He was a hulking giant several inches past six feet in height, with placid brown eyes and a stillness of expression that encouraged you to believe him to be slow-witted although I knew him to be a professional killer of high intelligence.

“Drake would not part with the man.”

“No surprise there. Lancelot is too fine a cook to surrender.”

“Drake swore the lad here would do as well. Let us take heart, captain, at least he is not Artyur.”

“Truer words were never spoken. I have been experiencing curious intestinal twinges since breakfast and I am not looking forward to supper. Artyur! Artyur! Where the devil are you?”

“This is Peregrine James, who is to be your superior until Hogges is back on his feet.”

“Let him return to the Pelican, kapitein. I need no assistance.”

“You have it wrong, Artyur—you are to assist Mr. James, do you understand me?”

Artyur was a Hollander of about my own age. His head was almost perfectly round and he cut his hair in a line above the ears and shaved his cheeks and neck clean, a style that emphasized the globular nature of his cranium. Artyur’s features were in constant motion and he could not keep his hands still and he was always worrying the joints of his fingers.

“Aye, kapitein,” he muttered sadly, “I understand all too well, ja. You did not appreciate the morning porridge.”

“Pepper does not marry easily with oatmeal.”

“And what of the taart?”

“In the future remember that the flavor of sugar should overpower that of salt in sweet pastry. Now no more argument, Artyur. Provide Mr. James all courtesy.”

My first challenge, I realized, would be to find Artyur harmless work since he was sure to do me injury through incompetence, if not through malice. It was plain that he resented my presence aboard the Benedict and coveted my station.

“Be so kind as to peel twenty onions,” I told him, “followed by an equal number of carrots. Wash a couple bunches of celery. Cut each vegetable into pieces the size of your knuckle.”

“Ja ja. Which knuckle? The first one or the second?”

“The knuckle does not matter. The point is for the pieces to be uniform, so that they cook evenly.”

Going below, I found a haunch of beef that had been rinsed of salt and was ready for cooking. I butchered it into square chunks and began browning the meat in bacon grease as my mother had taught me, guiding my hand with her own as we turned the sizzling cubes with a wood spoon, murmuring, “Mira, mi hijo. Pay attention so that all sides receive equal color. Es muy importante.” Without Garget breathing over my shoulder, I was also able to skim off the impurities that would impart a bitter aftertaste if allowed to remain in the liquid. Frying together some butter and flour until golden, I employed this mixture to thicken the broth instead of using a paste of water and flour, which was quicker but brought nothing to a dish except a raw taste and a muddy color.

“I am done, ja,” stated Artyur, giving the last carrot a couple chops before sweeping it from the cutting board into a bucket with the edge of his knife. “What now?”

“Fetch eggs, sugar, milk, raisins, and stale bread. A cup of sack, too. We will have pudding for dessert.”

When Artyur left to get the required items, I carried the bucket of vegetables to the iron pot in which the stew was simmering. Some premonition, however, prevented me from tossing in the contents all at once and instead I added the ingredients handful by handful.

This allowed me to intercept the dead rat hidden among the carrots, onions, and celery before it fell into the stew.

Artyur’s strategy was obvious. He planned to publicly discredit me before Tom Moone and the rest of the men.

More saddened than dismayed by this evidence of perfidy, I tossed the rodent overboard without advertising that I had discovered it. I figured my silence would lead Artyur to suppose his intrigue remained undetected, and it did. He shot me a couple sideways glances and then began whistling happily while stirring the pot, no doubt anticipating my upcoming humiliation and his consequent elevation to my position once I was disgraced. I did not doubt he was composing a rousing speech to recite when the rat was sighted in the stew.

“How is the flavor?” I asked as I finished kneading the old bread with the sugar, eggs, and milk and began to press the dough into a greased tin. “Is more pepper necessary?”

“Nee, nee,” Artyur answered. “I believe there is ample.”

“Lift your spoon from the stew, place it to your lips, and tell me whether additional seasoning would be appropriate.”

Artyur regarded the spoon as if he had never encountered such a utensil before and had no inkling why the thing was in his hand. Finally he brought it to his mouth, hesitated briefly, and flicked out the tip of his tongue. “Very good,” he said, obviously relieved that his unwelcome addition to the recipe had not soured the dish.

“Excellent. Now, Artyur, please take a generous helping, chew it thoroughly, and inform me if the meat is tender.”

Thanks for stopping by to share you food for thought, David! 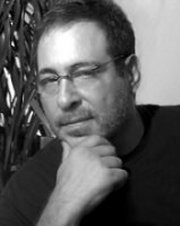