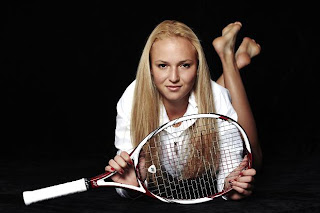 This year’s Australian Open was Donna Vekic’s first appearance at a grand slam event and, even though she entered with a rank of 111, she closed the tournament as the youngest winner ever.

Donna’s may sound like a Cinderella story, but it’s all hard work and not luck or magic behind this young star; she actually lives in Croatia but trains in London and has done so since she was only 11 years old.

Clearly this 16-year-old phenom (whose attitude, according to her coach, is “second to none”) is going to be a force on the court for many years to come. :)

Do you know a toast-worthy teen you’d like to see featured here at BWATE?

Posted by Shelley Workinger at 12:04 PM