FOODFIC: The Space Between - Brenna Yovanoff 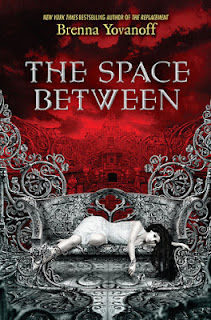 I once saw a comedian do a bit about cave people, noting that the first man to eat a raw egg had to be the bravest person in history. My husband finds pretty much no humor and all horror at the consumption of un- and under-cooked eggs, going so far as to knock the spoon out of my hand when I’m shoveling cookie dough into my mouth and cringing almost cartoonishly when I use runny egg yolk as dip for my homefries.

Whether you view it as brave, stupid, or simply a matter of (good ;) taste, Between’s heroine Daphne dives right into her first diner experience by devouring bacon swirled around in a yolk puddle. Okay, so she’s a demon and it’s her first trip up to the Earth’s surface (from Pandemonium below), which means she hasn’t developed a human palate, nor does she fear things like salmonella. She actually doesn’t fear much of anything at all, especially after thwarting a vagrant man’s attempted assault by merely touching her fingers to his throat and leaving smoking fingerprints on his scorched skin.

So no, Daphne’s not fully aware of what she can do…but she is aware of what she must do – what she came to Chicago for – and that is find her brother Obie, who mysteriously disappeared. Her prime suspect is the archangel Azrael, who will “do everything he can to keep [demons like Daphne] from infesting Earth,” and her only ally is a suicidal boy named Truman whom she finds herself inexplicably wanting to save as badly as her brother.

Good thing she’s fortified with all that protein. ;)
Posted by Shelley Workinger at 10:45 AM