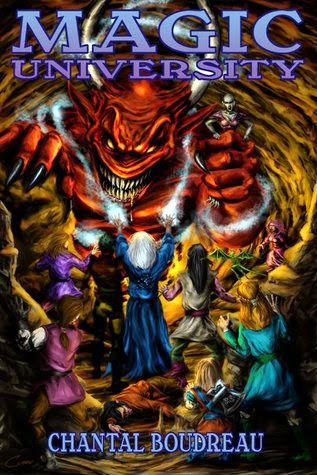 
Food isn’t necessarily the first thing that you think of when you think of fantasy... or the second thing... or the third or fourth thing.  In fact, superseded by monsters and magic, warriors and weapons, it may be ignored altogether in the typical fantasy novel.


Understandably, food isn’t likely to play an integral role in the usual fantasy plot, which is why there is little focus placed on what and how things are eaten in many fantasy stories.  But considering world-building is the cornerstone of fantasy fiction, and food is often a factor of ceremony, culture and social interactions, it makes sense that the concept of who tends to eat what and when be addressed as part of the backdrop of the tale.  Fantasy writers often describe religions, political systems, architecture and flora and fauna.  Food is just another way of flavouring the fiction.


This can be an especially useful tool if the fantasy in question is based on existing myths or cultures, as a means of highlighting this connection.  For example, if the fantasy touches on the Middle East, one might expect to see figs, goat cheese and falafel, or if it is a northern tale, the writer might have characters feasting on seal or caribou meat (or the fantasy equivalent.)  In my novel Magic University, which finds its basis in medieval Europe as is common to many fantasy novels, the typical fare is ale, bread, smoked meats and cheese, and fruits or vegetables one could expect to see growing in the average European garden.


Researching this component of a story is not that difficult in today’s day and age.  You can even find books that specifically discuss what might be eaten in a fantasy setting, such as What Kings Ate and Wizards Drank by Krista D. Ball.  There are also cookbooks available that are based on existing fantasy series, such as Leaves from the Inn of the Last Home (Otik’s spicy fried potatoes is a favourite of mine) based on the Dragonlance series or Nanny Ogg’s Cookbook based on the Discworld series, just to give you a few ideas.


It also makes sense to include examples of food and drink as part of both plot and character development, giving the writer another means to an end.  For example, in the opening scene of Magic University (the first book in my Masters and Renegades fantasy series), there is a small skirmish between Reid Blake’s imp, Stiggle and the dwarven competitor, Shetland, which is instigated by food.  The function of the scene is two-fold.  It creates a tension between Stiggle and Shetland that persists throughout the novel, allowing for later scenes of discord that exist mostly for comic relief.  It also introduces Shetland’s obsession with food and drink, part of his character development which shows itself again several times in the story.


Food can be used to distinguish one setting from another, as well.  A grubby pub for commoners will have very different items on the menu than an upscale tavern intended for higher-class patrons.  Along with a description of decor and existing customers, a description of the food and drink being offered and served can help set the tone of the establishment.  In Magic University, each competition Way Station is being hosted by a different wizard, who provides refreshments that match their personality.  The variety of food and drink found at each Way Station not only tells readers something about the Way Station attendant, but also adds to the particular ambiance of the Way Station.


Along with general plot and character development, food can also provide an opportunity to flush out the more unusual plot elements and distinct characters.  A fantasy novel may contain characters with very particular feeding needs, something that adds to the novelty and fantastical nature of that character.  One of my characters in Magic University, Ebon, is a person who exists trapped between two dimensions due to an accident that occurred when he was apprenticed to a Renegade wizard.  Rather than feeding the way most people do, he draws his sustenance from magical energies, draining power from magical spells or items in the process.  As he puts it: “I still appreciate a good meal, on a purely aesthetical level.  It is just something that is unnecessary.  I draw my energy from other sources.”  I even include one scene where his feeding needs interfere with his goals.

As you can see, there are many reasons a fantasy writer would want to incorporate food into a story.  If you’ve never really contemplated the role food can and does play in well-written fantasy, you may want to give it a go.  Consider it food for thought.

Thanks for stopping by to share your food for thought, Chantal!

Chantal Boudreau is an accountant/author/illustrator who lives in Nova Scotia, Canada with her husband and two children. A member of the Horror Writers Association, she writes and illustrates horror, dark fantasy and fantasy and has had several of her stories published in a variety of horror anthologies and magazines.  Fervor, her debut dystopian novel, was released in March of 2011 by May December Publications, followed by Elevation, Transcendence, and Providence.  Magic University, the first in her fantasy series, Masters & Renegades, made its appearance in September 2011 followed by  Casualties of War and Prisoners of Fate.

You can find Chantal and her books here:

Posted by Shelley Workinger at 11:18 AM