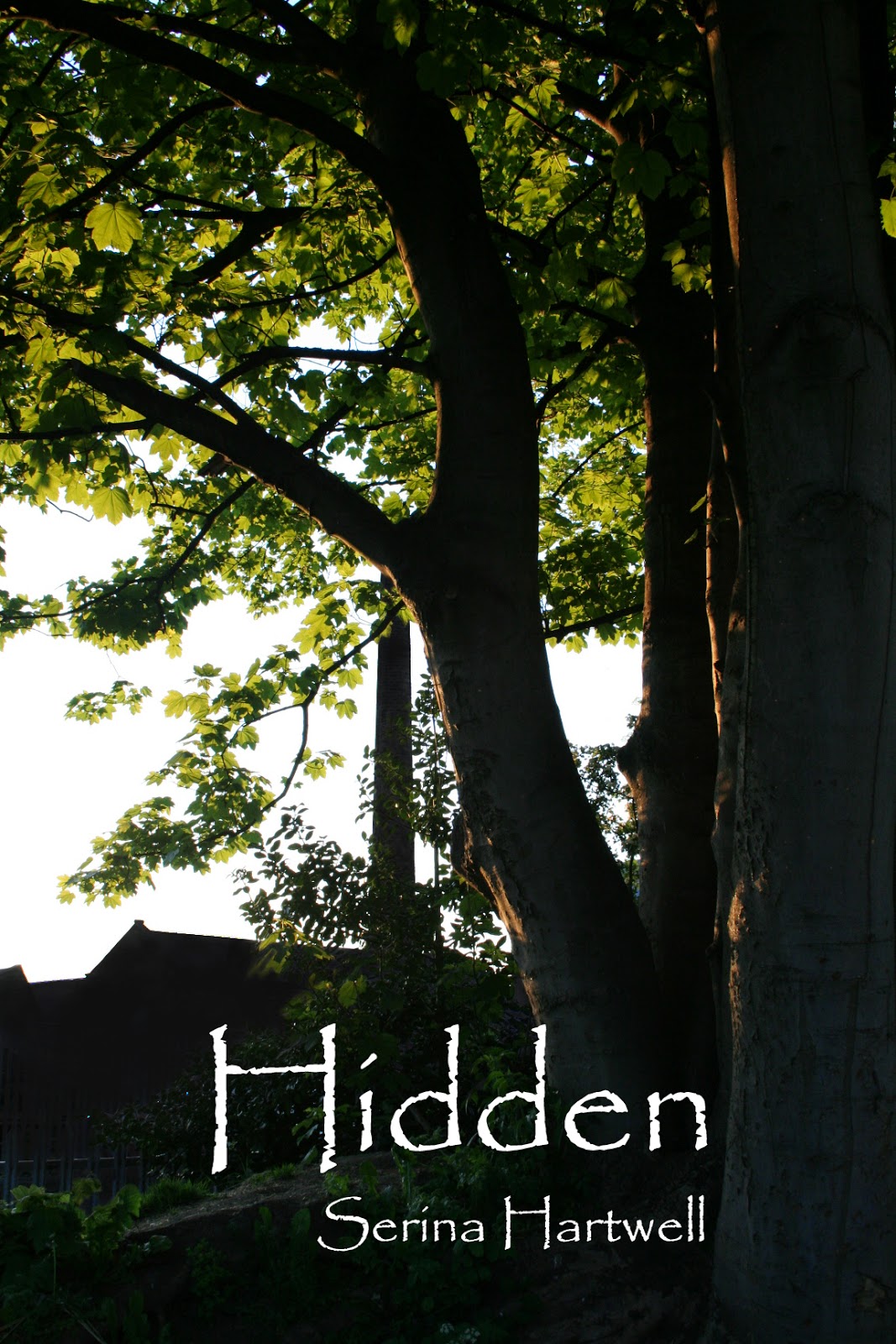 I first dreamt up the Hidden Saga many years ago, while at the bottom of my garden. It was a hot sunny day in the middle of August and I had a thirst that I just couldn’t quench. As I reminisce, I recall heading down with a glass of fresh orange and sitting for the longest time, just thinking, watching the water condensate around my glass and run down onto the table. Water – That was the only thing that I was sure of when I first made the decision that I really had something worth pursuing in Hidden. I had no idea where my story would take me, but it led me along a path that I’m still walking along and the elements became a focal point in Bronte and Bayer’s world.

When any writer decides to write, they have to start somewhere and that can be both scary and exhilarating all at the same time. With the first stroke of the keys, a new writer might have an idea of what they are going to put in their story, but it is very rare that a writer will wake up with a full book in their head, ready to go for their first attempt. When I started the only thing I knew was that I wanted to write a about a family with small children, who were inseparable and would grow up together, so I created Bronte and then Riley, who are best friends in Hidden.

Deciding to create a saga meant that I had to find ways to grow friendships, resolve woes and conflicts, while indicating that my characters had solid family backgrounds. One device I chose was to use food as the means of conveying this to my readers. Without considering its true attributes, food is often used as a means of building bridges, impressing those around us, or that special person in your life. It brings families and friends together, it builds friendships and representatives one’s status. Food is used in all manner of ways in daily life that we take for granted and I wanted to capitalize on that aspect in Hidden.

There aren’t many scenes in Hidden where I use food, but all the scenes I use it in are important, often spelling key moments or significant points in the storyline. I use freshly baked soft muffins and hot chocolate with marshmallows, when Riley goes to visit Bronte in hospital after her accident. I used the food to convey to my audience, not only that they are young, but that there needed to be an application of comfort applied to the visit. This is the sort of thing that we all like, but as teenagers, we tend to see them as too childish to order, and shy away from them. However a caring grandmother would make them to aid a granddaughter’s recovery and help sooth pain. Comfort food screams volumes to my audience that my characters are in need of some TLC. I also have Riley order a hot chocolate when he visits the café with his mother and receives bad news about Bronte. The comfort of the hot chocolate with its decadent luxury is there to soften the blow.

I use this device again later on, when Bronte leaves the hospital and is visited by her friends. Mrs Salvador bakes a cake with Bronte before her friends come round, this is to show how close she is to her grandmother. A shared activity of this nature immediately conjures up a whole host of imagery. My audience can draw upon this to gain an appreciation of the bond between Mrs Salvador and her granddaughter, therefore picking up the caring aspects conveyed by the scene, without me having to go into any detail.

When Bronte returns home from hospital, I throw a family get together with a huge welcome home meal. The size of the meal is there to represent the depth of feeling that her family has for her. Their measure of guilt thrown in there, is to compensate for the fact that they almost lost her in her accident and is characterised by the food put on the table to spoil her. I drew from my own childhood with this. I recall going to visit my grandmother, who lived in the next town. We didn’t drive, so immediately a visit to her house became an event with a degree of formality. I used to love the bus ride there and the fact that she always made a huge Sunday roast dinner with all the trimmings. That was back in the days when I used to eat meat and her roast beef and Yorkshire puddings were to die for, even if I did push the meat around my plate.

My grandmother always made Yorkshire puddings a little different to everyone else I know. They are usually huge crown shaped batters that almost climb out of the tin, but she made them so that they were flat, filling the tin that they were poured into. They still clambered out of the tin, but the walls made it the container needed for the meal. They were the size of dinner plates.

A Yorkshire pudding isn’t sweet despite what its name implies, unless it is made that way. It was meant to be a savoury batter that families used to make the food on the table at meal time go further. They were traditionally made for lower class families, whose incomes didn’t stretch very far, but once tasted, it doesn’t matter what your background, you’ll always want them on your table.

My grandmother used to take pride in telling me about how my dad and my uncles would have one each and how it had become a family tradition. Putting them on the plates, she would fill them with the rest of the dinner then pour gravy over everything. The trick was to eat them without the gravy pouring off your plate, not an easy task when you’re young. I could never get through a whole one back then and brought this memory with me to draw upon when writing Hidden – Book 1 of the Hidden Saga.

Ps. did you know that Trapped - Book 2, is coming soon?

Thanks for stopping by to share your food for thought, Serina!

You can find Serina here:

Amazon
Posted by Shelley Workinger at 9:54 AM