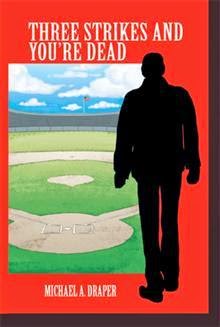 Restaurants and food have an important part in Three Strikes and You're Dead. I believe that a good book should appeal to the various senses – to see, as in well prepared food; to smell, where the aroma of food gets the stomach juiced flowing; and to taste, which is the icing on the food palate.

Early in the story, a trio of friends are meeting at a local coffee shop. Roseanne is the motivator of the group and the force behind them. She feels that her persuasive ability is strongest in a setting outside the four walls of her office. The restaurant has gourmet foods displayed on the counter with various coffee cakes, pastries and toppings for English muffins. There are six choices of coffee from French Vanilla to English Roast on display, enhanced by the aroma of freshly ground coffee.

Roseanne has big news to deliver, so she shares with her brother a light exchange to set the tone: Graham tells Roseanne that she's had so much coffee that her eyes are blinking in Morse code; Roseanne counters, "Your hands are so shaky that when you go to a Mexican restaurant people use your handshake to blend their Margaritas.”

Within this relaxed atmosphere, Roseanne tells the others that she has decided to change careers and become a private investigator. She also wants Graham and Randy to join her in this endeavor because they are a great team; they worked together in the past to solve her husband’s murder. She points out each person’s strongest asset;  where Roseanne has the creativity to pick worthwhile endeavors, Graham possesses the knowledge of investigatory methods from his military experience, and Randy is analytical, reliable, and also able to handle Graham, who has a tendency to fly off the handle.

Yes, Roseanne understands the way to a man's heart is through the stomach, and we see this more than once. After the trio has been working at the agency for a time, Roseanne serves Graham and Randy dinner at her home, starting with a shrimp and scallop casino, followed by veal Marsala with homemade bread from the local Italian bakery, and ending with chocolate mousse.

Once everyone was content and receptive, Roseanne announced that she had applied to the Baseball Commissioner to be part of the investigation group hunting for a murder. The food and wine her brother brought made sure the two men were not upset that she moved without consulting them.

Restaurants also bring a visual element to important scenes. After the three investigators spent time in Florida, they went to a restaurant that their hotel recommended:

At the Blue Door Terrace, their seats overlooked the terrace with its royal palms and fig trees. The white bottom painted on the fig trees added an extra color to the setting, as did the potted trees placed throughout. Randy spotted ficus, mango and hibiscus trees displaying their burgundy red blooms in pictorial fashion. As the group waited for their food, small brown birds fluttered around the tables looking for crumbs.

This is just the point in the story where things are starting to gel; the murderer has left a trail that the investigators can see and they’ve called an FBI friend who he leads them to the climactic confrontation.

So, in Three Strikes and You're Dead, food and drink help relax the characters almost every time they need to make decisions as to what course of action they will take. Works in the story just as well as in real life. :)


Thanks for stopping by to share your food for thought, Mike! 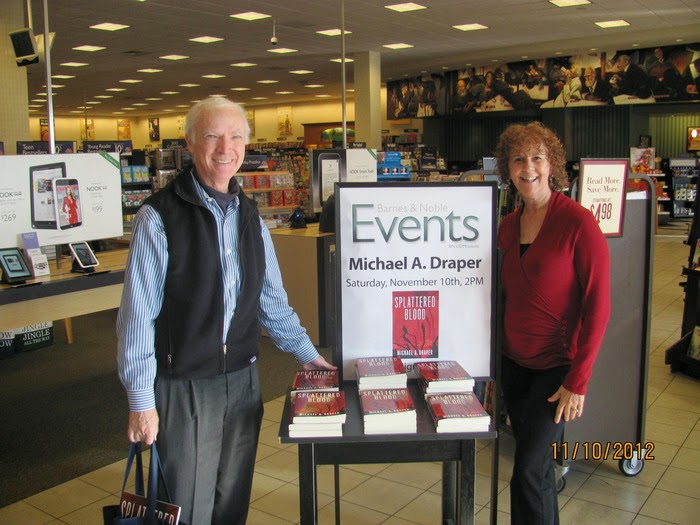 Posted by Shelley Workinger at 11:39 AM