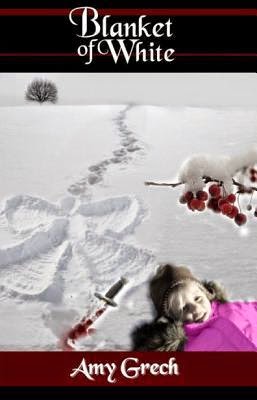 Food and drink play a pivotal role in several of the 14 dark tales contained within my collection, Blanket of White:

In the title story, husband and wife drink coffee in their kitchen, wrapping their hands around the mugs for comfort, as they discuss their wheelchair-bound daughter Suzy; there are snow angels in her future…

“Perishables”:  After a nuclear attack, Placido Sanchez sits hunkered down in his basement surrounded by empty, dented cans of baked beans. He eats his wife Julia’s remains, flawlessly persevered in a walk-in freezer. His wife's thighs contained the sweetest meat he ever tasted.

David Sheffield feasts on Chinese food that sustains him and brings him good fortune on “Initiation Day”, when he meets up with Jim Hanson by the train tracks behind their high school to carry out a dangerous dare.

In “Crosshairs”, Billy Hogan’s father swigs single-malt whiskey at the kitchen table as his son drinks root beer while the elder Hogan schools the younger one about the striking seminaries between handling a woman and a gun.

“Apple of My Eye”: Gia orders Chardonnay to dull her senses after going a few rounds with Daddy’s carving knife. A Martini is the drink of choice for a devious Eye Doctor who sets his sights on the wrong girl…

Thanks for stopping by to share your food for thought, Amy! 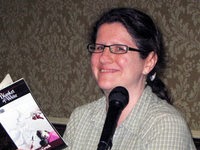 Posted by Shelley Workinger at 4:27 PM